After signing a bill Wednesday banning fracking for oil and natural gas in the state, Inslee announced his opposition to a liquefied natural gas plant in Tacoma and a methanol refinery in Kalama.

“We want to be consistent to that spirit of progress. Therefore, I cannot in good conscience support continued construction of a liquefied natural gas plant in Tacoma or a methanol production facility in Kalama,” Inslee said.

Inslee’s comments came one day after he signed a new law mandating the state reach 100% carbon-free electricity by 2045.

The governor, a Democrat, is running for president and has made fighting climate change a cornerstone of his campaign. He had said early on that the two projects would reduce greenhouse gasses and produce cleaner energy.

But on Wednesday, Inslee said he is “no longer convinced that locking in these multi-decadal infrastructure projects are sufficient to accomplishing what’s necessary.”

Inslee’s office says the governor’s surprise reversal was a direct response to the growing threat of a warming climate.

“As we learn more about the urgency of climate change and the need to act now, long-term natural gas is not consistent with where we want to move as a state,” said communications director Jaime Smith. “Where we once thought we could use these as cleaner options, we just don’t have the time to do that.”

Puget Sound Energy’s $300 million LNG plant is already under construction at the Port of Tacoma. The Puyallup Tribe and environmental groups in Tacoma have been fighting it. Puget Sound Energy officials told KUOW they were surprised by the governor’s switch on their half-built facility.

The Northwest Innovation Works project in Kalama is finalizing its environmental review. The plant would convert liquified natural gas piped in from Canada to methanol. The product would then be loaded onto ships bound for China to be made into plastics and other materials.

A recent investigation by OPB showed that the company has also been marketing the methanol to investors as a potential fuel source. This is in direct contrast to what Northwest Innovation Works has said publicly – and to state regulators – about the project, that it would only be used for plastic products.

When asked if this weighed on Inslee’s decision to oppose the project, Smith said: “Anytime you’re told a project is going to be used for one purpose, and then you’re shown it will be used for other purposes, nobody’s happy to see that.”

“Our project aligns with Washington state’s commitment to carbon reduction,” company spokesman Kent Caputo said in a statement. “We remain confident that the regulatory process will conclude with an approval for this innovative way to make durable consumer products like fleece vests and kayaks.”

Supporters of the methanol plant recalled how Inslee came to Cowlitz County in 2015 to celebrate the project. His reversal led some to wonder whether it is influenced by his presidential run on a green energy platform.

“I worry that Jay’s interests here are more tied to his personal presidential ambition than what the science says and what is right for this state,” said Ted Sprague, Cowlitz Economic Development Council president.

Environmental groups who have criticized the projects applauded Inslee’s change of  heart.

“For years, Washington communities have organized and mobilized to demand the rejection of these fracked gas facilities, and today, Gov. Inslee listened to those calls,” said Sierra Club executive director Michael Brune.

“This is a really big deal,” said Dan Serres, conservation director with Columbia Riverkeeper, “and I think it shows that the Kalama facility has a very short future.”

Inslee emphasized the opposition was his personal stance and the projects would continue to go through the state’s regulatory process. But opponents say his words carry weight, especially for fossil fuel projects originally billed as cleaner energy.

“Having Washington’s governor, who sees himself as a climate champion, speak out about this does change the conversation,” Serres said. 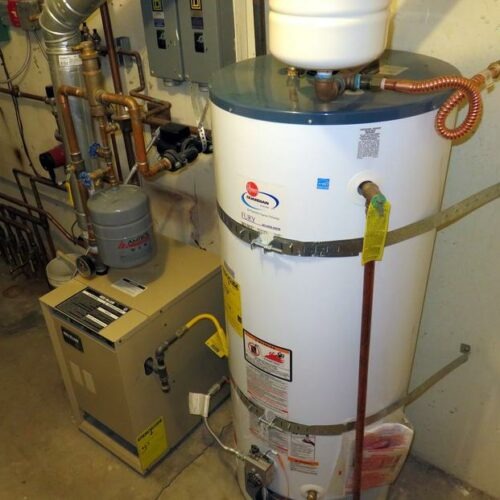 A long goodbye to natural gas furnaces and water heating — and possibly other gas appliances — could begin with action by the Washington Legislature this winter. Separately, the Seattle City Council this week begins consideration of a similar proposal to eliminate fossil fuel-based heating in new commercial buildings. Continue Reading Bye-Bye, Gas Heat? Proposals For Washington Seek To Phase Out Fossil Fuel Heating In Buildings

The Washington Department of Ecology defended its denial by saying the refinery, which would convert fracked natural gas into methanol to be shipped to Asia, would emit vast amounts of greenhouse gases. If built, it would be among the top 10 greenhouse gas emitters in the state. Continue Reading Washington State Regulators Deny Key Permit To Kalama Methanol Refinery