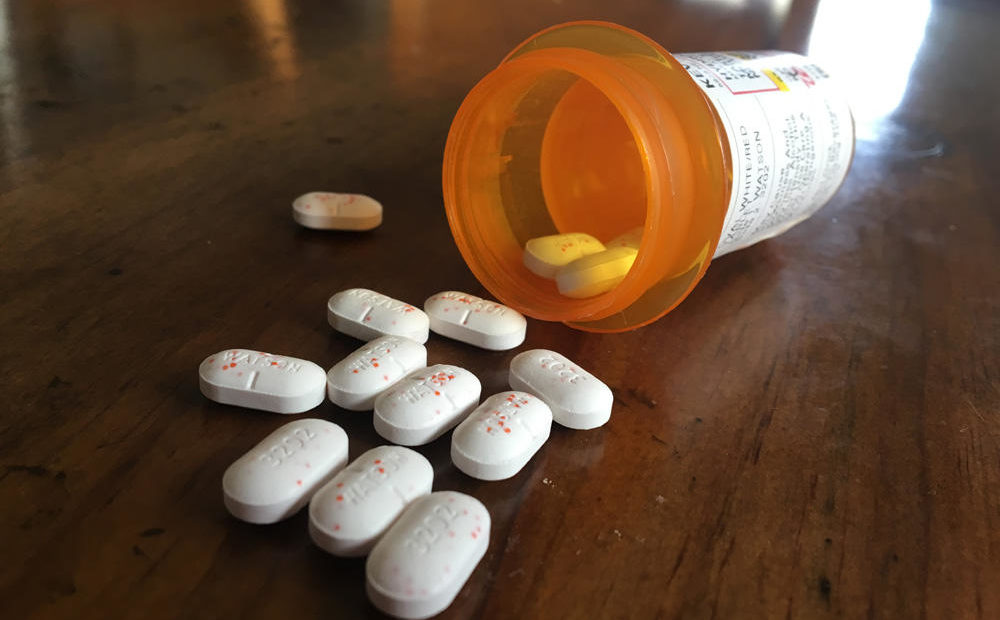 At the same time Washington Attorney General Bob Ferguson is suing three Fortune 15 pharmaceutical distributors for allegedly “fueling the state’s opioid epidemic,” majority Democrats in the Washington Legislature this year left intact a generous tax break for distributors of opioids and other prescription drugs while raising taxes on other business sectors.

The story of why lawmakers didn’t repeal the tax break for prescription drug resellers reveals stark divisions among majority Democrats, as well as the power of lobbying coalitions in Olympia. It also highlights the political complexity and sensitivity around prescription drug prices.

The warehousing of prescription drugs is a highly-regulated, multi-billion-dollar business and a crucial link in the pharmaceutical supply chain. Warehouse companies purchase drugs from manufacturers, store them and then ship them – often in nearly real-time – to hospitals, nursing homes, pharmacies and other health care entities to ensure there’s never a shortage of pills on the shelf.

But in the wake of the nation’s opioid crisis, prescription drug resellers have become the target of lawsuits, as well as federal fines and enforcement action, alleging they failed to properly police the flow of highly-addictive pain medications into states and communities. At the same time, states like Washington have dedicated millions of dollars to fight the opioid crisis through treatment and prevention efforts.

Today, drug resellers in Washington pay a 250% discount off the state’s regular business and occupation (B&O) rate for wholesalers and manufacturers. The industry’s .138% tax rate is also less than half the discounted rate that Boeing and other aerospace manufacturers pay.

According to the state’s Department of Revenue (DOR), 29 prescription drug resellers paid $8 million in Washington B&O tax on more than $5.8 billion in taxable revenues in the fiscal year 2018. Most of that tax — $6.7 million — was owed by just three firms with taxable revenue of more than $1 billion each.

This year, late in the legislative session, Democratic state Sen. Reuven Carlyle of Seattle reintroduced a bill that sought to eliminate the tax discount and dedicate the proceeds, estimated at $20 million more a year, to opioid abuse treatment in rural and high-needs areas.

Carlyle said the tax break is long overdue for repeal – even more so now because of recent lawsuits against the industry’s three biggest players.

In March, Washington’s attorney general filed suit against McKesson Corp., Cardinal Health Inc. and AmerisourceBergen Drug Corp., the nation’s three largest drug distributors with more than 90% of the market and more than $500 billion in revenues in 2018.

The attorney general alleges that the companies “fueled the state’s opioid epidemic” by failing to block and then report to the Drug Enforcement Administration a flood of orders of large quantities of highly-addictive painkillers like oxycodone, fentanyl and hydrocodone into Washington state.

The companies are currently seeking to have the lawsuit dismissed. Both McKesson and Cardinal Health referred requests for comment to their industry trade group, the Healthcare Distribution Alliance (HDA), while AmerisourceBergen did not respond to an email.

In a statement, HDA’s senior vice president of communications, John Parker, said the idea that opioid distributors are responsible for prescriptions “defies common sense and lacks understanding of how the pharmaceutical supply chain actually works and is regulated.”

One week after Ferguson announced his lawsuit against the industry, Carlyle reintroduced his bill to eliminate the industry’s tax break.

But the odds were against him from the start. Since 2007, the Legislature has repealed or let expire just 28 tax breaks out of 279 reviewed by the Joint Legislative Audit Review Board.

The prescription drug warehousing tax break also had a history of withstanding scrutiny and attempts to repeal it.

In 2013, in his inaugural budget, Gov. Jay Inslee proposed its elimination, but the Legislature didn’t act on that recommendation. Later that year, Washington’s Joint Legislative Audit Review Committee reviewed the prescription drug distributors tax break and recommended that it be continued based on the fact out-of-state drug distributors were generally not subject to the B&O tax. Increasing the rate for in-state drug resellers would create a competitive advantage for out-of-state resellers, the argument went.

But in 2015, Washington lawmakers changed the law. Going forward, even wholesalers without a physical presence in Washington would have to pay the state’s B&O tax if they met a relatively low threshold of sales in the state.

In theory, that leveled the playing field between in-state and out-of-state drug distributors. Even so, the tax break endured. In 2017, when Carlyle introduced his repeal bill for the first time, it got a public hearing, but didn’t make it out of committee. That year, House Democrats also proposed repeal. In 2018, the idea got another airing, but died.

This year, Senate Democrats included Carlyle’s repeal proposal in their budget and tax plan. But they quickly ran into stiff opposition from a coalition that included the resellers, pharmacies, chambers of commerce and even the state’s hospice and palliative care lobby. Their general message was that higher taxes on the industry would lead to higher prices for consumers.

“It was astounding the number of people who came forward to oppose the closing of this tax loophole,” said Democratic state Sen. Christine Rolfes, chair of the Ways and Means Committee, who cosponsored the repeal bill.

In testimony before the Senate Ways and Means Committee, an industry lobbyist described prescription drug reselling as a “high volume, high value, yet low profit margin industry” and noted the industry had grown in Washington by 200% since the tax break was first granted.

Another lobbyist urged lawmakers to fund opioid addiction treatment services out of the state’s general fund rather than increasing the tax rate.

Bill cosponsor and Democratic state Sen. David Frockt called the lobbying effort “savvy” and said he was “pretty frustrated” by the public hearing.

“I thought relative to the size and scale of these companies that their relative tax liability was minimal,” Frockt said.

In a statement to the Northwest News Network, the HDA said the repeal of the tax break would have had “far-reaching cost consequences for the entire state of Washington” in the form of higher costs for healthcare services and products.

In addition to the HDA, a national organization, AmerisourceBergen, Cardinal Health and McKesson also have a state-level association, the Washington Wholesale Druggist Association, with three registered lobbyists in Olympia.

While the industry lobbied lawmakers, a public relations firm hired by the HDA began reaching out to reporters. In early April, Emily Wicks of the firm Gallatin Public Affairs sent reporters an email warning that Senate Democrats were poised to increase “the tax burden to safely store and deliver [prescription opioid products] by 250 percent.”

In the email, which did not disclose who Wicks’ client was, she offered an interview with her friend, a late-stage breast cancer patient, who was concerned about the price of the opioids she relied on for pain control.

“Sadly, my friend’s experience is not unique,” Wicks wrote. “Patients and families all over our state will be affected by this.” Wicks’ email also offered an interview with another friend who worked in a pharmacy.

HDA said it doesn’t compensate people to share their perspectives. In an interview, Wicks said the people she offered up for interviews were, in fact, her friends.

Asked if her email was a form of astroturfing, a practice in which a message may appear to be a grassroots effort but where the sponsor of a message is masked, Hicks said: “I do find value in [my friends] being able to share their perspectives on legislation and be part of the dialogue, because that’s often what’s missing is more dialogue.”

Ultimately, the effort to get reporters to write about cancer patients worried about rising prices did not appear to work. In a review of news articles in March and April about the drug reseller bill, none featured cancer patients who opposed repealing the tax break.

In the end, Carlyle said the bill to repeal the tax break did not have enough support to pass out of the Democratically-controlled Senate Ways and Means Committee.

“We had the conversation, we had the debate internally,” said Carlyle. “We’re just a vote or two shy.”

One of the “no” votes was Democratic state Sen. Guy Palumbo, who sits on the Senate Ways and Means Committee. He said he felt the effort to eliminate the tax exemption was too closely related to the lawsuits filed by the attorney general.

“Those were two separate issues and they got conflated a bit,” Palumbo said. “While I’m no fan of B&O tax breaks for big corporations, it’s hard to imagine how this particular bill wouldn’t lead to higher prescription drug prices for grandma.”

Palumbo said the industry did not provide him with an analysis of the impact to drug prices. A lobbyist for the Northwest Grocery Association, however, testified in the public hearing that pharmacies wouldn’t be allowed to pass along price increases to consumers and would instead have to “eat this cost.”

Another “no” vote was Democratic state Sen. Karen Keiser, who also sits on the Ways and Means Committee and has at least one prescription drug warehouse in her south King County district.

“My concern is for the price of prescription drugs and other over-the-counter drugs generally, because those taxes would get passed on to consumers and patients, and this is not a good time to bump up prescription drug prices because they’re going up too fast already,” said Keiser.

Instead, Keiser said she introduced a bill to apply a 37% tax on the warehousing of opioids to match the current tax on cannabis products in Washington. Keiser said the tax bill was in direct response to the attorney general’s lawsuit against the industry.

“I do think opioids should be taxed specifically because I think they are over-prescribed and overused, I don’t think other prescriptions should be,” Keiser said.

But her bill also faced stiff opposition and failed to pass.

“Basically everybody came unglued from every level of the prescription drug chain,” Keiser said.

While the tax-related bills failed this year, lawmakers did pass a bipartisan prescription drug pricing transparency bill. It will require drug manufacturers, pharmacy benefit managers, insurance companies and others to report pricing data to the state. 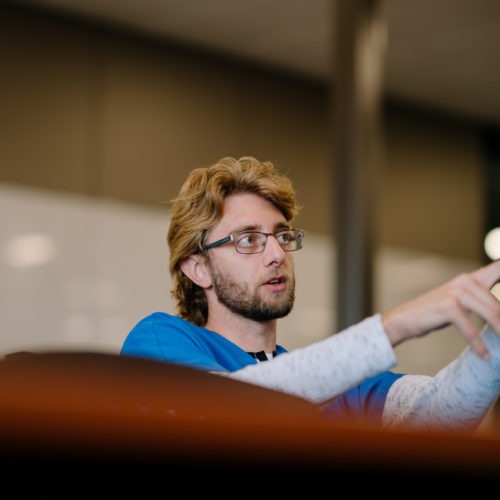 One medical student was addicted to opioids. Another relied on them to control disabling pain. Both think their experiences will help them be better doctors when it comes to prescribing opioids. Continue Reading Yakima Medical Student’s Personal Opioid History Will Help Inform How He Prescribes 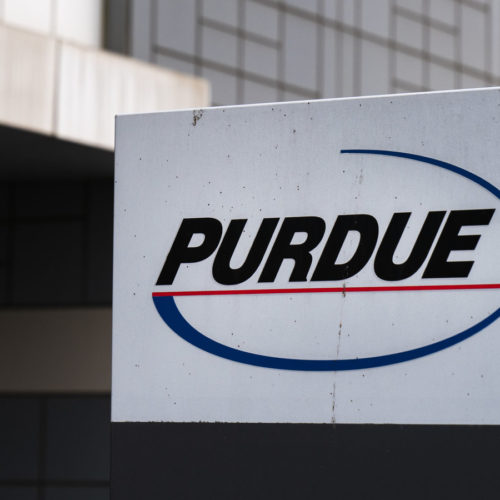