Like the crumbling gasket in your kitchen faucet, sometimes even small parts can mean a lot. Now, federal watchdogs are looking into all types of parts at a $17 billion construction project at the Hanford Nuclear Site.

The Inspector General for the U.S. Department of Energy has found a sample of parts going into a large waste treatment plant at Hanford had problems.

Specifically, parts are not documented properly to insure their safety for nuclear waste processing. The watchdog conducted a nearly year-long study, tracking 10 parts specifically all the way back to what they’re made of, and who manufactured them.

And the company has been under fire for this same issue in the past.

In 2009 and in 2015, the Energy Department’s Office of River Protection reported significant issues with Bechtel properly documenting parts. And in 2010, well-known whistleblower Walter Tamosaitis, who worked for another Hanford contractor on the waste treatment plant, also raised concerns with some of the parts going into the plant. He later settled his case against the contractor URS.

This issue of not documenting or verifying the nuclear grade materials going into the Waste Treatment Plant is also playing out at another Energy site in South Carolina, the report says.  The report says this problem might be a nationwide issue for Energy at all its sites, from lack of “consistent oversight.”

For its part, the Department of Energy says in its multi-page response to the inspector general’s report: “[DOE Office of Environmental Management] firmly stands behind the safety of the items and services that were the subject of the CGD packages at the two facilities that are addressed in the Draft Report, and EM is committed to ensuring that CGD packages continue to provide adequate information to document reasonable assurance that each item and service will perform its intended safety function.”

Federal contractor Bechtel said in an emailed statement Tuesday: “We stand with the Department of Energy behind the safety of Commercial Grade Dedication items and services at [the Waste Treatment Plant].”

The Waste Treatment Plant is scheduled to go online in 2023.

The report from the independent Government Accountability Office says the U.S. Department of Energy has not found the root causes of the partial collapse of the waste-storage tunnel, and that failures in DOE’s investigation, inspections and maintenance of other aging and contaminated facilities is concerning. Continue Reading Federal Watchdog Criticizes Energy Department For Hanford Cleanup, Tunnel Collapse

Washington Department of Ecology leaders say without access to this data, they can’t effectively protect the land, air and water for residents in eastern Washington and surrounding communities. They say they’ve attempted to negotiate this issue with federal Energy managers for years. Continue Reading Washington State Regulators Fine Feds More Than $1 Million Over Hanford Cleanup Data 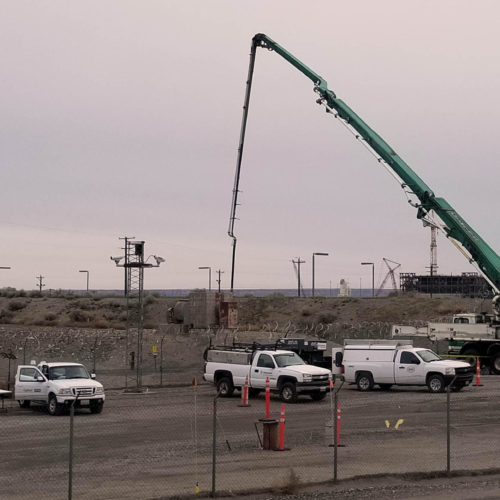 The project to stabilize and seal a large tunnel of radioactive waste has been completed at the Hanford nuclear reservation, according to the U.S. Department of Energy and its contractor.

Our KWSU-TV air signal will be off air overnight tonight for repairs. It will be back on air tomorrow morning.
I would like to support:
×
Radio
TV
NPR & Classical Music
NPR News
KJEM Jazz
×