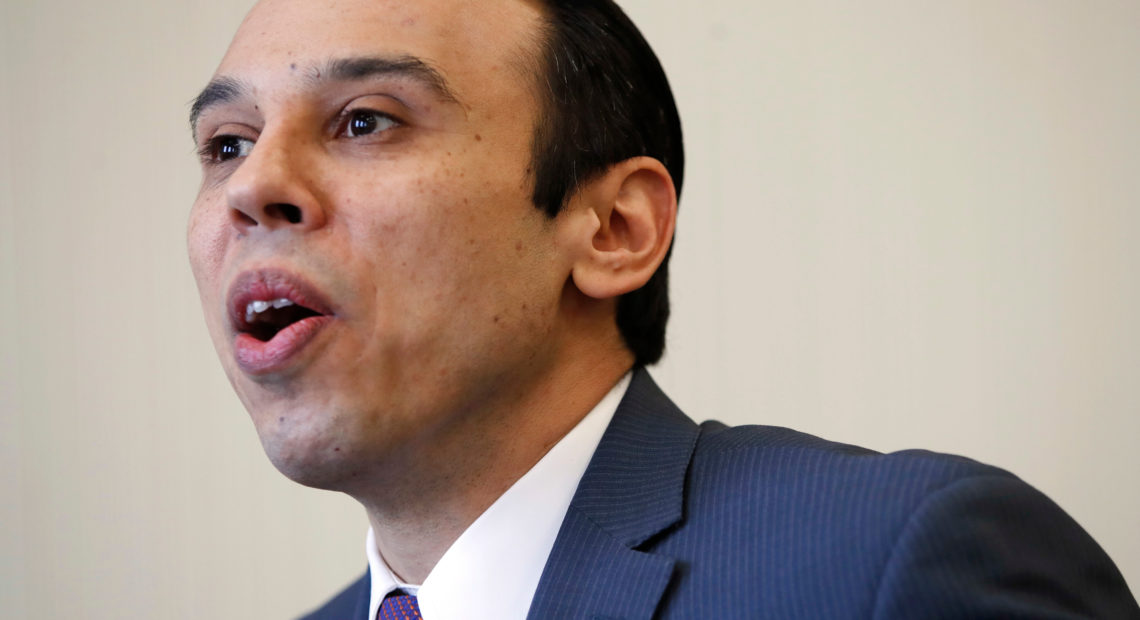 The federal Department of Health and Human Services is proposing to roll back an Obama-era policy intended to protect transgender people from discrimination in health care.

Roger Severino, director of the HHS Office for Civil Rights, said the proposed rule, released Friday, would revise protections put into place in 2016 as part of the Affordable Care Act that defined discrimination “on the basis of sex” to include gender identity. Gender identity was interpreted as one’s “internal sense of being male, female, neither, or a combination of male and female.” 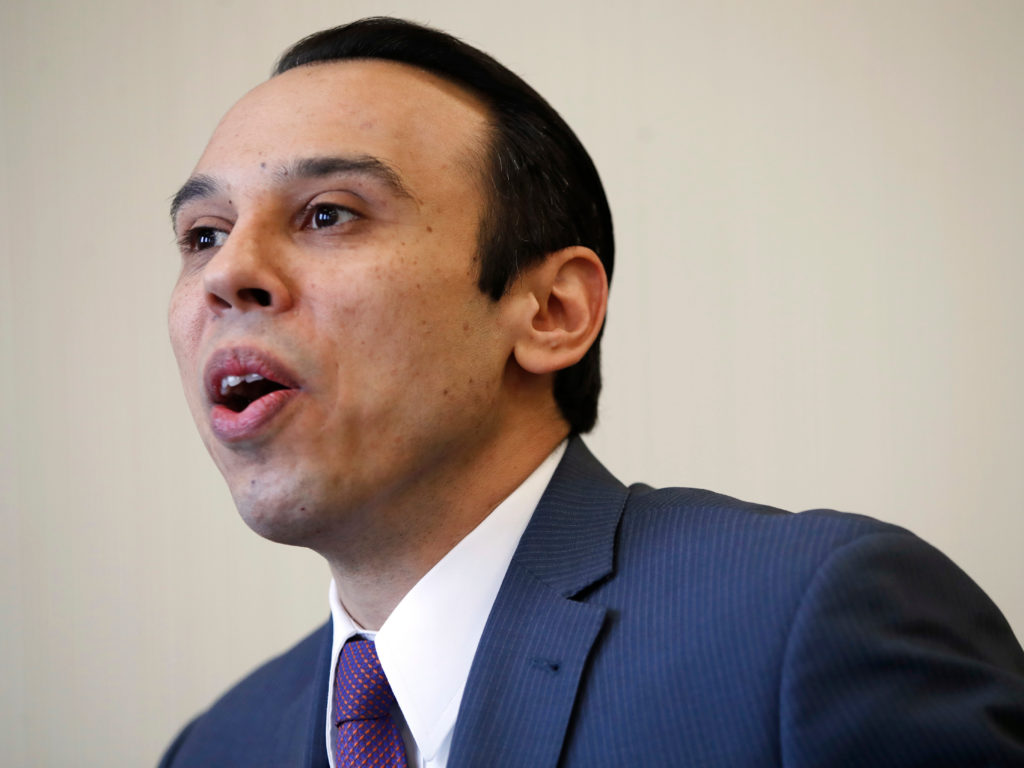 Roger Severino, director of the Office for Civil Rights, announced Friday a new proposed rule rolling back anti-discrimination protections for transgender patients. Those protections had been written in 2016 but enjoined in court.
CREDIT: Jacquelyn Martin/AP

Two lawsuits temporarily blocked that definition from being implemented. Today’s proposed action by HHS would go along with those court rulings and permanently remove gender identity from the classes protected from discrimination by the health care law.

Severino said at a press briefing that the proposed rule conforms with existing law.

“When Congress prohibited sex discrimination, it did so according to the plain meaning of the term, and we are making our regulations conform,” said Severino in a statement.

“We have concluded in our most recent filing with the court that discrimination on the basis of sex does not cover gender identity,” he said during a press briefing.

Jocelyn Samuels, the former head of HHS’s Office for Civil Rights, says that the 2016 policy defining sex to include gender identity was based on how the courts had treated sex discrimination laws in education and employment.

However, that rule had been on hold after a Texas judge, on the last day of 2016, ruled that the Obama administration exceeded its authority by interpreting sex discrimination to include discrimination against transgender people. The Trump Administration signaled that it intended to reverse the rule when it told the judge there was no need to issue a final ruling because it was rewriting the rule.

Samuels says that although HHS has not enforced the rule since the judge’s ruling in 2016, people who felt they had been discriminated against on the basis of gender identity could still sue their doctors, for instance, and let the courts decide if they were protected.

“The Administration has taken the position that there is no federal remedy for gender identity discrimination in employment, in education, in homeless shelters and now has proposed to take that position in the health care context as well,” she says.

A 2017 NPR poll found that 31% of transgender Americans lack regular access to health care. And 22% said they avoided doctors or health care for fear of being discriminated against. The poll is part of a partnership with the Robert Wood Johnson Foundation and the Harvard T.H. Chan School of Health.

The Human Rights Campaign says fear of discrimination causes many LGBTQ people to avoid seeking medical care. The group cites studies that show that 70 percent of transgender patients say they have experienced discrimination in a health care setting.

“Everyone deserves access to medically necessary care and should never be turned away because of who they are,” says David Stacy, the group’s director of government affairs.

Those who cheered today’s news focused on what it means for health care providers who have religious objections to providing procedures connected to gender transition, for instance.

“This proposal is a step in the right direction because it protects the doctor-patient relationship and ensures that no doctor will be forced to provide medical procedures in violation of his medical judgment and at risk of patients,” says Luke Goodrich, vice president of the Becket Fund for Religious Liberty.

This week, the Department of Housing and Urban Development also proposed a new rule related to transgender people. It would undo protections for transgender people who go to federally funded homeless shelters. Critics say the change would allow shelter operators to turn transgender individuals away because of their gender identity, or to require transgender men to use women-only shelters and vice versa.

Today’s proposed rule from HHS’s Office for Civil Rights also proposes to reverse language in the Obama-era rule that included termination of pregnancy in the definition of sex discrimination.

It also would retain language in the 2016 rule that ensured protection for persons with disabilities in health care settings. It includes provisions to provide language access to non-English speakers. In addition, it rolls back regulation requiring the mailing of language access notices. HHS estimates it will save $3.6 billion in the first five years after finalization.

Severino said that his office would continue to vigorously enforce prohibitions of discrimination on the basis of race, color, national origin, disability, age and sex in health care.

Selena Simmons-Duffin contributed to this report.