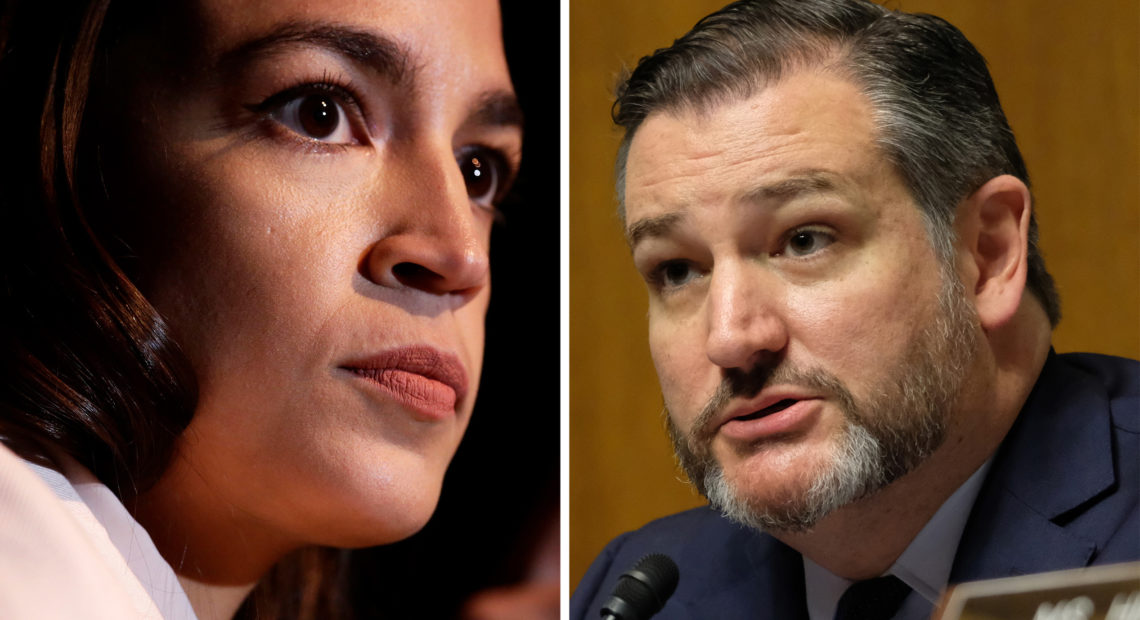 The two lawmakers who have often been at odds found common ground in a place that often highlights polarizing opinions: Twitter. That’s where Cruz and Ocasio-Cortez vowed to set aside their differences and work on new lobbying restrictions for lawmakers. Now an unlikely coalition is forming around their joint effort.

It started when Ocasio-Cortez tweeted Thursday morning that members of Congress shouldn’t be allowed to become corporate lobbyists.

“At minimum there should be a long wait period,” she wrote. Ocasio-Cortez cited a statistic from Public Citizen, in which the advocacy group reported that among former Congress members who move to jobs outside of politics, nearly 60% start lobbying or otherwise influencing federal policy.

It didn’t take long for Cruz to chime in.

“Here’s something I don’t say often: on this point, I AGREE” with Ocasio-Cortez, Cruz stated. He went on to say that he has long called for a lifetime ban on former members of Congress becoming lobbyists.

“The Swamp would hate it, but perhaps a chance for some bipartisan cooperation?” he asked.

By early afternoon, Ocasio-Cortez said she would co-lead a bill with Cruz — if there were no “partisan snuck-in clauses, no poison pills.”

Cruz, who has previously argued with the freshman Democrat on Twitter, agreed.

At least one politician from each side of the aisle came forward to support the pact: Sen. Brian Schatz, D-Hawaii, tweeted, “IN,” and Rep. Chip Roy, R-Texas, offered to lead or co-sponsor a bill in the House.

Craig Holman, who lobbies on ethics, campaign finance and lobbying on behalf of Public Citizen, told NPR that it is “heartening” that Cruz and Ocasio-Cortez moved to bridge the deep partisan divide.

“I am not sure if Congress will be willing to adopt their proposed lifetime ban,” Holman said in an email. He added, “but the sheer fact of a left-and-right agreement that the revolving door is a grave problem that must be addressed is going to move the ball forward.”

Neither Cruz’s nor Ocasio-Cortez’s offices immediately responded to a question from NPR about whether their staffers had started to collaborate on potential legislation.

The so-called revolving door of Washington has been spinning for years. Dozens of former members of Congress have moved on to careers influencing the federal government on behalf of corporations, according to OpenSecrets.

Of the nearly four dozen lawmakers who left office in the wake of the 2016 election, “one in six became lobbyists,” The Atlantic has reported. The magazine said the number was even higher after the 2014 midterms, when “around one in four became lobbyists.”

In the executive branch, at least 187 political appointees of the Trump administration previously worked as federal lobbyists, ProPublica reported last year. And many of them were put into positions supervising the same industries for which they had once lobbied.

Senators who leave office cannot become lobbyists for two years, under a law that was adopted in 2007. In the House, representatives face a one-year cooling-off period.

“The difference was due to a reform effort led by then-Sen. Obama back during the Honest Leadership and Open Government Act of 2007,” Holman said of that effort. “We tried securing two years for both chambers, along with a ban on strategic consulting during that two-year cooling off period, but House committee chairmen revolted and struck down the revolving door restrictions for the House.”