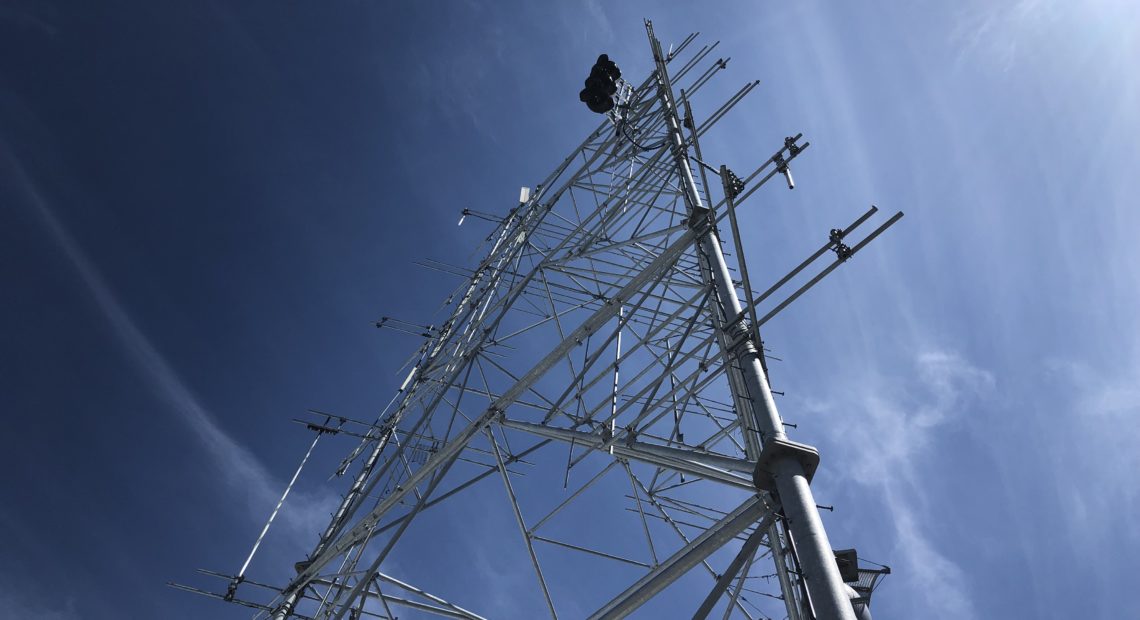 What Happened To My Radio? A Recap Of The KNWR/KHNW Outage In May

If you listen to the NPR and Classical Music station in Central Washington, you probably noticed in early May that the station was off the air for a long time. KNWR and KHNW and subsequent translators were off the air for six days due to a power outage. Then, due to equipment problems, 90.7 was rebroadcasting KFAE from the Tri-Cities until KNWR’s equipment could be fully repaired. The total time KNWR was in limbo was 13 days.

KHNW is a repeater of KNWR. What you hear on KHNW on 88.3 in Chelan originates from the KNWR 90.7 Wenatchee signal. When KNWR goes off the air, so does KHNW. Though both were affected, technically, only KNWR had the issues mentioned in this article and only KNWR will be referenced.

Northwest Public Broadcasting (NWPB) has a lease with the Washington State Department of Natural Resources (DNR) at Naneum Ridge, where KNWR lives. The generator on site belongs to DNR and they are contractually responsible for keeping it fueled. 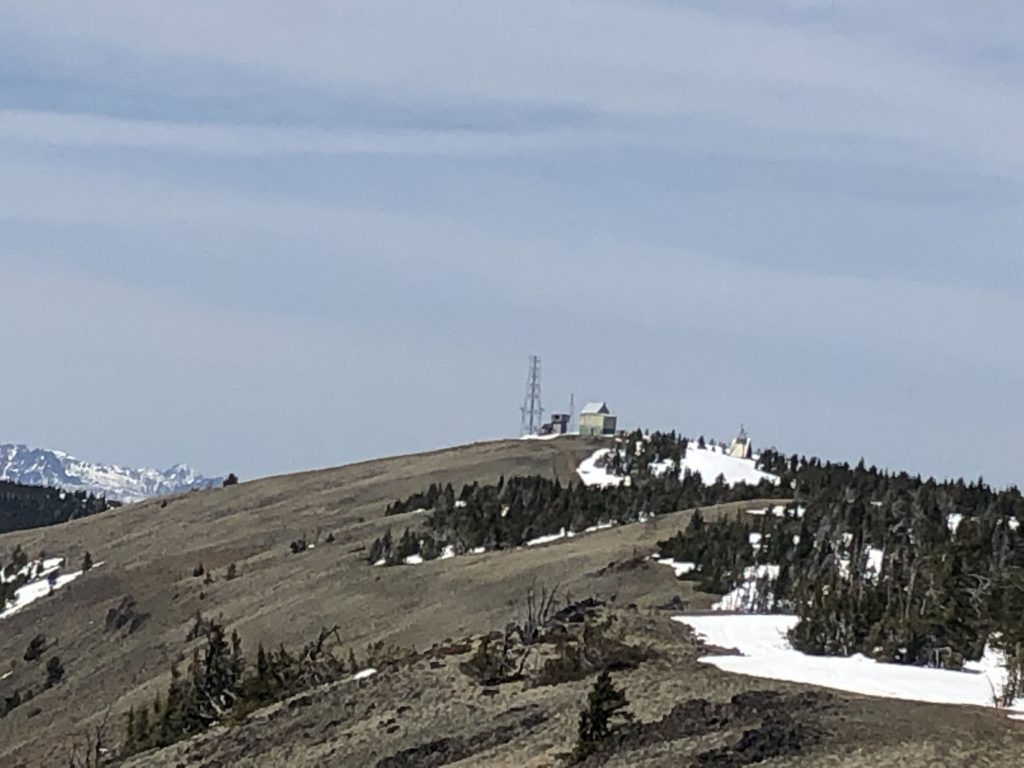 Here’s a timeline of what happened:

KNWR goes off the air in the evening, after hours.

The NWPB engineering department discovers there is a power outage at KNWR. There is still snow covering the road to the site and the site cannot be accessed by standard vehicles.

There is a backup generator at the site, but it had been running for several days and ran out of fuel – which is when KNWR went off air. There was no alert from the power company about an outage, nor was there any indication KNWR was running on back-up power.
NWPB alerts both the power company and the DNR about the outage and generator being out of fuel.


The power company searches for the cause of the power outage. They know there’s a break in the power line, but they must check miles of power lines on remote mountain tops to find it and are unsure how long it will take.

DNR decides they cannot send fuel up to the site because they have already stored their snow equipment for the season.  KNWR remains off-air.

Saturday, May 4 and Sunday, May 5:
No change. Still waiting for the power to come back. 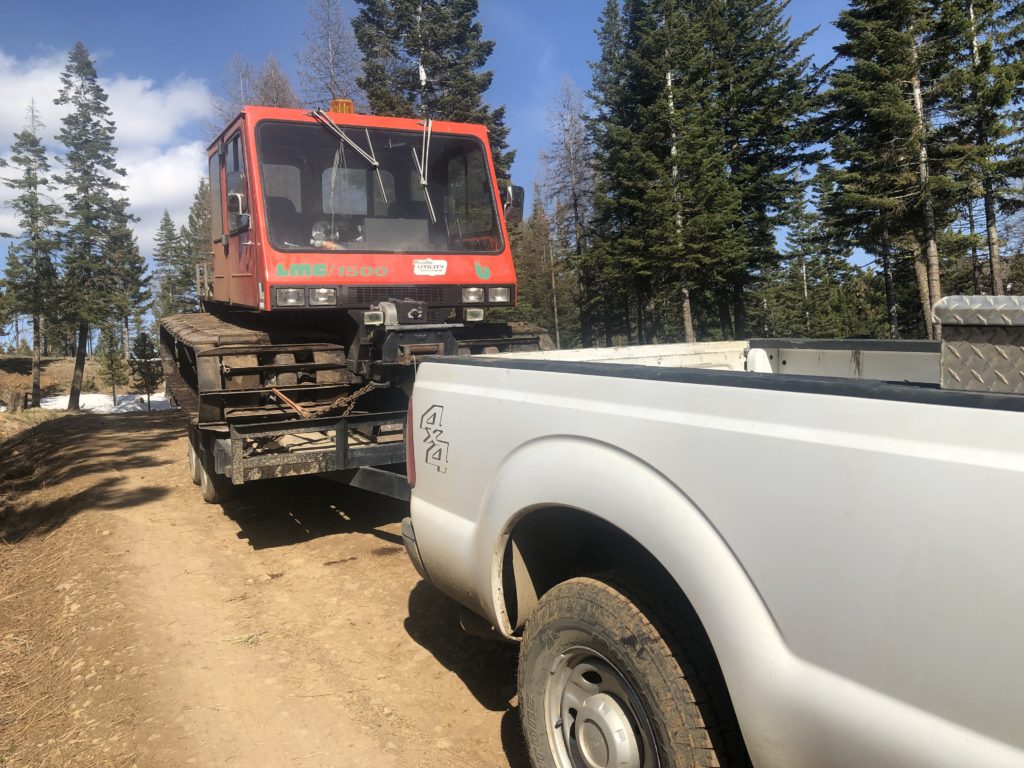 Monday, May 6:
Engineering decides to stop waiting and transports NWPB’s Snow Cat on a trailer with 150 gallons of diesel.
This takes all day as the Snow Cat is stored in another location. The fuel and travel costs are all at NWPB’s expense. 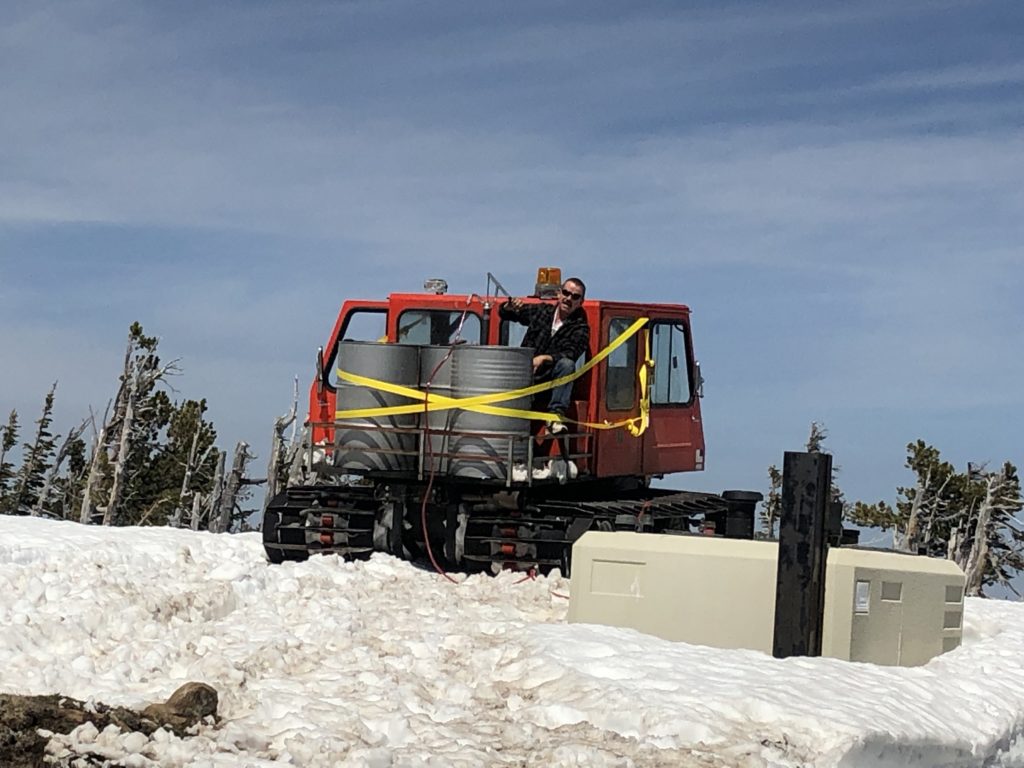 Tuesday, May 7:
NWPB engineering treks to the top of Naneum Ridge and refuels the generator and gets KNWR to half power – full power would use more fuel, and it’s unclear how long it will take the PUD to restore utility power.

Once the generator is powered up, it’s discovered that the piece of equipment that transmits the signal to air is damaged, possibly by a power surge. This means KNWR can’t be on-air yet.

Wednesday, May 8 to Sunday, May 12:
After troubleshooting, engineering discovers, luckily, the equipment just needs a part replaced.
The piece is procured and replaced.

Monday, May 13:
The repaired equipment is installed and KNWR is finally fully restored.

As this instance illustrates, whenever a station is off the air, there are multiple factors in the mix. 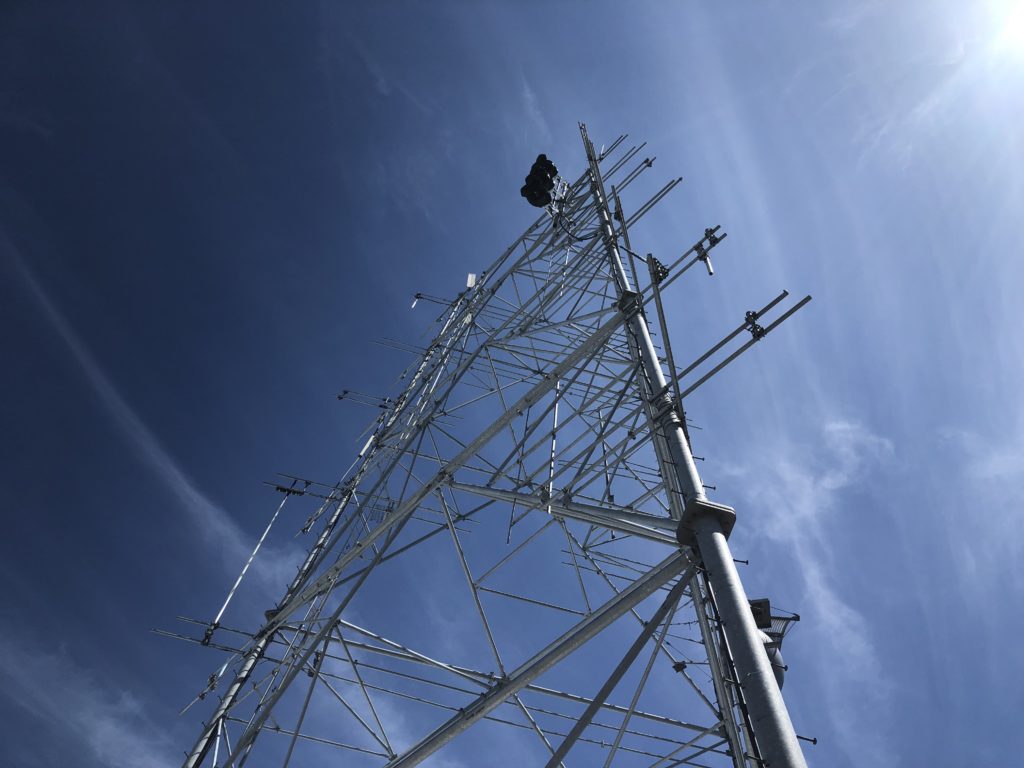 In this case, not only was there a power outage, but there was also an interruption of resources from DNR, compromised equipment, and a very remote, difficult-to-access location. All these things ultimately lengthened the time which KNWR was off the air.

When NWPB goes off the air, it seems as if there’s an empty space in your life.
But, when you hear silence, rest assured that NWPB is working to make it right. What you can’t see or hear during an outage is all the overtime of troubleshooting, repairing, and travelling the NWPB team is doing to fix it and make it right for you and all our listeners.

Our listeners are the focus of everything we do. From the news gathered in the region, to the programs you hear, to the equipment used to transmit it. It’s a complex network of systems that work 24/7, every day of the year to keep you informed, and to fulfill the mission of Northwest Public Broadcasting to engage, enlighten, and entertain.