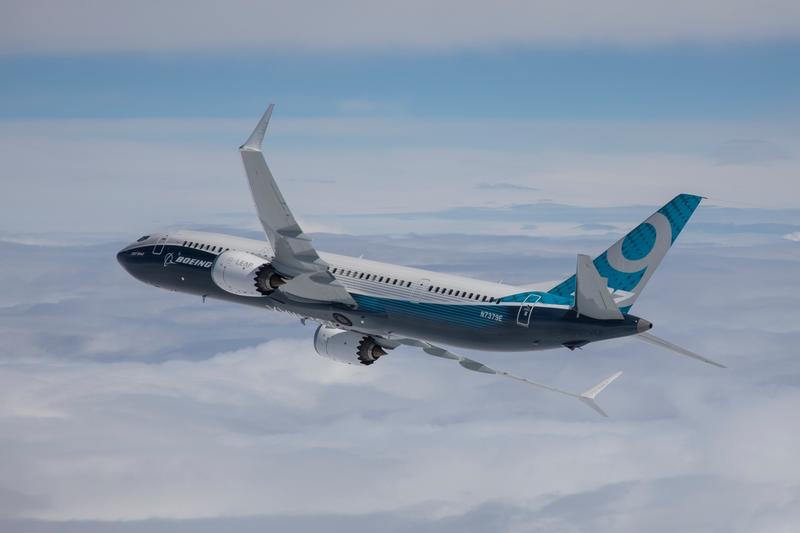 Boeing is running out of space to park grounded 737 Max jets in the Puget Sound region and is now sending some of its Renton, Washington, factory output to Moses Lake’s spacious airport.

The Boeing 737 factory continues to crank out Max series jetliners. They can’t be handed over to customers until government regulators approve the revised flight control software. So, undeliverable 737s are stacking up. Spare taxiways and tarmacs at Renton Airport, Boeing Field and Paine Field in Western Washington are crammed with factory-fresh Max jets.

As of this past weekend, newly produced planes were being shuttled to Grant County International Airport in Moses Lake, Washington. The expansive airport is a legacy from when the Air Force stationed B-52 bombers there at what was then known as Larson Air Force Base. Larson AFB was closed in 1966. Boeing spokesman Paul Bergman said other Max planes are being stored temporarily in San Antonio, where Boeing has a large maintenance base.

Richard Mueller, Port of Moses Lake operations director, said the airfield is happy to accommodate the spillover of planes from Puget Sound. He said Boeing parked six 737 Max jets on its company-owned ramp as of Monday afternoon. Mueller said the port authority would lease Boeing additional space if the company’s own property gets “maxed out.”

“The desert is a good place to store airplanes,” Mueller added, in reference to the low humidity.

It remains unclear when the 737 Max will be cleared to fly commercially again. The Max fleet was grounded globally in mid-March in the wake of two fatal accidents connected to faulty sensors and automated flight control software.

Boeing is still allowed to do test flights and both the plane maker and airline customers that already have possession of Max jets can move the aircraft from place to place with a skeleton crew onboard. Aviation bloggers/tweeters estimate that Boeing has more than 125 Max jets in storage at various airports. The first planes to be parked in Moses Lake are painted in the colors of United and Southwest airlines.

Earlier predictions of a return to commercial service by late summer now appear overly optimistic. At the Paris Air Show on Sunday, Boeing CEO Dennis Muilenberg said the company was making progress getting the Max recertified, but there is no specific timetable to return to the skies with passengers.

“We’re going to bring a Max back up in the air that will be one of the safest airplanes ever to fly,” Muilenburg told reporters. “But we also know it will take time rebuilding the confidence of our customers and the flying public, and this will be a long-term effort.”