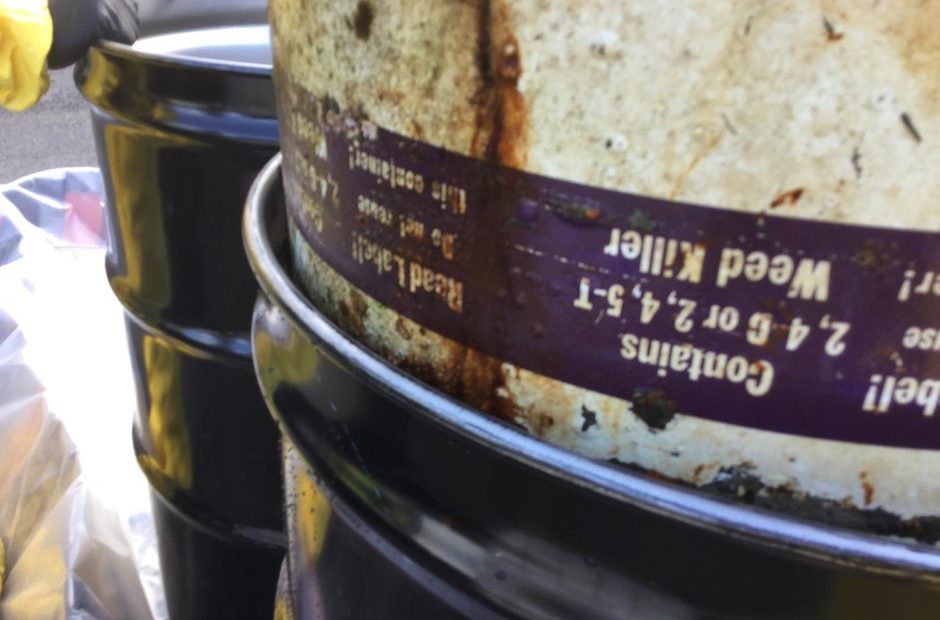 It’s been a tense month in Joseph, Oregon. The town of just over 1,000 residents usually bustles with tourists in the summer. Nestled at the edge of a prairie in the Wallowa Mountains, it’s known for bronzeworking, rodeo, hunting and outdoor recreation.

But for the better part of a month, the town in Oregon’s northeastern corner has been associated with something else: the toxic herbicide Agent Orange, which the military used liberally during the Vietnam War. National headlines suggested barrels of Agent Orange were found in nearby Wallowa Lake.

Joseph went viral. Hotel owners started receiving calls asking if the lake was safe. Staff worked to reassure visitors, and while many tourists still made reservations, others canceled theirs. “Agent Orange” and “Wallowa Lake” were even trending on Twitter in Portland, 300 miles away.

But there was never any evidence of Agent Orange in the lake —  even any barrels labeled “Agent Orange.” And then last week, government tests showed that the lake’s water was free of any chemicals and was safe to drink, a relief to residents of Joseph, who draw their drinking water there.

Residents of Joseph just want the whole thing to end: They’re tired of answering tourists’ questions about a toxic lake that isn’t toxic, and probably never was. So how did the story get so out of control?

“It was surreal. We were getting calls from people as far away as Alaska asking if we were OK, if there was Agent Orange in our water,” says Becky Rushton, owner of Joseph’s Indian Lodge Hotel.

Rushton is also president of the local chamber of commerce, so she knows when Joseph makes national news. Last year, Joseph was featured in a New York Times story touting the area’s quaint hotels. This year, Joseph’s (unsubstantiated) Agent Orange scare made the national political publication The Hill, and even Russia-owned propaganda network Sputnik News wrote about the toxic fears.

Rushton says locals have always regarded their lake as clean, and knew that empty barrels used to be dumped in it or used as flotation devices. The lake is tested for certain herbicides regularly, and had never tested positive.

“I was never overly concerned about it,” says Rushton, “But I was worried about business and rumors. Once a rumor gets started, it’s hard to stop.” 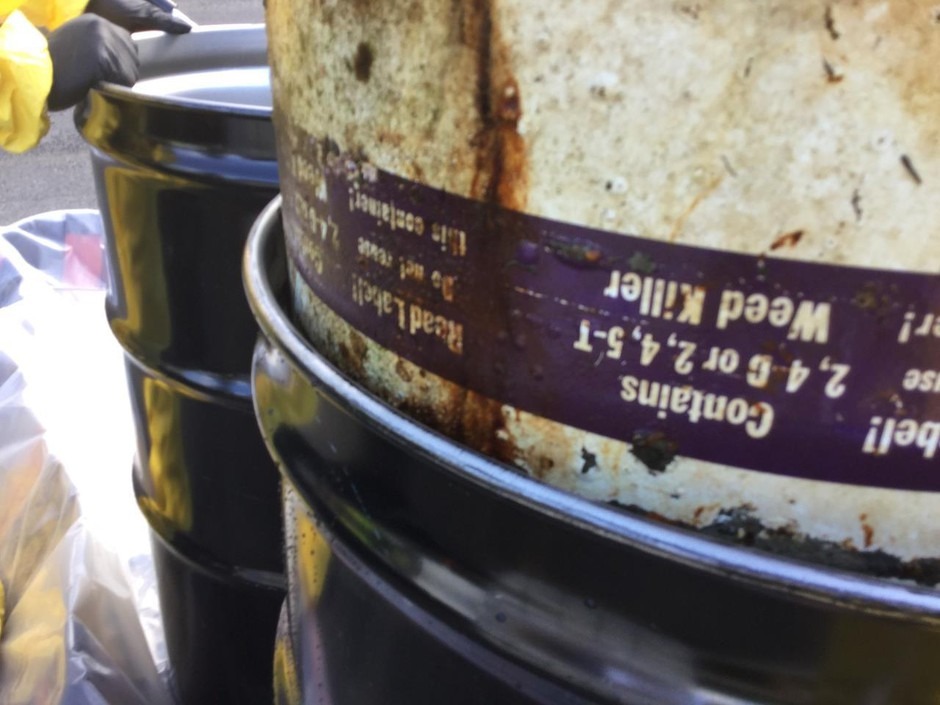 A barrel that once contained either 2,4,5-T or 2,4-D was removed from Wallowa Lake. When combined at high strengths, those chemicals create Agent Orange, an herbicide that was used during the Vietnam War. Tests on lake water showed it is safe. CREDIT: U.S. EPA

So, the facts: Divers did report finding at least one barrel labeled “2,4-D or 2,4,5-T”. Both 2,4-D and 2,4,5-T are herbicides that, when combined at maximum strength with a few other chemicals, create Agent Orange. But barrels labeled like this would contain lower concentrations of one of the two chemicals, not both. While 2,4,5-T has since been banned in the United States, 2,4-D is still available for agricultural use.

Although not the feared Agent Orange, those herbicides can be harmful in large quantities, especially to fragile ecosystems.

Lisa Anderson of Blue Mountain Divers was one of the people who found the barrels. She’s a military veteran whose training familiarized her with the military herbicide. So when she saw the label, she knew she had to report it to the EPA, and sent in a preliminary report. But for health-related reasons, it took ten months for the EPA and the divers to meet and to confirm the report. In the meantime, Blue Mountain Divers posted another video saying they’d found barrels labeled with Agent Orange ingredients. And those words were the ones that appeared in headlines when the story got picked up locallyand nationally.

William Lambert, who was also on the dive when they found the barrels, was surprised that the story took off.

“I knew that either the barrels were intact, or that whatever was in them was long gone,” he said, and even if something was leaking, he thinks it would have been diluted pretty quickly. “Wallowa Lake is a big lake.”

But the damage was done. When hotel owners got calls from concerned tourists, they weren’t asking about “2,4-D.” They were asking about Agent Orange.

In the meantime, the EPA began documenting and removing barrels from the lake. They found five: one labeled “2,4,D or 2,4,5-T”, one labeled “Hosp” and one labeled “Diesel.” They also removed two other barrels that looked like they might be intact. They were full of lakewater. The EPA also tested water from the barrels, from the town’s drinking supply, and from the sediment at the bottom of the lake. All came back clean.

While the EPA was on site last month, recreationists continued to use the lake. (“It was full of people fishing,” Anderson says.) But two visitors to Rushton’s hotel left after heading to the lake and seeing the EPA hazmat team. “They said, ‘you know, we’re just gonna move on. We’d like our money back.’”

It’s unclear what kind of economic impact the barrel scare is having on Joseph’s summer tourism season.

“It’s been slower than normal,” Rushton says. “But that might just be the weather. I know other properties have had cancellations. It’s a very sad situation.”

Most hotels operators that we spoke with in Joseph reported a few cancellations, but they also said they’ve been busy. All said guests have called in, concerned about rumors.

Once Kirk Makin of the Mt. Joseph Lodge told his prospective guests that all the tests came back clean, they made reservations. Even so, he says the barrels are still all anybody talks about.

Many local residents wish that wasn’t the talk when it comes to Joseph. Some have taken to the local paper’s Facebook page to vent their frustrations, wishing that the EPA report had never happened.

Bill Dunbar, an EPA spokesperson, says he doesn’t blame the divers for their fears.

“It’s easy to see how a Google search could make them think there was Agent Orange,” Dunbar said. He adds that the EPA uses citizens as its eyes-on-the-ground, and relies on reports like Anderson’s to find chemical spills. Sometimes, like this time, those fears are unfounded. But other times they aren’t.

Anderson says Blue Mountain Divers has received a lot of complaints, and even one threat.

“If I found another barrel,” says diver Lisa Anderson, “I might not report it.”

The Environmental Protection Agency has begun removing potentially contaminated barrels from Wallowa Lake. Despite initial fears, the barrels seem to have been full of lake water, though the EPA is waiting for test results to confirm that the water and barrels are indeed clean. Continue Reading EPA Begins Removing Herbicide Barrels From Eastern Oregon’s Wallowa Lake