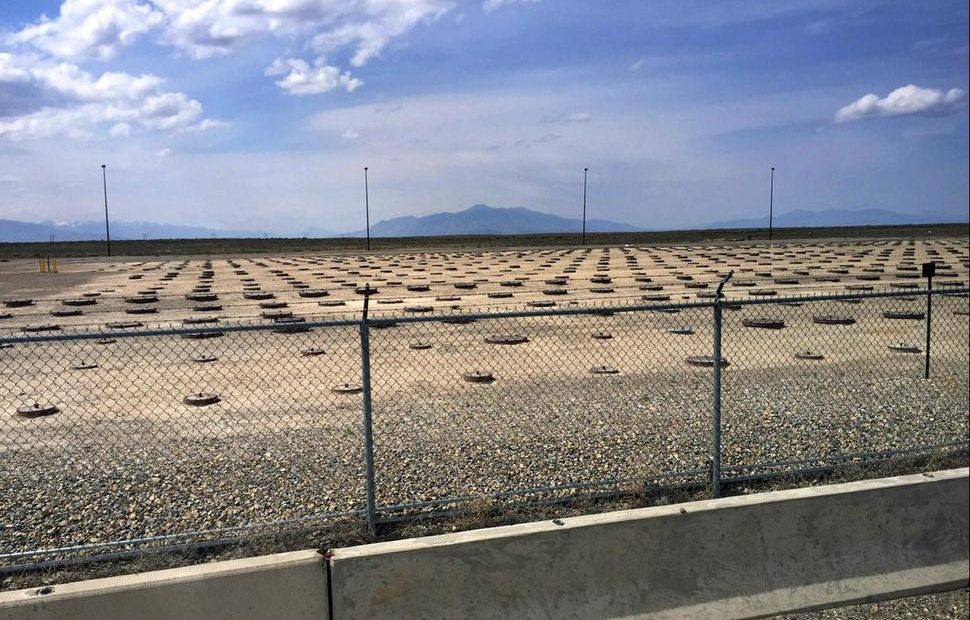 Radioactive waste shipped to Idaho during the Cold War has been compacted and sent out of state for permanent disposal, officials said Wednesday.

A U.S. Department of Energy contractor, Fluor Idaho, said nearly 26,000 cubic yards (20,000 cubic meters) of waste contaminated with plutonium-238 has been sent to a storage facility in New Mexico.

The waste was produced at a Department of Energy facility in Miamisburg, Ohio, and sent to the Energy Department’s 890-square-mile (2,305-square-kilometer) site near the Idaho National Laboratory. The Energy Department has been cleaning up the Idaho site following legal battles that were settled in the 1990s.

The waste arrived in 72 containers 12 feet (3.66 meters) tall and 15 feet (4.5 meters) long and was stored above ground. Workers cut into the containers to get at the waste so it could be placed in barrels that were compacted into the size of hockey pucks.

“What we found was that the plutonium-238 was extremely fine,” said Fluor Idaho spokesman Erik Simpson. “Because of that, once crews cut into the boxes, it became airborne much more easily.” Simpson said beefed-up ventilation and filtration controls were put in place.

“The size of the waste boxes, the unique waste components inside, and the radiological contamination in these boxes was some of the most difficult materials to control,” Fluor Idaho Manager Jason Chapple said in a statement.

The facility in Ohio operated from 1948 to 2003. It initially worked on early atomic weapons, and later became a production facility supporting weapons, energy and space missions. It sent waste to Idaho from 1978 to 1982.

The compacted waste was sent to the Waste Isolation Pilot Plant near Carlsbad, New Mexico.