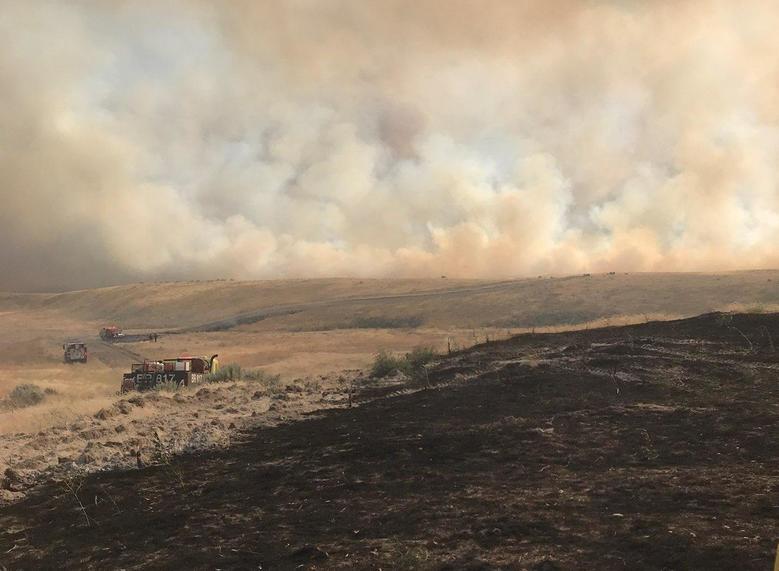 A wildfire continued burning today near the Hanford Nuclear Site on and around the Hanford Reach National Monument. The Cold Creek Fire is burning sensitive, federally protected habitat. As of Friday evening it was estimated at nearly 42,000 acres and 60 percent containment.

The fire began Thursday afternoon, and was already a big burn by sundown. Firefighters battled the blaze last night in heavy winds that had prompted a Red Flag Warning of critical fire danger for much of central and eastern Washington on Thursday. Winds had calmed Friday morning, and firefighters are working to burn areas ahead of the fire to starve it of fuel.

This fire is burning in an area that’s been protected ground for many decades. It was part of the massive Hanford Reservation and now is a protected area managed by U.S. Fish & Wildlife. This habitat of sagebrush and bunch grass is home to rare plants and charismatic critters like: Sage grouse, pygmy rabbits and burrowing owls.

It’s burning south of the Columbia River between the Tri-Cities and Mattawa. The area is prone to quickly spreading fires in the summer with its fine fuels of grasses and sage brush. Earlier this week, the so-called Powerline Fire in Grant County near Mattawa prompted evacuations in that town along the Columbia River south of Vantage.

In the sagebrush-studded desert landscape, Rattlesnake Mountain can be seen for miles and miles against the robin’s-egg sky. 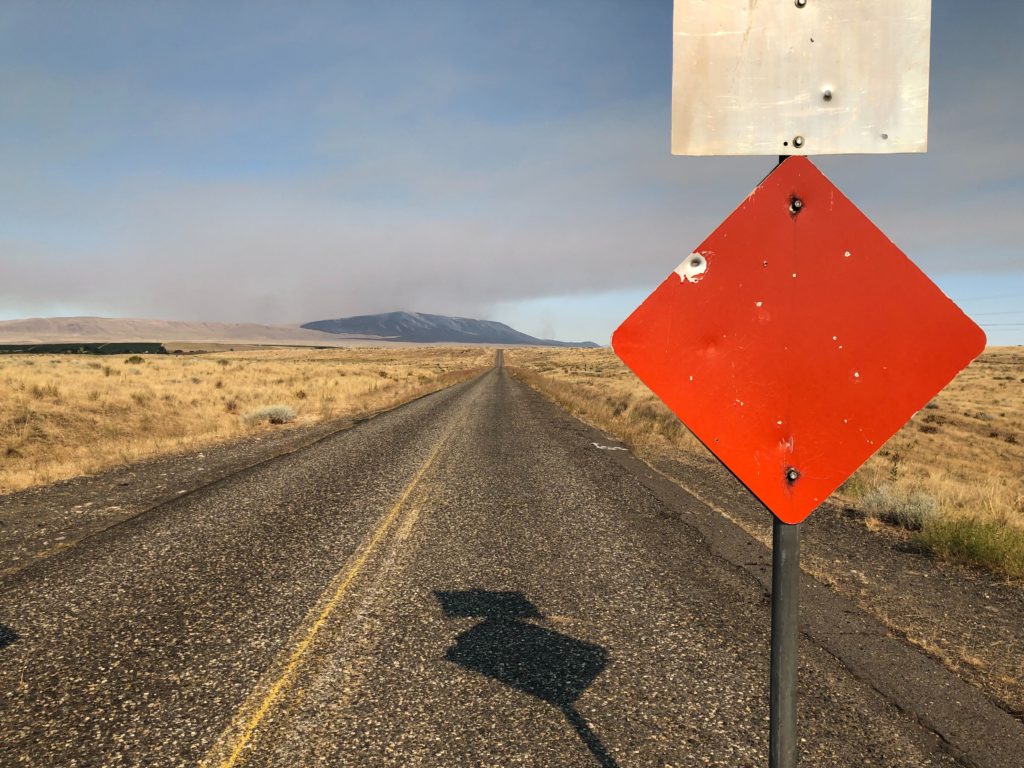 Smoke from the Cold Creek Fire near the Hanford Nuclear Site on July 19, 2019. CREDIT: ANNA KING/N3

Jon Shellenberger is a member of the Yakama Nation, and works as an anthropologist for his tribes.

He says the mountain is not just part of their creation stories. But it also indicates the health of their land and the seasons.

“So even though we might not be on it, it still has significance to the surrounding area. So it is a book, a beacon to our people that we look to on a daily basis,” Shellenberger said Friday.

He says the tribes have historically used controlled burns. But government policies against setting those blazes prevent that today — causing a buildup of fire fuels like dead brush.

Later, when the fires cool, tribal members and teams will visit the mountain to record the damage to cultural resources, important plants and fauna. Shellenberger says the tribes also worry that the fires expose cultural resources to looting and erosion.