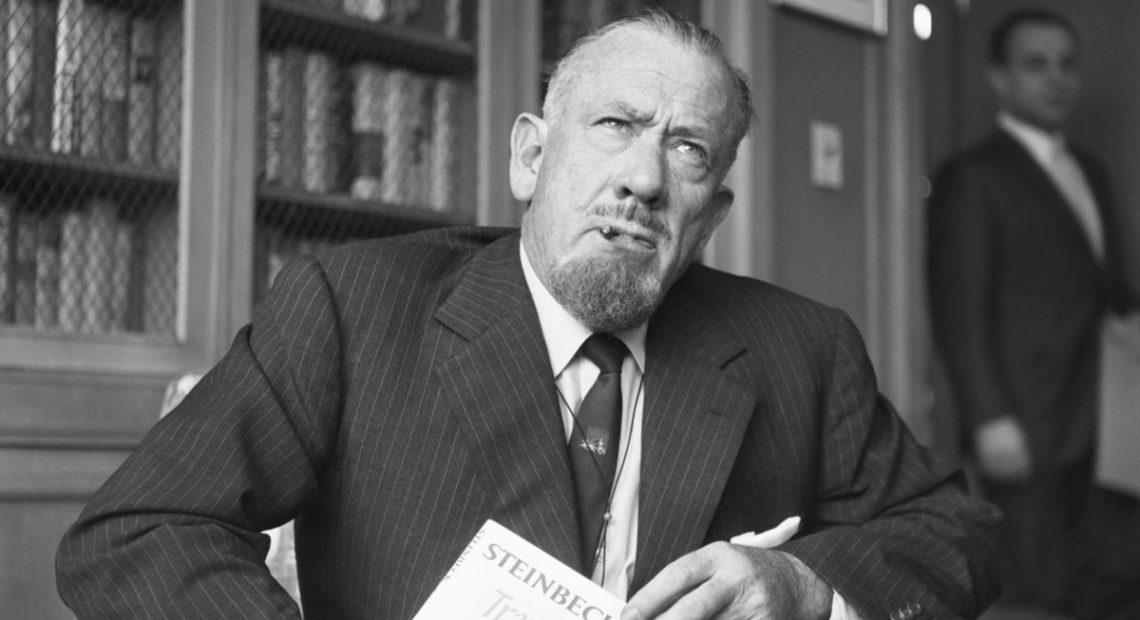 PHOTO: Author John Steinbeck, whose novel “The Grapes of Wrath” ranks as one of the classics of the 20th century American letters, holds a press conference October 25th after being awarded the 1962 Nobel Prize for Literature. CREDIT: Getty Images

A little-known short story by John Steinbeck has been published for the first time in English, 65 years after it first emerged in a French daily in Paris.

“The Amiable Fleas” was published in July 1954 in “Le Figaro” and is one of 17 articles and short stories Steinbeck wrote as part of his “An American in Paris” series. At the time, the American novelist was staying in Paris with his family near the Champs-Elysèes, the city’s iconic boulevard.

While Steinbeck’s estate was aware of the short story’s existence, it is being made available to read in English for the first time by literary quarterly The Strand Magazine, today.

This short story gives a rare glimpse into the short fiction and lesser-known humorous writing of Steinbeck, a Nobel and Pulitzer Prize-winning author known for socially engaged novels such as “Of Mice and Men,” “The Grapes of Wrath,” “The Pearl” and “East of Eden.”

“It’s fun to read, and it shows you a side of Steinbeck that it’s important to recognize,” said Susan Shillinglaw, an English professor at San Jose State University and former director of The Martha Heasley Cox Center for Steinbeck Studies. “[Steinbeck] loved to write — letters, journalistic pieces, stories, plays. He’s a writer, and he didn’t always have to write something like ‘The Grapes of Wrath.’ He likes lighthearted books, too.”

In July 1954, more than 15 years after his most famous novels, “Of Mice and Men” and “The Grapes of Wrath” were published, Steinbeck found himself living in Paris while awaiting a follow up to his novel “Cannery Row” to publish and a movie adaptation of “East of Eden” to hit theaters. 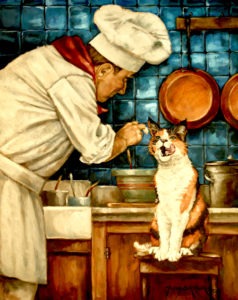 The Strand commissioned the following illustration to accompany Steinbeck’s story in the magazine’s latest issue. Image courtesy of The Strand Magazine

Steinbeck, writing to his friend and agent Elizabeth Otis in May 1954, wondered whether he ought to write for a French paper — something like observations and essays, something that was “unmistakably American.” And he did, culminating in the “An American in Paris” series that included “The Amiable Fleas.”

In that story Steinbeck tells the story of a French chef, Monsieur Amitè, and his feline confidant, Apollo the cat, as they prepare for the impending visit of a Michelin star judge to Amitè’s restaurant, The Amiable Flea. The stress of gaining another Michelin star gets to M. Amitè and he kicks Apollo in frustration, resulting in the cat’s abandonment of the restaurant and his owner. M. Amitè then tries to get Apollo back.

Here’s how Steinbeck describes the relationship between the chef and his feline companion: “It was M. Amité’s custom while working his alchemy to confide not only his secrets, but his misgivings and his ambitions to Apollo curled up on a high stool, beside the chopping board. Tasting a sauce, the master dipped first and second finger, tasted his forefinger and held the second finger to be licked by Apollo.”

“On one level he can be very poignant and write about how a man’s love for his pet and the drama in the process, but on another level he can turn the story on its head to something very humorous,” Gulli said. “As an editor, I like to publish a work that pays tribute to a writer’s personality or character, but also something that is different in terms of style.”

Steinbeck had three wives in his lifetime, and each wife and the books written during those marriages represent three clear periods in Steinbeck’s life for some Steinbeck scholars, including Brian Duchaney, an English professor at Curry College in Massachusetts who is writing a blog post in conjunction with The Strand’s published magazine featuring “The Amiable Fleas.”

“With his first wife [it’s] young idealism, the second wife is the stardom era and this is retirement era,” Duchaney said. “This story is a reflection of that change in an author and who he becomes.”