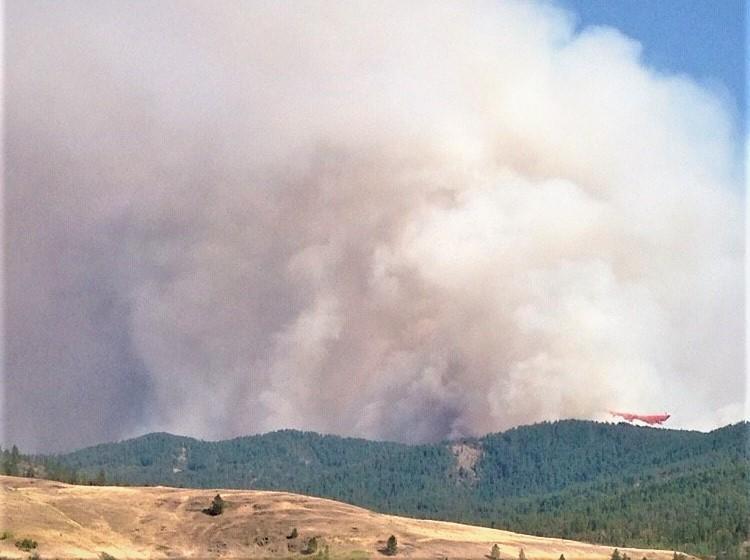 You might have noticed some smoky skies lately, particularly in the Inland Northwest from the Williams Flats Fire near Grand Coulee Dam.

Still, the fire season so far has been relatively mild as far as large fires and region-wide smoke inundation go. But that could change in late summer and early fall, according to a recent federal report from the National Interagency Fire Center.

At highest risk are the lower and middle elevations across California, the northern and western Great Basin and parts of the Northwest where a robust grass crop has cured and is now ripe for sparks.

“August and early September are the peak periods for fire activity across the western states,” the report says.

The latest drought outlook continues to show moderate to severe drought across parts of Washington and Oregon.

This is all happening at the same time when many of the approximately 500 seasonal Washington firefighters go away, according to state Commissioner of Public Lands Hilary Franz, who leads Washington’s Department of Natural Resources.

“Many of these men and women are young college kids or are just out of college,” Franz said. “But we often times will lose a number of these seasonal firefighters when it’s time to go back to school in early September or late August.”

Franz says that’s why the DNR is bringing on several more aircraft and about 30 additional full-time firefighters to help in this late season.

Franz says she will also use firefighting help and aircraft from other states and agencies if necessary this late summer and fall.