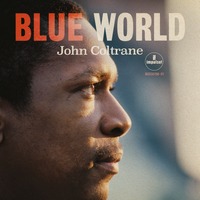 A Lost Album From John Coltrane, With Thanks To A French-Canadian Director

“There is never any end,” John Coltrane said sometime in the mid-1960s, at the height of his powers. “There are always new sounds to imagine; new feelings to get at.” Coltrane, one of jazz’s most revered saxophonists, was speaking to Nat Hentoff about an eternal quest — a compulsion to reach toward the next horizon, and the next.

More than half a century after his death, that restless pronouncement also carries implications for us, the beneficiaries of Coltrane’s music. Not only because his body of work represents a fathomless realm of insight, as his many admirers can attest — but also because it has recently yielded surprise discoveries from his prime. 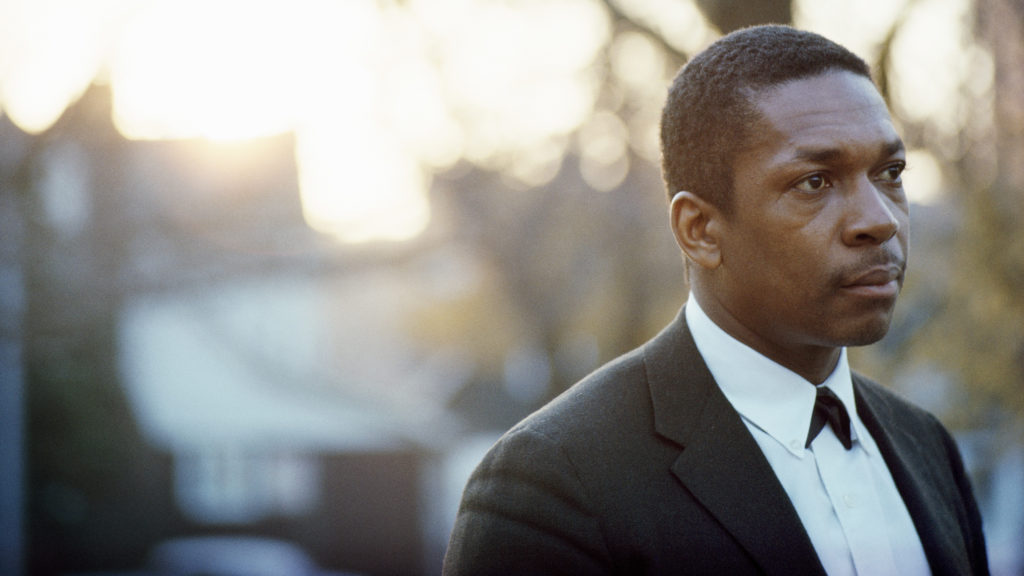 Just over a year ago, Impulse! had a phenomenal success with Both Directions at Once: The Lost Album, a startling assemblage of studio recordings made by the John Coltrane Quartet in 1963. That two-disc set posthumously gave Coltrane his first-ever debut on the Billboard 200, at No. 21; according to the label, global sales have exceeded 250,000 copies.

Now comes word of another new album by the classic John Coltrane Quartet, with McCoy Tyner on piano, Jimmy Garrison on bass and Elvin Jones on drums. Blue World will be released on Impulse!/UMe on Sept. 27, and like Both Directions it offers an unexpected view on a pivotal period in the band’s evolution. It was recorded at Van Gelder Studios on June 24, 1964 — a few weeks after the quartet put a finishing touch on the album Crescent — as the soundtrack to a Canadian art film. Because the date had gone unnoted in session recording logs, this music has occupied a blind spot for Trane-ologists, archivists and historians.

But it’s featured prominently throughout the film, Le chat dans le sac (The Cat in the Bag) — a coolly stylized, politically charged docufiction by Gilles Groulx, considered a landmark of Québec cinema. Within the first two minutes of screen time — during direct-to-the-camera intros by Barbara and Claude, the young idealists whose uncoupling provides the film with its narrative tension — you can hear Coltrane’s quartet start into his exquisite ballad “Naima.” (The curious can watch the film here, courtesy of the National Film Board of Canada.)

Coltrane had first recorded “Naima” five years earlier, for the Atlantic album Giant Steps. His quartet had played it often in live settings, but this is a studio version, and a truly excellent one. It plays in its entirety, all four-and-a-half minutes, as Claude and Barbara make their opening statements. A following scene, revealing the lovers in a sensuous idyll, is also scored with new-to-us music by the Coltrane quartet, playing the saxophonist’s smoldering “Village Blues.”

In his liner notes for Blue World, Ashley Kahn outlines the circumstances that led Coltrane to contribute to the film. Barbara Ulrich, who played Barbara and was later romantically involved with Groulx, remembers the situation matter-of-factly. “When we moved in together,” she says of Groulx, “it turned out we had many of the same albums — jazz was holiness to Gilles and he had every Coltrane album that ever came out. Coltrane to him was an absolute master.”

Through a mutual acquaintance, Groulx was friendly with Jimmy Garrison, which seems likely to have been the opening he needed to approach Coltrane. At the time, Groulx was working for the state-sponsored National Film Board, honing his skills as a documentary filmmaker. He had also fallen under the spell of the French New Wave — in particular, the work of Jean-Luc Godard, whose visual cool, jump-cut edits and verité dialogue are all clear influences on Le chat dans le sac.

There was a glowing precedent of modern-jazz scores in Francophone films, notably Miles Davis’ celebrated work on Louis Malle’s Ascenseur pour l’echafaud (“Elevator to the Gallows”) and Thelonious Monk’s less-famous effort for Roger Vadim’s Les liaisons dangereuses (“Dangerous Liaisons”), which has recently begun to receive its due. When Groulx approached Coltrane with a list of possible songs, he surely had this ideal somewhere in mind.

His film also directly addresses the disenfranchisement of Québec’s Francophone population, drawing a parallel with anticolonial movements of that era. (Claude, though drawn as an insufferable mope, espouses a radical politics of the sort that Groulx seems to find agreeable.) For Coltrane, who had recorded originals meaningfully titled “Liberia” and “Africa,” this subtext of independence and freedom may have been especially appealing.

But Coltrane hadn’t seen a cut of the film when he recorded the soundtrack, which — probably due in equal part to Groulx’s taste and the onus of licensing — consists of new versions of prior material. (The album includes three takes of “Village Blues,” two takes of “Naima,” and one apiece of “Like Sonny” and “Traneing In.”) This was an unusual move for Coltrane, especially in the studio.

“For this reason alone,” observes Kahn, “Blue World offers a special opportunity, which is the chance to compare these versions with previous perspectives, revealing both Coltrane’s personal progress and the interactive consistency and sonic details the Classic Quartet had firmly established as their collective signature by 1964.”

A case in point is the title track of Blue World, which Impulse! has released today. This powerful performance, excerpts of which appear in the final stretch of Le chat, unfurls in undulating waltz time, with Tyner tolling dark-hued block chords against Jones’ polyrhythmic hum of cymbals and toms. Garrison is a pivot point, holding down the song’s center without sealing off any avenue for digression.

Which brings us to Coltrane, whose tenor is a revelatory voice throughout the song. He composed “Blue World” using an existing harmonic framework, from the Harold Arlen-Johnny Mercer standard “Out of This World.” (He had, in fact, recorded that song in 1962, for the album titled Coltrane, in the same key and with a similar rhythmic arrangement, at a brighter tempo).

The harmonic language Coltrane employs in his improvisation, and the solid heft of his phrasing, feel distinct from that earlier version of the song. There are moments in his tenor solo on “Blue World” that point clearly in the direction of A Love Supreme, which the quartet would record months later, in December. Coltrane’s methodical yet unscripted push into different tonal centers, expressed as a form of incantatory fervor, should be familiar to anyone who has ever been entranced by “Acknowledgment,” the first movement in the Love Supreme suite.

That we’re just now latching on to this music, which was never exactly hidden but also never accounted for, recalls the expression of vastness that Coltrane once described. It also resonates well with a moment early in Le chat dans le sac, as Barbara stands before an oversize map of Montréal, where most of the film takes place.

“Right here,” she says amiably, pointing at a spot on the map. “Such a little city in that huge space, this huge country…” she trails off, scanning the territorial expanse, as if momentarily awed by the breadth of all that she has yet to know.

Blue World will be released on Sept. 27.