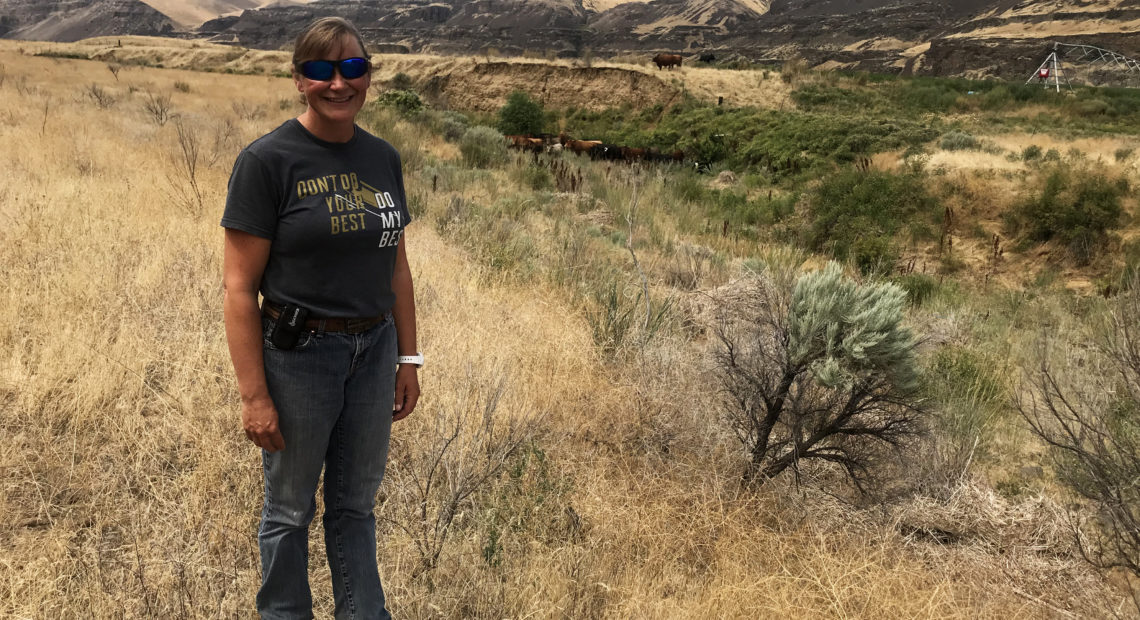 It was a hot, dry summer afternoon when Molly Linville glanced out her front windows and noticed a rare storm pushing down the narrow valley where she raises cattle.

Then came five lightning strikes in quick succession. And five plumes of smoke.

She thought things would be OK. She was wrong.

“I wasn’t as concerned as I should have been from the get-go,” Linville said.

At that moment, her 125 cattle were all in the southern end of the ranch, where the flames were closing in.

“The fire hit that heavy fuel, and the wind started. It just blew up,” she said.

With her border collie, Stinker, she jogged the cows two miles back to her house. The cattle were tired but safe. It was a different story for the surrounding ranch land and fences.

What became known as the Sutherland Canyon Fire eventually burned more than 47,000 acres in central Washington in June 2017. It jumped the steep cliffs behind Linville’s ranch – something no one thought it would do.

“I don’t want to overblow it, but it was (like) Dante’s Inferno. Fifty-foot flame lengths. It was going so fast, it was shocking,” Linville said. 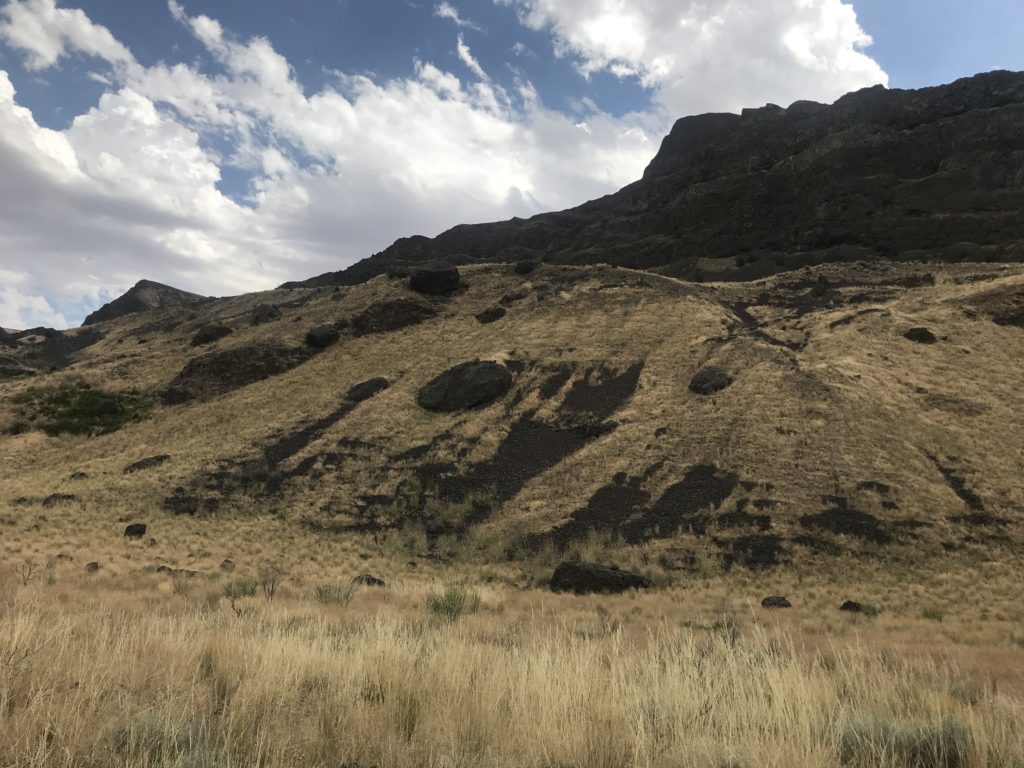 From the beginning, this fire was harder to fight because Linville’s valley, called Moses Coulee, is what’s known as an unprotected area. There are no specific firefighting agencies assigned to respond to big fires there. In the firefighting world, it’s critical to attack rangeland fires quickly to keep them contained. Especially in this rural and remote rangeland, where dry brush burns much faster than forest fires.

Fires that start in unprotected areas – no man’s lands – can grow quickly and jump jurisdictional boundaries. They could end up costing states millions of dollars if they grow to become mega-fires.

“We started peeling back the layers, and we found these unprotected lands are a problem for everybody, for fire resources, for the adjacent local fire districts, everybody,” Linville said.

That’s why she’s fighting for what she sees as an easy, practical solution: train ranchers and farmers who live in the roughly 365,000 acres of no man’s lands in Washington to fight their own fires.

There are some benefits to living in unprotected areas. For one, some ranchers like the fact that you don’t have to pay taxes to a fire district or timber taxes to the state. They also like the independence.

That’s a big reason rangeland fire protection associations have been successful in rural Oregon and Idaho. The associations are credited with keeping hundreds of fires small enough so that they don’t threaten people, property and imperiled species, like sage grouse, said Steve Acarregui, with the Bureau of Land Management.

“If we don’t have any agency responding to a fire when it’s small, it’s inevitable that it’s going to get large – and then it becomes very difficult to suppress. When you’ve got everyone saying, ‘Hey, that’s not my fire,’ it just continues to burn. That’s not a good system we have set up,” Acarregui said.

“All the pieces of the puzzle are being connected now in those no man’s lands and those areas of major concern,” Acarregui said. “Outside of these areas we do have a pretty good system of wildfire response.”

There are now 24 rangeland fire protection agencies in Oregon. The first was established in 1964, although more have popped up in recent years, as larger fires began to sweep through rangeland.

John Williams has worked with the Fields-Andrews rangeland fire protection association in southeastern Oregon since 1999, one year after it was formed. 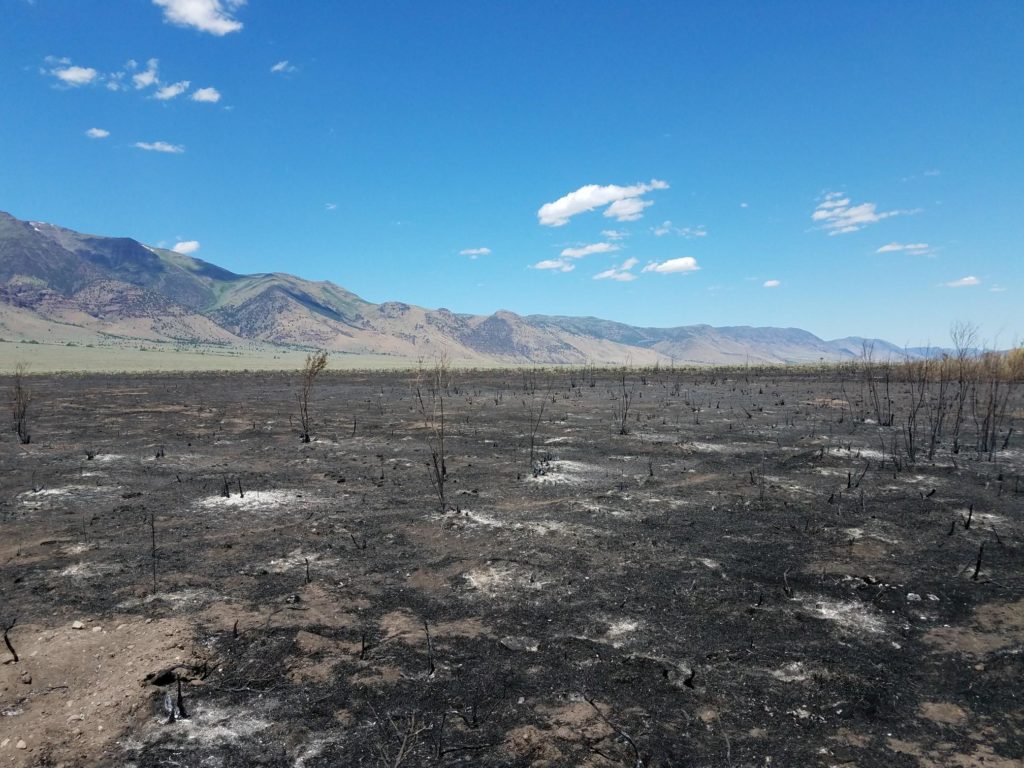 In 2017, the Fields-Andrews rangeland fire protection association helped put out a fire near Steens Mountain in southeastern Oregon. CREDIT: Oregon Department of Forestry

Since then, Williams said he’s responded to nearly every fire in the district.

“Most of the ranchers and farmers in wheatland and rangeland, they know how to fight fire. They’re just not organized and they’re probably going to fight a fire on their property with their equipment,” Williams said.  Rangeland fire protection associations help with coordination and equipment.

One particularly memorable June, he said his group put out 20 fires. There was also the night the volunteer group helped save five buildings as flames raced down a hillside when the wind direction changed.

“You know, those people are very happy about our quick response,” he said.

Williams has had some close calls, like the time a pile of trash got stuck under his rig, but he said that no volunteers in his group have been hurt.

To that end, volunteers for the protection associations are trained in wildland firefighting. In Idaho, they’re required to wear protective gear. That’s not always the case in Oregon.

She said the way each state sets up rangeland fire protection associations can make a difference in how smoothly they work with the current firefighting system.

“I think the way you set up a program matters so much for its outcomes,” Davis said.

At times, there have been tensions between government employees and ranchers, who want to hold on to their independence.

‘A Combination Of Options’ In Washington

There are several options on the table for Washington officials to protect these no man’s lands,  including forming rangeland fire protection associations.

A Wildland Fire Advisory Committee is weighing the possibilities. The committee is expected to make recommendations in November, said state forester George Geissler.

“We don’t know if there is one big solution or if it is a combination of options depending upon what would be most effective acre-by-acre,” Geissler said.

The Washington State Council of Fire Fighters opposed a 2019 bill to create rangeland fire protection associations. It cited costs and their potential to put a drain on existing resources.

In Moses Coulee, Molly Linville said her 20 or so neighbors will continue to take care of each other during fire seasons – whether they remain in a firefighting ‘no man’s land’ or get to form a fire protection association. They’ve recently purchased a brush fire truck to fight local fires, no matter what. Linville is also looking into buying radios to help with communication in areas that don’t have cell service.

She said all the agencies know that’s the plan. The neighbors have even received some informal offers from individual firefighting experts for safety lessons.

“I describe us as a bunch of anarchists up here – we’re pretty remote. It seems to be one of the few things we all agree on,” Linville said. “We all, as neighbors, said, ‘Never again. No, we’re not doing this again.’”

Courtney Flatt, based in the Tri-Cities, covers the environment and natural resource issues for Northwest Public Broadcasting. On Twitter: @courtneyflatt 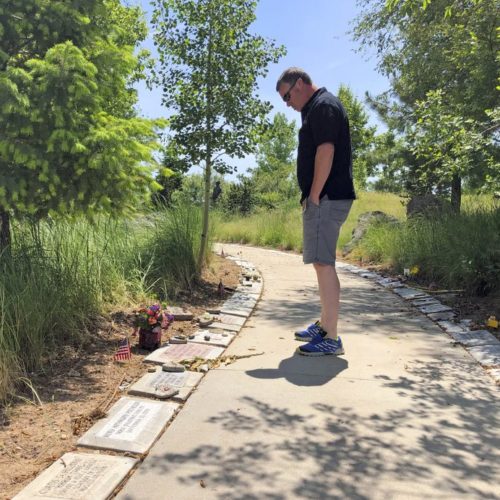 No figures on wildland firefighter suicides are available because federal agencies often track only fatalities that occur during work hours, and families don’t always release a cause of death. But lang management agencies are concerned about an increasing number of suicides, and seeking to address ways to help. Continue Reading Federal Agencies Boost Efforts To Address Wildland Firefighter Suicides 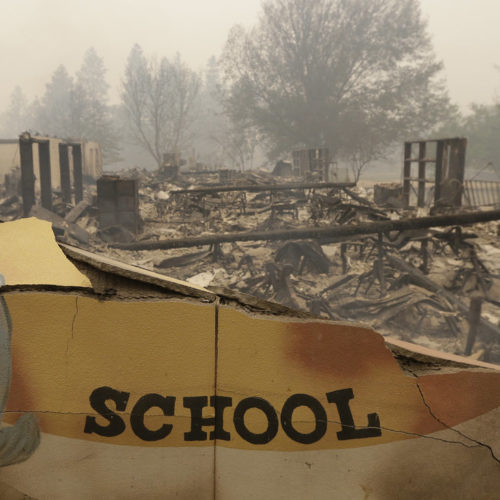 The Camp Fire tore through Paradise, Calif., the morning of Nov. 8, 2018. Paul Weingartner, a nurse at the Adventist Health Feather River hospital in Paradise, recounts how it unfolded, and how he narrowly escaped, to return to the hospital and treat patients. Continue Reading A Personal And Harrowing Account Of How The Camp Fire Devastated Paradise