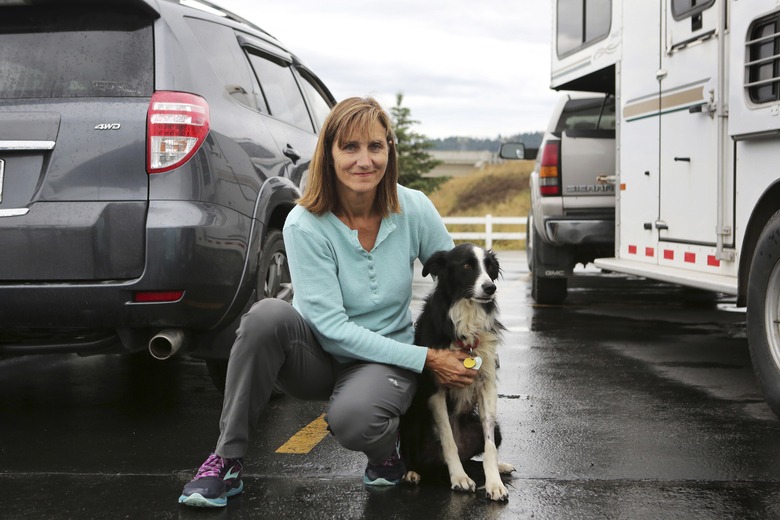 After 57 days, a Washington woman’s search for her missing border collie ended in tears of happiness when the pair were reunited in a Kalispell subdivision.

Carole King, of Deer Park, Spokane County, had traveled to Flathead County for a four-day getaway with her husband. They arrived July 20 and left their 7-year-old border collie, Katie, in their hotel room while they went out for dinner. When the couple returned to My Place Hotel in Kalispell, Katie was nowhere to be found.

“It was devastating. I got sick to my stomach,” King told the Daily Inter Lake.

She frantically searched the room for any signs of her companion before racing to the front desk clerk in hopes that Katie was in the building.

“I said to the clerk, ‘please tell me you have my dog.’ The clerk says ‘no, she left about 4, 4 and a half hours ago,’” King said. When the automatic doors opened, Katie had gone right out.

King and her husband searched the hotel grounds, calling for Katie until the wee hours of the morning to no avail. King suspected that the thunder from an evening storm caused Katie to panic, open their hotel room door and flee. The clerk helped get the word out on social media with a post in a local missing pets Facebook group and assisted King in creating a flyer.

As the days turned into weeks, word about Katie spread like wildfire online, spurring the creation of multiple Facebook groups of users who offered words of encouragement and shared information about recent sightings in hopes of bringing Katie home. King posted at least 500 flyers around the county, searched into the night and set up a few game cameras in sites where Katie had been seen.

She described Katie as a high maintenance border collie who was friendly toward people, but also very skittish and wouldn’t approach them, adding to the challenge of tracking her down.

“I never gave up. I never lost hope,” said King, who quit her job as a postal worker to continue her search for Katie.

Strangers helped keep her spirits up throughout the lengthy search, sending encouraging texts and Facebook posts — and even dropped off food for her.

“I think what I got out of this was the kindness of strangers,” she said.

It was that very community that eventually brought Katie home.

Early on Sunday morning, King got a call from a man in the Country Estates neighborhood, just north of Glacier High School, that a dog matching Katie’s description was in his yard. Just the day before, King and her friend Jan Leland of Kalispell posted fliers in that neighborhood. She called Leland for help and rushed out the door, but by the time they arrived, the dog had gone.

Not easily deterred, the pair walked the neighborhood, scanning the area with binoculars in hopes of seeing Katie. They encountered a couple walking and asked if they’d seen a border collie. They hadn’t, but the man did see a black dog heading north. King handed the couple a flyer and was about to continue on her way when the woman addressed her.

“As the lady was walking back, she points over to the tree where it’s real dark and says, ‘Is that your dog?’ ” King said. “And I turn and it’s Katie.”

After some initial excitement, the group went quiet and King called out to her beloved dog, “Katie. Katie girl!”

She trotted over and they were reunited at last.

“I just bear-hugged her, I wasn’t going to let her go,” King recalled. “Tears were flying, we were screaming, everybody is high-fiving, hugging each other. People are stopping in their vehicles, getting out and hugging us. I think the whole neighborhood knew that we found her.”

King took Katie to a local emergency vet clinic to assess her condition and learned that she had lost 12 pounds, was severely dehydrated and in starvation mode.

“The doctor walked up to her and she said, ‘Is this the famous Katie?’ And her eyes welled up with tears,” King said. “That touched me.”

Katie received fluids and orders for a special diet of two tablespoons of food every two hours to help retrain her stomach. She’s skin and bones, King said, but in good spirits and is expected to make a full recovery.

“I really want to thank the Flathead community,” King said. “It was just amazing, the teamwork that was put out to find a strangers dog.” 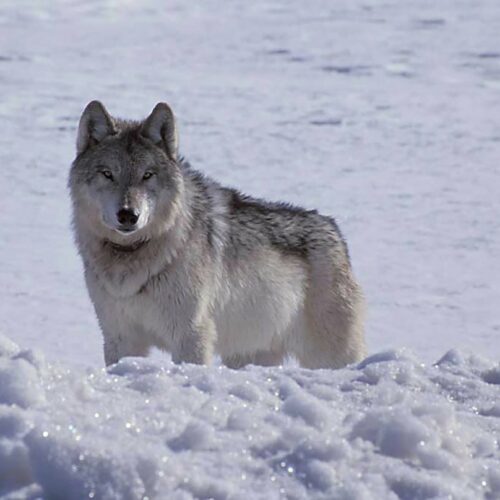