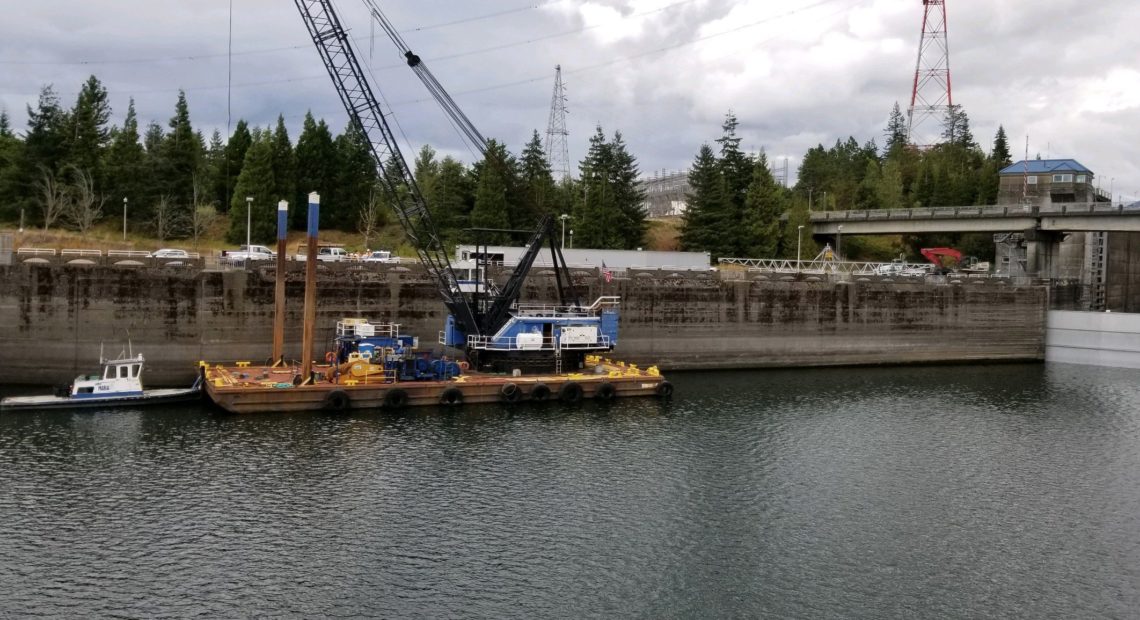 A critical navigation lock on the lower Columbia River is expected to reopen this weekend, between 10 PM Friday and 10 AM Saturday,  according to the U.S. Army Corps of Engineers.

The Corps previously said the river would reopen Sept. 30, but crews were able to finish work a few days early.

That means barges full of grain and other materials waiting to get from Inland Northwest ports to Vancouver and Portland and out to export markets can resume.

Boat traffic on the international trade route has been stopped since September 5 to repair a lock at Bonneville Dam.

Crews with the Army Corps’ Portland division have been working around-the-clock the past three weeks to open the channel.

“In the October – November timeframe, that’s when some of the most wheat goes down the river. Because it’s right after harvest. All of the grain has been collected into these ports, and it’s ready for shipment,” according to correspondent Anna King, who covers regional agriculture. “And a lot of the countries have been waiting for these new wheat products to come out. And they’re ready to re-up their stores.”

King said that the issue at play during the closure is that if other countries aren’t able to buy wheat or other grains from the U.S., they might go to Australia, Russia or another country in the timeframe they need.

According to the Associated Press:

“Eight million tons of cargo move inland on the Columbia and Snake rivers each year, and 53% of U.S. wheat exports were transported on the Columbia River in 2017 . . . About $2 billion in commercial cargo travels the entire system annually, according to the U.S. Army Corps of Engineers, and it’s the No. 1 export gate in the U.S. for wheat and barley and the No. 2 export gate for corn.”

Anna King was speaking on NWPB’s Uniquely Northwest News program, which airs on TV stations in the Tri Cities and Palouse-to-Spokane region. Watch the full episode above, or see more episodes on Northwest Public Broadcasting’s Facebook page and YouTube channel.