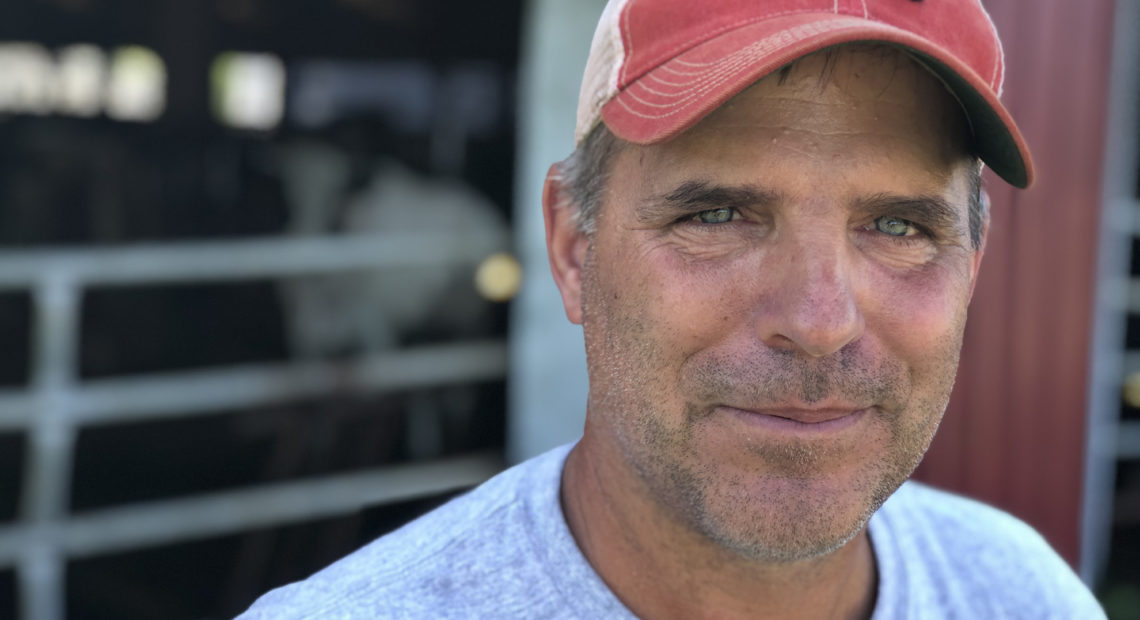 As the season of big holiday meals kicks off, it’s as good a time as any to reflect on just how much food goes to waste.

If you piled up all the food that’s not eaten over the course of a year in the U.S., it would be enough to fill a skyscraper in Chicago about 44 times, according to an estimate from the U.S. Department of Agriculture.

And, when all this food rots in a landfill, it emits methane, a powerful greenhouse gas that contributes to climate change. In fact, a recent report from the United Nations from a panel of climate experts estimates that up to 10 percent of all human-made greenhouse gas emissions are linked to food waste.

So, here’s one solution to the problem: Dairy farmers in Massachusetts are using food waste to create electricity. They feed waste into anaerobic digesters, built and operated by Vanguard Renewables, which capture the methane emissions and make renewable energy.

The process begins by gathering wasted food from around the state, including from many Whole Foods locations. We visited the chain’s store in Shrewsbury, Mass., which has installed a Grind2Energy system. It’s an industrial-strength grinder that gobbles up all the scraps of food the store can’t sell, explains Karen Franczyk, who is the sustainability program manager for Whole Foods’ North Atlantic region.

The machine will grind up all kinds of food waste — “everything from bones, we put whole fish in here, to vegetables to dry items like rice or grains,” Franczyk says as the grinder is loaded. It also takes frying fats and greases. 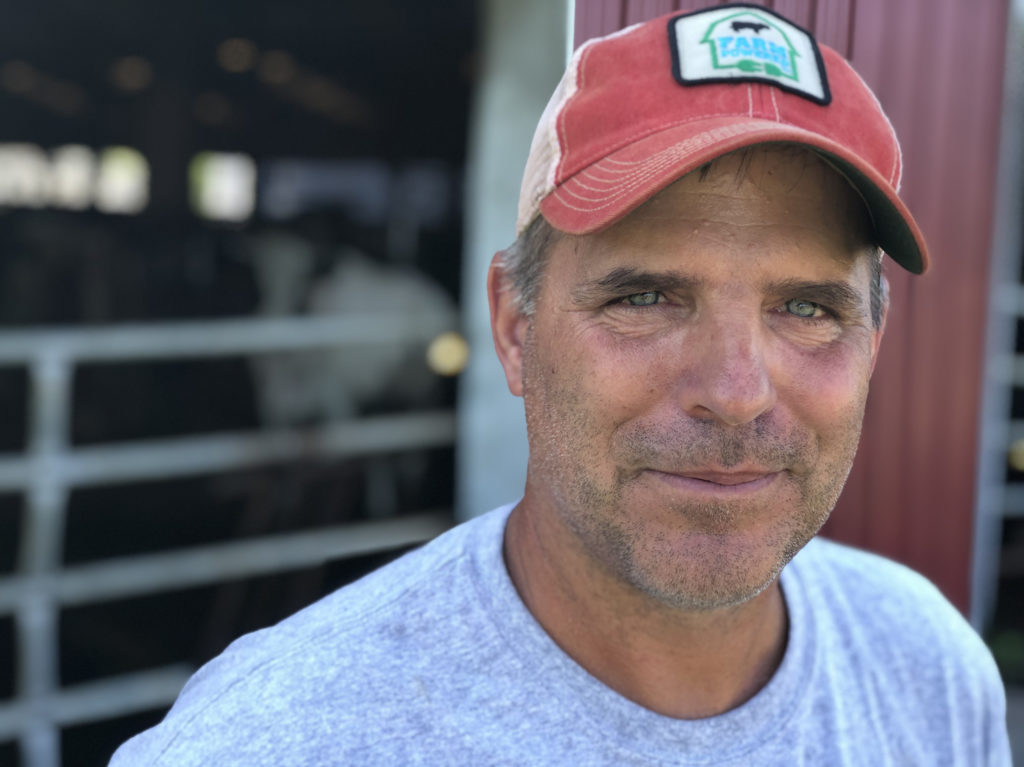 While Whole Foods donates a lot of surplus food to food banks, there’s a lot waste left over. Much of it is generated from prepping prepared foods. Just as when you cook in your own kitchen, there are lots of bits that remain, such as onion or carrot peel, rinds, stalks or meat scraps. The grinder turns all these bits into a slurry. “It really becomes kind of a liquefied food waste,” Franczyk says.

From here, the waste is loaded into a truck and sent to an anaerobic digester. “There’s no question it’s better than putting it in the trash,” Franczyk says. She says the chain is committed to diverting as much waste as possible and aims for zero waste. In addition to food donations, Whole Foods composts; this waste-to-energy system is yet another way to meet its goal. “We really do like the system,” she says.

We visited Bar-Way Farm, Inc. in Deerfield, Mass. Owner Peter Melnik, a fourth-generation dairy farmer, showed us how his anaerobic digester, which is installed next to his dairy barn, works.

“We presently take in about a 100 tons [of waste], which is about three tractor-trailer loads, every day,” Melnik says.

In addition to all the food waste from Whole Foods, he gets whey from a Cabot Creamery in the area, as well as waste from a local brewery and a juice plant.

In the digester, he combines all of this waste with manure from his cows. The mixture cooks at about 105 degrees Fahrenheit. As the methane is released, it rises to the top of a large red tank with a black bubble-shaped dome.

WATCH: How Farmers Are Turning Waste Into Energy

“We capture the gas in that bubble. Then we suck it into a big motor,” Melnik explains. Unlike other engines that run on diesel or gasoline, this engine runs on methane.

“This turns a big generator, which is creating one megawatt of electricity” continuously, Melnik says — enough to power more than just his farm. “We only use about 10 percent of what we make, and the rest is fed onto the [electricity] grid,” Melnik explains. It’s enough to power about 1,500 homes.

He says times are tough for dairy farmers, so this gives him a new stream of revenue. Vanguard pays him rental fees for having the anaerobic digester on his farm. In addition, he’s able to use the liquids left over from the process as fertilizer on his fields.

“The digester has been a home run for us,” Melnik says. “It’s made us more sustainable — environmentally [and] also economically.”

Vanguard Renewables hopes to expand its operations in the state and elsewhere. “There’s more than enough food waste in Massachusetts to feed all of our five digesters, plus many more,” says CEO John Hanselman.

Massachusetts has a state law that prohibits the disposal of commercial organic waste — including food — by businesses and institutions that generate at least one ton of this waste per week. This has created an incentive for food businesses to participate in the waste-to-energy initiative.

Hanselman points to Europe, where there are thousands of digesters in operation. His hope is that the concept will spread here. “The food waste recycling through anaerobic digestion could be done in every part of the country,” Hanselman says.

The company is currently building an anaerobic digester on a farm in Vermont. The gas produced there will be piped to Middlebury College, which will help the college reduce its carbon footprint.