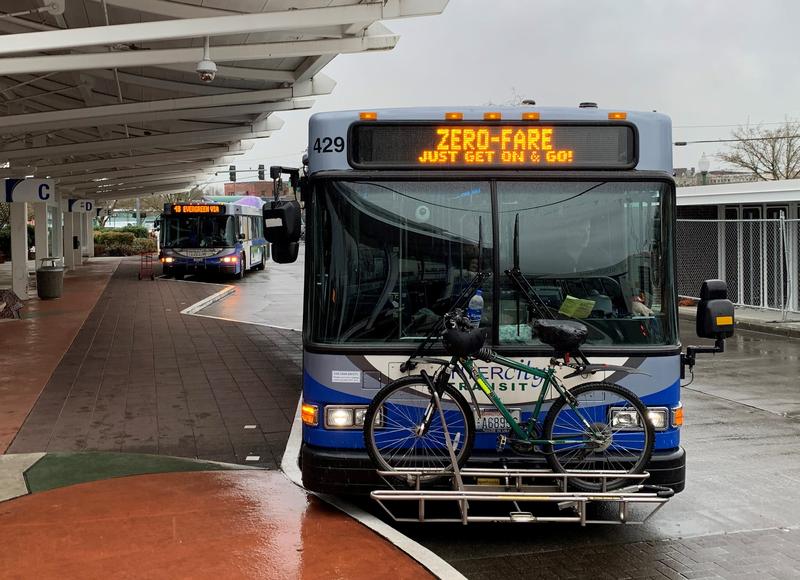 ‘Just Get On And Go!’ No Bus Fare Needed Anymore On This Olympia-Area Bus System

As of the New Year, no bus fare is needed to ride the Olympia area’s Intercity Transit. On Wednesday, the transit agency became the largest in the Pacific Northwest to eliminate fare collection, leapfrogging Corvallis and Missoula which did so earlier.

Intercity Transit leadership looked at the cost of replacing its obsolete fareboxes with new electronic fare card readers and decided it wasn’t worth it, especially given the potential to increase ridership and speed up boarding by not charging fares at all.

“It costs a lot of money to collect money, which is surprising to a lot of people,” General Manager Ann Freeman-Manzanares said in an interview Thursday. “Looking at the broad list of things the community wanted us to address — in terms of access, equity, speed, reliability, addressing the environment, making sure that we’re as efficient as possible — the combination of those things actually led us to zero-fare.”

It helps that fare collections accounted for less than two percent of the agency’s net operating revenue. Intercity Transit said that anticipated ridership increases will likely qualify it for additional grant and federal funding to replace the lost revenues.

Intercity Transit is deliberately framing its new approach as “zero-fare” as opposed to another phrasing like “ride free.” That’s because it successfully asked urban Thurston County voters in 2018 to raise the local sales tax for better bus service. Passengers now essentially pre-pay their bus fare while shopping, the agency says.

“It will make a big difference in a lot of ways,” said Mitchel Patrick Irons. “I’m used to not having what you need in life, let alone what you want. I think it is great having a little more money.”

Bus rider Nate Hooks was fumbling for sufficient change when he realized his trip would be free.

“It’s a beautiful thing,” said Hooks with a hearty chuckle. “It’s like Christmas around the year.”

Before the change to zero-fare service, the adult fare for local routes in Thurston County was $1.25 and express buses to Lakewood and Tacoma cost $3 per ride. In early December, the Intercity Transit Board unanimously approved the end of fare collections on a demonstration basis for the next five years. Intercity Transit vanpool users will continue to be charged fees.

During the deliberations about going fareless, Freeman-Manzanares said she heard “some anxiety” about increased graffitti or safety concerns from unsavory passengers malingering on the bus if no fare was charged. However, she predicted existing rules of conduct should cover any problems that crop up.

“We have rider rules and one of those is that you can ride a full route and then you need to get off,” Freeman-Manzanaes said. “Really, you need to have a destination when you get on the bus.”

She said the agency also figured it has sufficient spare capacity so that overcrowding should not become an issue if the anticipated big jump in ridership materializes.

“One of the reasons other systems have gone fare-free is that the number one cause of conflict is talking about fares at the door,” Freeman-Manzanares added. “By removing that source of conflict, we can be speedier at what we do and it also takes away the conflict for our operators.”

Other medium-sized transit agencies have pioneered the fareless route. Corvallis Transit System was previously the largest transit agency in the Pacific Northwest to eliminate fare collection systemwide when it made the change in 2011. In its first year of fareless operation, Corvallis bus system ridership increased nearly 38%, according to the city government.

The buses in Missoula, Bozeman and on Whidbey and Camano Islands, Washington, are also fareless. Island Transit relies on a dedicated county sales tax to pay for fare-free bus service. In Corvallis, the city council approved a monthly surcharge on all utility bills to pay for fareless bus service.

Mason Transit is fare-free within Mason County, but charges fares for out-of-county routes to places such as Brinnon, Bremerton and Olympia. North Idaho is home to a trio of small transit systems where all fixed routes are free to ride, namely Coeur d’Alene-based Citylink, SPOT Transit in Sandpoint and McCall Transit.

Link Transit, which serves Douglas and Chelan counties in north-central Washington, started out as a totally fare-free transit service, but then switched to charging fares in 2001 after a statewide anti-tax ballot measure reduced one of the transit agency’s key funding sources, car registration fees.

In a 2012 report on fare-free transit, a researcher hired by the National Academy of Sciences found seniors and Hispanic service workers were most negatively affected by the introduction of bus fares on Link Transit. The report identified a few “silver linings” such as a decrease in complaints about “gang-like” and homeless passengers and a significant reduction in vandalism.

It seems unlikely that the region’s biggest transit agencies will go fare-free anytime soon. Since 2011, King County Metro Transit and the county council have set and met a farebox recovery minimum target of 25%, which means the Seattle-based agency cannot eliminate bus fares without finding a major source of new revenue.

In 1998, then Portland Mayor Vera Katz proposed making the area’s transit system fareless. A work group created by the city examined whether a regional parking tax could be used to transition Tri-Met to fareless operation. The work group’s final report concluded that more modest steps to increase employer subsidies of transit passes would be more realistic in the near term. 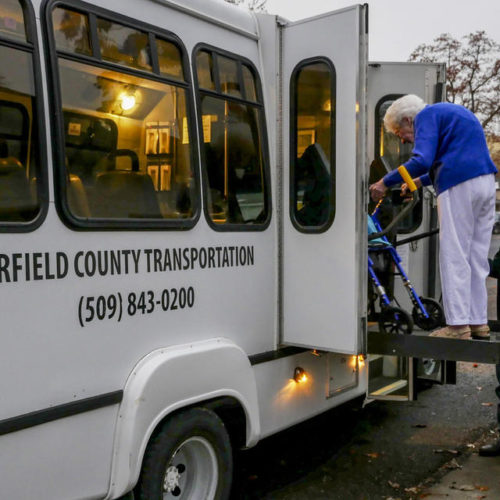 Top Washington state legislators want to put a price on carbon to raise money for transportation projects. But with time running out, they can’t agree on the details. Continue Reading The Future Of Washington’s Transportation Infrastructure Hinges On The Carbon Pricing Debate 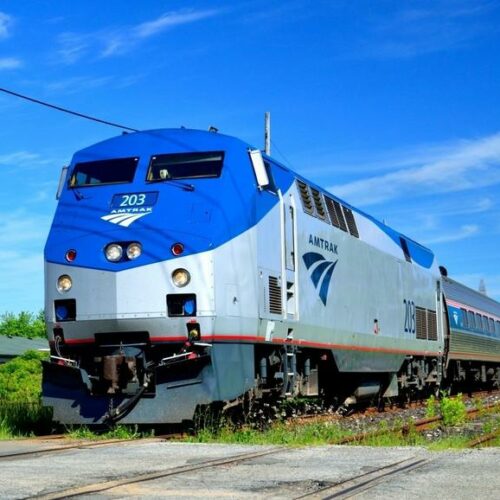