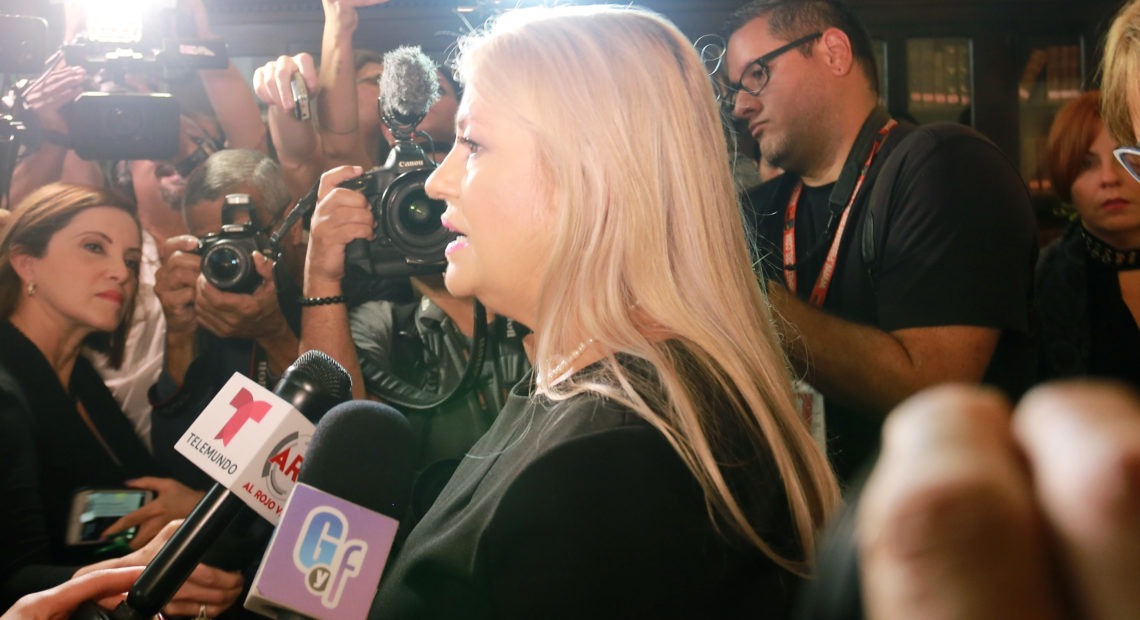 Angry residents took to the streets of Puerto Rico on Monday.

Fury over the government’s mishandling of disaster aid following a spate of devastating earthquakes earlier this month, coupled with the recent discovery of unused supplies — some dating back to Hurricane Maria — is driving frustrated demonstrators to the gates of the governor’s mansion.

Fed up with what they say is rampant corruption, they are demanding the resignation of Gov. Wanda Vázquez, who just months ago served as the island’s Justice Secretary.

“Where is Wanda? She’s not here. She’s busy hiding disaster supplies!” crowds shouted on Monday, reviving chants hurled by protesters over the summer, when the public forced Gov. Ricardo Rosselló out of office. 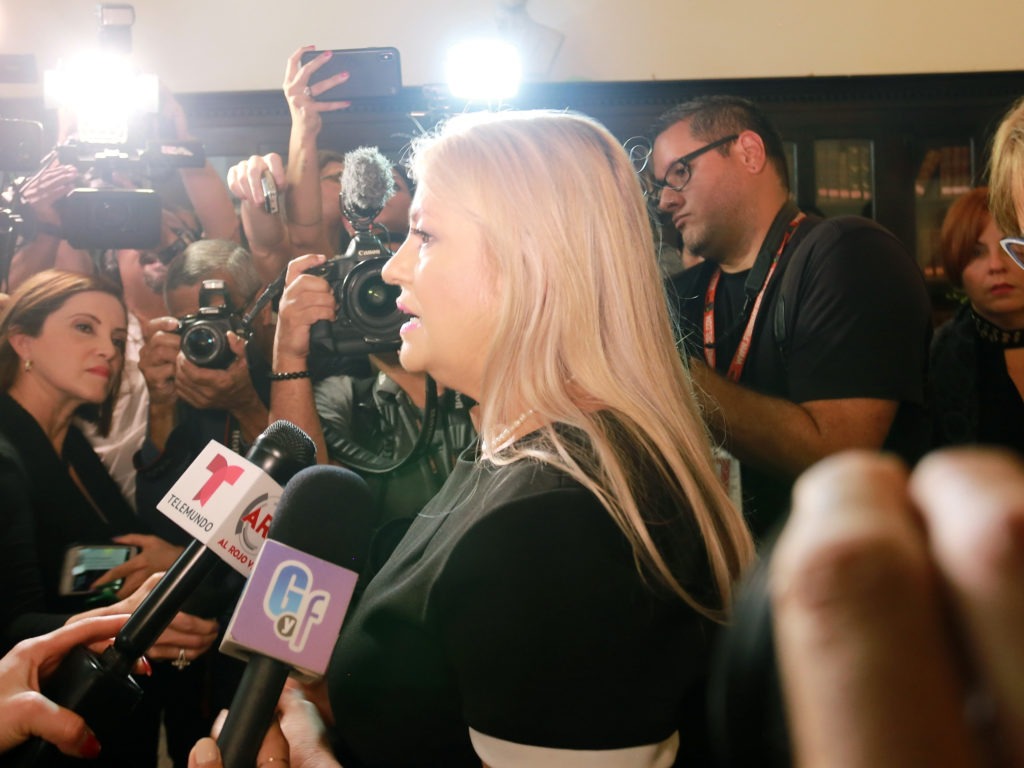 His ouster led to months of political turmoil which Vázquez has struggled to overcome.

But the latest round of political unrest, including the dismissal of several top cabinet members, began on Saturday.

A local blogger named Lorenzo Delgado had been tipped off about a government-run warehouse in the southern city of Ponce, where hundreds of people have been left homeless by the recent temblors.

The warehouse, it turned out, was filled with supplies; pallets of expired baby food, expired water, blue tarps, gas stoves, diapers, cots, air mattresses and sheets sat untouched, even as thousands continue to sleep outside in decimated communities.

Delgado posted his findings on Facebook. The live stream almost immediately drew a large, unruly crowd to the warehouse.

A handful of people eventually forced open the doors and began distributing the goods.

In one video of the incident posted by Primera Hora, a man reads out the date on one of the water pallets: “October 14, 2017,” he shouts.

“While people were suffering after Maria, this place was full of water,” another man can be overheard saying. Hurricane Maria struck the island on Sept. 16, 2017.

As the live images ricocheted across the Internet, people across the island grew irate.

The head of the emergency management agency, Carlos Acevedo, issued a statement explaining that the supplies were being distributed and denied that the much-needed resources were going to waste. But his defense did not save him in the face of popular outrage.

Within hours, the island’s governor fired him.

“There are thousands of people who have made sacrifices to bring help to the south and it is unforgivable that resources have been kept in a warehouse,” Vázquez said.

She added that Acevedo had mismanaged the government’s supplies and failed the victims of Puerto Rico’s earthquakes.

Vázquez said the positions require public trust and that she had lost confidence in them.

“They weren’t able to personally tell me specifically where these [collection and distribution] centers were located, what they contained and whether an inventory was completed,” she said, according to the Associated Press.

She also said the heads of agencies are responsible for informing the governor about the existence of available resources.

The scandal erupted just days after the release of billions of dollars in aid from the Trump administration was announced last week.

The federal funding from the Department of Housing and Urban Development totaling $8.2 billion, had been delayed for months by Secretary Ben Carson. He argued more stringent financial oversight measures were needed before the disaster funds could be distributed.

The same day, President Trump declared a “major disaster” in Puerto Rico because of the earthquakes and ordered additional federal assistance to help the island recover.

The governor said she was not worried the latest firings would further delay the federal funds.

But Vázquez’s moves did little to quell the growing outcry. Activists organized an island-wide strike on Monday.

Protester Awilda Rodriguez Lora said the flurry of earthquakes that have struck the island over the last few weeks along with the warehouse incident have re-opened old wounds that have not fully healed.

“After the hurricane … we pushed so hard to go back to this pseudo-normality,” Rodriguez told NPR. But, “when you have another natural disaster, remembering how the government dealt with our people, it brings this fight or flight feeling.”

She added that people’s indignation did not dissipate when Gov. Rosselló was forced out of office last summer.

It remains present, simmering under the surface, she explained. And the warehouse incident has only served to ignite a new spark.