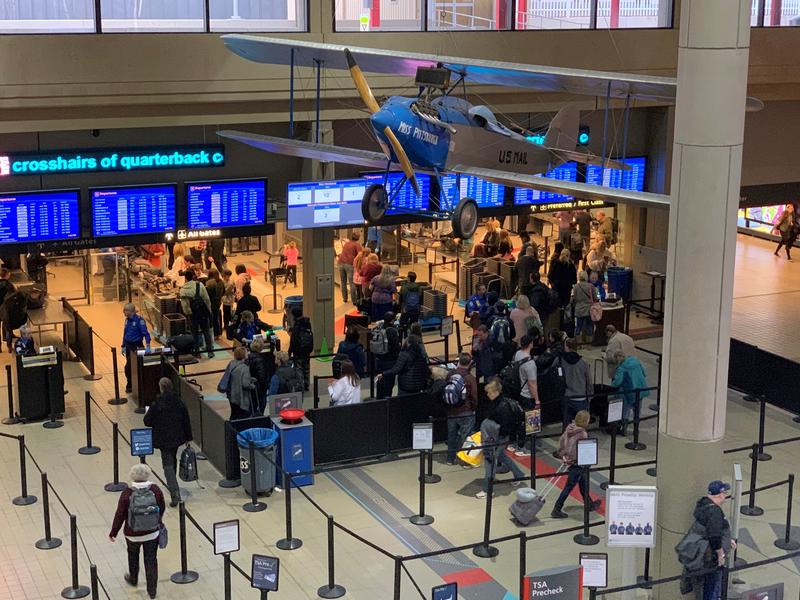 Effective this October, a standard driver’s license in some states won’t pass muster with the Transportation Security Administration to board a domestic flight. Drivers licensing managers in Northwest states are expecting long wait times this summer as a surge of deadline-driven travelers apply for upgraded IDs that are federally acceptable.

The message from Washington’s Department of Licensing is to come in now if you want to get an enhanced driver’s license with less hassle. Oregon won’t begin to even take applications for its Real ID-compliant driver’s licenses until early July — just three months before the TSA deadline.

The Oregon Department of Transportation wants people to consider applying now for a U.S. passport, if they don’t already have one, to avoid wasting time standing in line for an upgraded driver’s license during the dog days of summer.

“We don’t want to tell people that they need to get a passport or a passport card, because obviously we will serve them and provide them the opportunity to get a Real ID,” ODOT Assistant Director Travis Brouwer told a legislative panel Tuesday. “But that has been a significant part of our messaging, that people should consider that opportunity and that option.”

“This is a great opportunity to get your passport and your passport card, decreasing the workload for DMV and getting more Oregonians to actually have passports,” state Sen. Sara Gelser said while prodding Brouwer Tuesday to put more promotional materials in field offices.

Brouwer told lawmakers in Salem that the Oregon DMV is making plans to bring back Saturday morning service at selected offices solely to process Real ID license appointments. ODOT said it can’t begin issuing the upgraded drivers licenses sooner because it first needs to complete the installation of a new computer system. The agency will ask the Oregon Legislature next month for funding to hire 50 additional DMV staffers to handle the expected “crush.”

This all stems from the Real ID Act, passed by Congress in 2005 to increase license security standards in the wake of the 9/11 terror attacks. The TSA has granted laggard states multiple deadline extensions in the past, but says it is serious this time about sticking to an October 1, 2020 cutoff for non-compliant IDs.

You may already have what you need to pass through airport security after next fall. A U.S. or foreign passport, military ID, permanent resident card, tribal photo ID, or an enhanced driver license are among the alternatives that meet the approval of the federal Department of Homeland Security and TSA. A U.S. passport card is another option — cheaper than a traditional passport and good for North American land and sea border crossings as well as domestic air travel.

During the 2019 session, the Washington Legislature provided money to extend the service hours at licensing offices and to publicize the upcoming Real ID requirements. Still, at this point only 16% of active Washington state driver licenses and ID cards are the “enhanced” variety that meet the federal Real ID standards. This week, Washington Department of Licensing Policy Director Beau Perschbacher prepared a chart for state House Transportation Committee members showing that he expects that percentage to rise to around 29% by the end of this year.

The U.S. State Department told ODOT that about 37% of Oregon residents had a passport as of last year and told DOL that 42% of Washingtonians had a passport, which is a good alternative ID to show airport security screeners.

Washington state has moved to — and Oregon will soon follow to — a two-tier driver license system. Washington’s Real ID-compliant Enhanced Driver License requires proof of U.S. citizenship, identity and residency. Washington’s standard driver’s license does not require proof of legal immigration status. Oregon requires proof of U.S. citizenship or proof of legal residency in the case of noncitizens for all drivers’ licenses and ID cards. In both states, the Real ID-compliant licenses cost more than a standard license.

The situation is a little simpler but no less dire in Idaho, where the state Transportation Department achieved Real ID compliance earlier than its neighbors. ITD wants Idahoans who plan to fly commercially to check whether their driver’s license has a star symbol in the upper righthand corner. The star signifies to a TSA officer that the ID card is federally-accepted.

The Idaho Transportation Department said travelers who have not gotten a new driver’s license lately should consider coming in early to renew to get the version it dubbed the “Star Card.” ITD said fewer than one-quarter of Idaho driver’s licenses in circulation as of December 31, 2019 had the star symbol needed to board a flight.

In a presentation prepared for delivery to her legislature this week, Washington State Department of Licensing Director Teresa Berntsen reiterated her concern about a potential mess at Pacific Northwest airports come October when thousands of travelers could show up with IDs that won’t fly. She said she was troubled that TSA had not shared any plans to increase staffing at airport checkpoints when the toughened ID deadline arrives.

“TSA/DHS have not committed to allowing an alternative screening process for travelers who show up to TSA checkpoints without a Real ID-compliant document,” Berntsen wrote, further adding to her concern.

After October, a regular Oregon, Washington or Idaho license should continue to work for all of the other purposes it does today, except for the aforementioned airport security checkpoints and at entrances to secure federal facilities such as military bases. 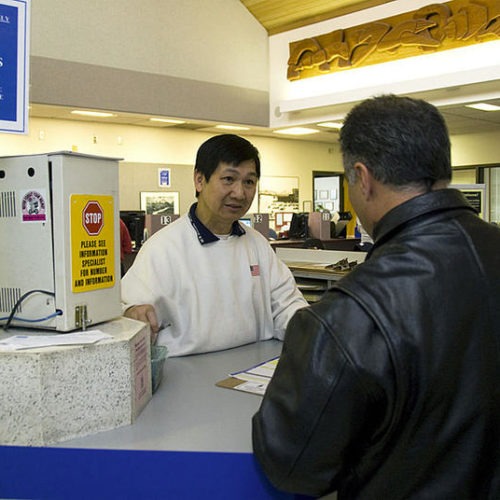 The problem with regular driver licenses from Oregon and Washington is that both states have chosen not to verify the immigration status of applicants. Continue Reading ‘That ID Won’t Fly’: Deadline Looms For Washington And Oregon Travelers To Get Enhanced Licence 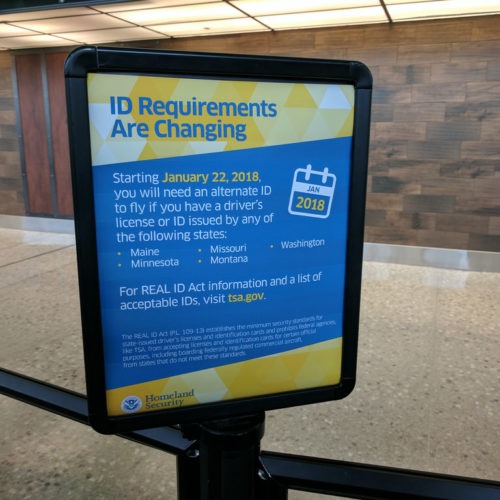