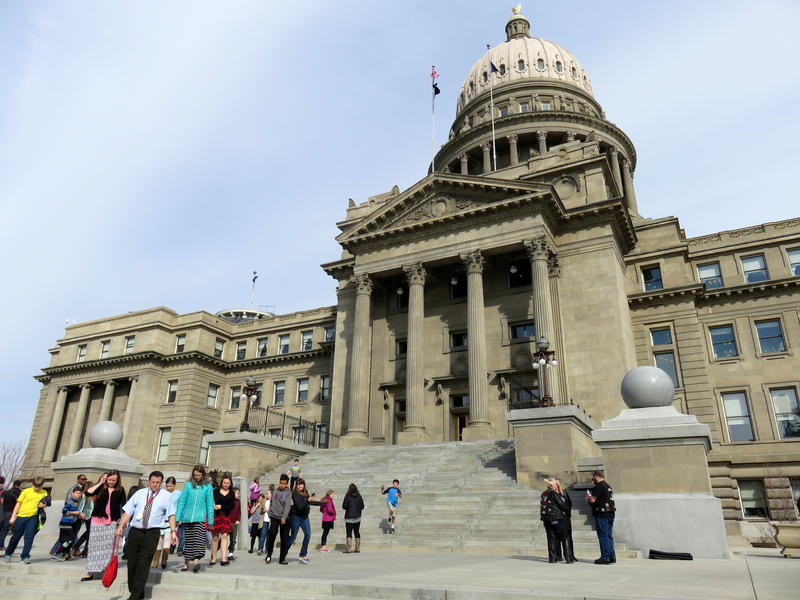 What Time Is It Here? That Question Could Surface In Border Towns Thanks To Idaho Legislature

“What time is it here?” is a question few people feel the need to ask when crossing state lines in the Northwest. But a committee vote Wednesday in the Idaho Legislature raises the possibility that border cities in the Inland Northwest may observe time differently than their close neighbors as soon as next year.

Right now, clocks read the same in Spokane, Washington, as in close by Coeur d’Alene, Idaho. Same for adjacent Lewiston, Idaho, and Clarkston, Washington, and Moscow, Idaho and Pullman, Washington, which are on Pacific Time. Or in the pairing of Ontario, Oregon, and Idaho’s Treasure Valley, which are on Mountain Time.

Idaho state Rep. Christy Zito, a Republican from Hammett in southern Idaho, is eager to end what she considers to be the “useless” and unhealthy biannual switch between daylight time and standard time. She is sponsoring a bill that would have all of Idaho go to standard time this November and never switch again.

The movement to “ditch the switch” — the twice-yearly ritual of changing our clocks — has gained traction in many statehouses. Legislators in Oregon and Washington voted by wide margins last year to adopt permanent daylight saving time in concert with other West Coast states and provinces. However, the implementation on the West Coast is hamstrung by an inability to get a needed blessing from Congress for year-round daylight saving time.

“I firmly believe that if Idaho will take an affirmative positive step and do something, rather than sit and wait for somebody else to do something and someone else to align, that other states will follow,” Zito said during debate on her proposal in the House State Affairs Committee on Wednesday. “We should take that first affirmative step and make this happen.”

Zito said she deliberately proposed permanent standard time, rather than daylight time as chosen by Idaho’s neighbors, because no Congressional approval is needed in that case. Arizona and Hawaii currently observe standard time year-round.

Other committee members voiced qualms about how barreling down this path could complicate cross-border commutes and regional commerce.

“Coeur d’Alene as an example is becoming a bedroom community of Spokane,” observed Republican state Rep. Vito Barbieri, who lives in the area. “It just concerns me that those commuting to Spokane to work will be traveling across a time zone difference.”

“I’m just not sure how the mechanics of this is going to work,” he said, while adding that he favored the general movement.

“I too worry about the regional things that will happen in this state if we make this change at this time,” said Twin Falls Republican Linda Wright Hartgen. “Most people would like to see us keep daylight savings time, but not go back to standard time.”

Choosing to adopt daylight saving time year-round would give people more natural light in the late afternoon in winter.

When it came time to vote, Zito’s arguments carried the day. Her proposal was sent onward for consideration by the full Idaho House in the near future. Its eventual fate is uncertain because a similar bill by Zito during last year’s session was soundly defeated on the House floor.

Just minutes earlier Wednesday on the other side of the Idaho capitol, a Coeur d’Alene-area senator introduced a separate bill specifically to keep northern Idaho in sync with the time in Washington state. Republican Sen. Steve Vick’s proposal says if the state of Washington goes to daylight saving time year-round, the portions of Idaho now in the Pacific time zone would follow suit. The Idaho Panhandle from Hells Canyon north is in the Pacific time zone. Vick’s bill awaits a hearing in the Senate State Affairs Committee.

An interesting twist is that if both Idaho bills were to pass, the time of day could someday be the same across all of Washington, Oregon and Idaho. That’s because Pacific Daylight Time and Mountain Standard Time are equivalent.

Clocks Change Again Sunday. But, Hey, Didn’t State Lawmakers Vote To Do Away With That?

Earlier this year, the Washington and Oregon legislatures voted by wide margins to ditch the twice-yearly time switch. Oregon’s move is contingent on California getting on board too, which won’t happen until next year at the earliest. Continue Reading Clocks Change Again Sunday. But, Hey, Didn’t State Lawmakers Vote To Do Away With That?

The movement to “ditch the switch” — the twice-yearly ritual of changing our clocks between daylight and standard time — just got a push from British Columbia, where residents signaled they are keen to join Washington state and Oregon on permanent daylight saving time. Continue Reading Push For Permanent Daylight Saving Time Gets Nudge From British Columbia Residents