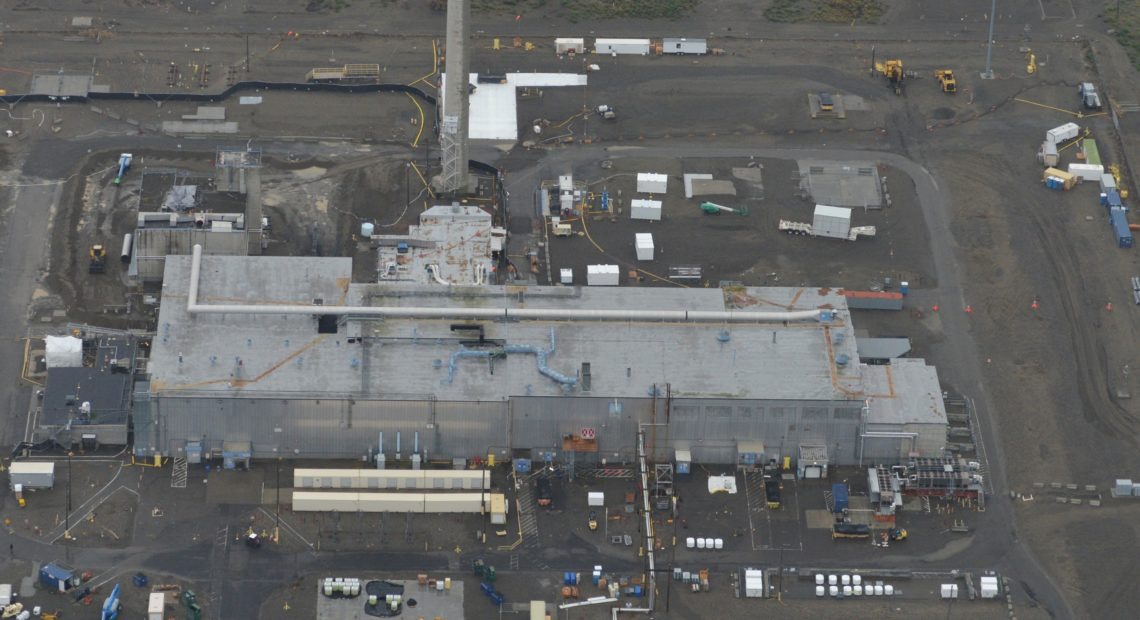 The large plant that produced two-thirds of the United States’ Cold War-era plutonium no longer exists.

But the demolition gave contractors some real trouble.

From 1949 to 1989, the massive plant’s job was to turn caustic liquids containing plutonium into solid plutonium “buttons,” as they were known. The finished buttons were about the size of hockey pucks and were used for America’s nuclear weapons.

Demolition started on the plant — called PFP by locals — more than 20 years ago. But as the public media Northwest News Network has reported, it didn’t go as planned as increasingly difficult parts of the plant were demolished.

In summer 2017, plutonium contamination was detected escaping the demolition site.

The site of Hanford’s Plutonium Finishing Plant as crews finalized the main demolition in February 2020. CREDIT: U.S. Department of Energy

Officials with the U.S. Environmental Protection Agency were catching drifting particles on what looked like large metal pizza pans out near a public highway. Then some more contamination was found on workers’ parked cars. Some 42 workers were even contaminated. They had ingested small amounts of plutonium.

In January 2018 the demo project was shut down by Washington state’s Department of Ecology and the EPA for more than a year, while officials worked on better ways to protect workers and the environment. Some lower-risk work was allowed to continue during that time.

Poor communication was found to be contributing to the escape of contamination from the site.

In all, crews removed more than 13,000 tons of debris into Hanford’s central dump for permanent disposal. The project missed it’s Tri-Party Agreement — a legal agreement between the federal Department of Energy, EPA and Washington’s Ecology Department, with an original cleanup deadline of 2016.

The building has been declared what’s called “slab-on-grade,” meaning the building above ground is demolished. But DOE says total cleanup of the project, including soil remediation and some core sampling underground, won’t be done until later this summer. 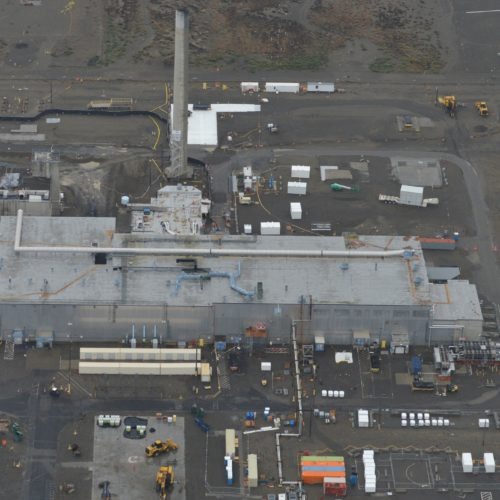 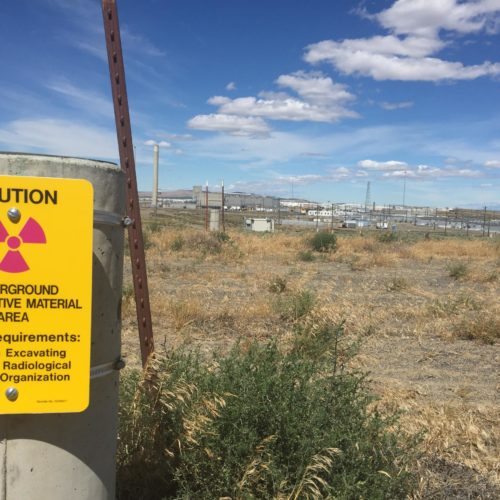 The U.S. Department of Energy is launching a federal investigation into a demolition site at the Hanford nuclear reservation where radioactive waste from the site has been spreading in unexplained ways. Continue Reading Feds To Investigate Contamination Spread At Hanford 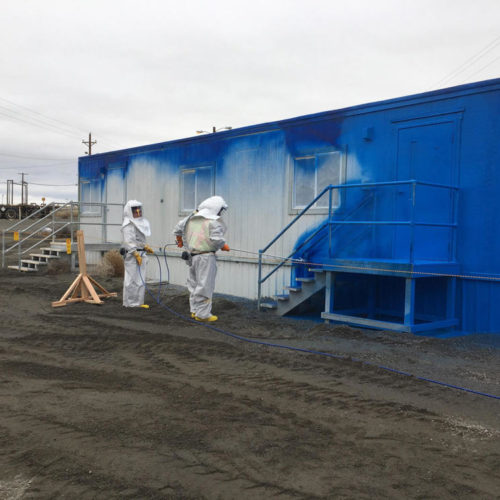 Report: Poor Communication A Main Cause of Recent Contamination Spread At Hanford Site

Prompt communication between workers and management at the Plutonium Finishing Plant did not occur, so radioactive waste continued to spread at Hanford. That’s according to a new report. Continue Reading Report: Poor Communication A Main Cause of Recent Contamination Spread At Hanford Site