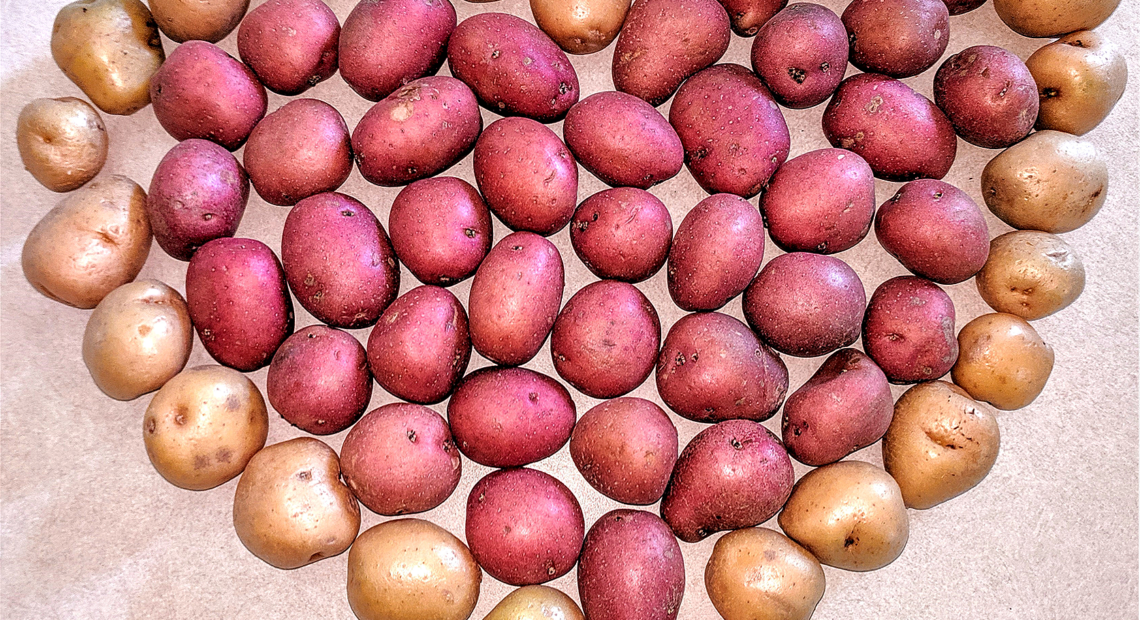 Magic In The Making: Food And Love

When you think of aphrodisiacs, what images come to mind? An oyster on the half shell? A glass of wine? A chocolate-dipped strawberry?

Let’s release the performance pressure valve right now: there really is no magical food ingredient for a romantic dinner. So don’t feel the need to overspend on something “romantic,” although such a gesture never hurts!

As you likely know, the sure-fire way to feel good is to eat healthy food every day. Spinach and beans may not be the most inspiring choices for a special meal, but with a little creativity they very well could be.

The key to a romantic dinner is thoughtfulness. The special part of a meal is not necessarily what’s on the plate, but how it’s delivered. Potatoes can be just a seductive as caviar if carefully prepared and plated beautifully.

For many years people associated spuds with fertility, because when they were introduced in Ireland the population increased. A perfect example of correlation versus causation. Of course, we now know that it was a solid food supply that helped the population, not the potatoes themselves. While potatoes have no special chemistry to induce romance, they did, and still do, have the advantage of being plentiful. Abundance has a sensuous, luxurious quality. In fact, abundance is one of the marks of romantic dinners: multiple courses and a wide variety of foods (common or rare) appeal to our desire to have plenty. Splurging and pampering are, in themselves, ways to induce positive feelings.

But enough of the fluffy stuff (mm… meringue!). Let’s get down to some hard facts.

In a scientific sense, no known “aphrodisiac” contains levels of any compound to elicit any noticeable amorous response in humans. Compounds in food such as chocolate are similar to compounds found in the body when one is in love or happy. Can you eat chocolate and feel as if you’re in love? No – you cannot absorb those compounds or convert them into emotional responses. Even if it were possible, the tiny amount present in the food means you would have to eat a ridiculous amount to have any noticeable effect – and it would be terribly unhealthy.

Essentially an “aphrodisiac” food is more like a placebo pill. But tastier.

The efficacy of edible aphrodisiacs is probably all in our heads. Yet research – in the field of pharmacognosy – reveals there may be something to traditional folk medicine claims about some plants containing aphrodisiac properties.

It’s a stretch to call these sources “food.” Yes, they are edible plants, but are more akin to herbs. Even if you do pop them into your mouth, you won’t get any aphrodisiac benefits. The plants must be purified and concentrated into essences and essential oils. Once the compounds are distilled and isolated from the plants, they can enhance one or two aspects of male biology – but only after several weeks of carefully dosed therapy. Most scientific studies are done with male test subjects. So if you’re a woman, the benefits, if any, would just be a guess.

Basically, eat anything containing these compounds occasionally or eat them the wrong way and – nothing.

While compounds with aphrodisiac potential do exist in natural edible sources, none of them are holistic magic-mood-making machines. There’s no shortcut to a good time, so enjoy the ride.