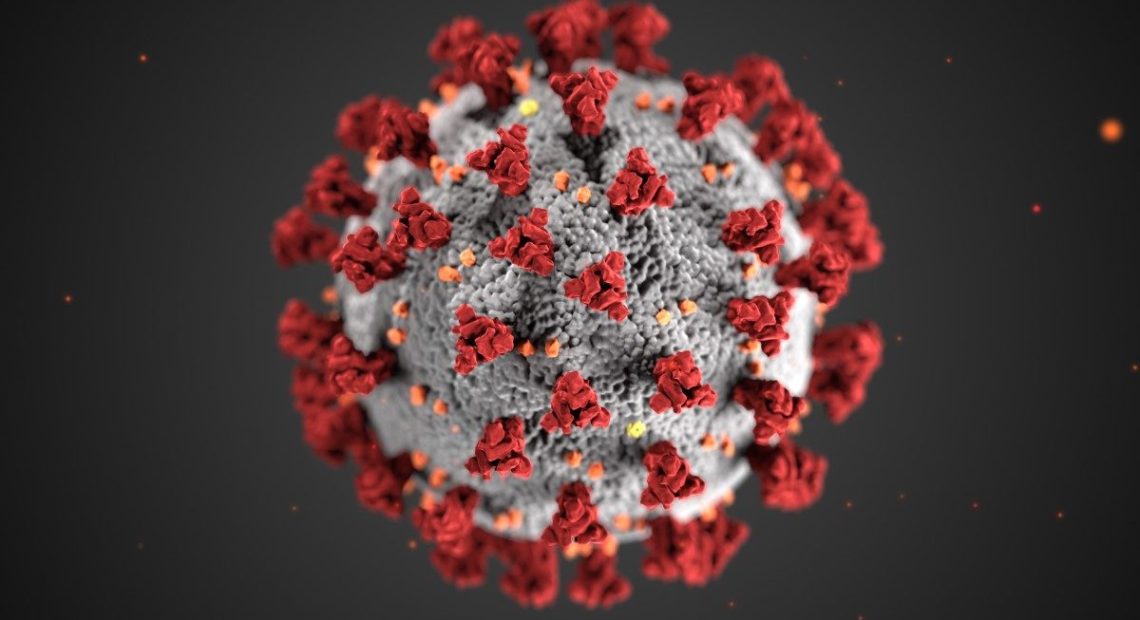 To stop the spread of COVID-19, the disease caused by the novel coronavirus SARS-CoV-2, serious measures are being implemented the world over, from citywide quarantines to cancellation of large gatherings. Public health professionals are urging “social distancing” – basically, staying away from crowds and other peoples’ personal space – to curb the spread of the virus.

Though the disease seems to hit the elderly and immunocompromised the hardest, even young and healthy people are strongly encouraged to practice social distancing. Why?

Basically, it all comes down to the realities of the limits of the health care system, says Carl Bergstrom, computational biologist at the University of Washington.

As the earliest and biggest cluster of COVID-19 cases in the U.S. unfolded in his area, Bergstrom was frustrated by people on social media not understanding why they shouldn’t continue normal social gatherings.

To tackle that confusion, he teamed up with designer Esther Kim to adapt a helpful graph that illustrates what’s at stake.

The curve with the tall peak demonstrates a scenario where lots of viral transmissions lead to lots of disease, which overwhelms the health care system. Unfortunately, this is what is currently happening in Italy, where doctors have to make some truly awful choices about who gets care first. 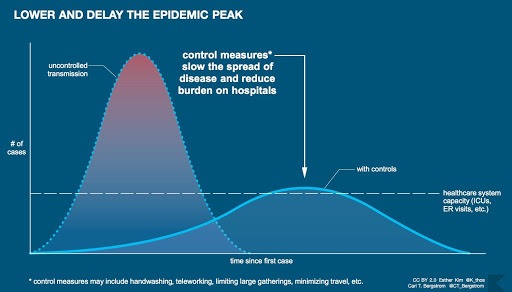 When social distancing measures are imposed, the spread of the virus slows and hospitals are less overburdened. Image by Esther Kim and Carl Bergstrom

“So, the idea of flattening the curve is that we need to take proactive steps to control the trajectory of this epidemic,” Bergstrom said. “If too many people are infected at the same time, we will overload our hospital capacity.”

The longer curve with the shorter peak offers an alternative scenario with low transmission. Although in that hypothetical situation the outbreak of disease cases would then likely last longer, the number of severe cases at any one time requiring precious hospital space and resources – the limits of which are depicted by the horizontal line – would remain manageable.

This is the scenario we can still hope to achieve in the U.S. It’s worked before.

During the 1918 influenza pandemic, Philadelphia waited more than two weeks after its first reported case to implement social distancing. By this point, the city’s health care system was overwhelmed.

A 2007 study compared the two cities’ responses and the graph looks very similar to the one from Bergstrom and Kim. Instead of depicting what could happen now, the data shows Philadelphia’s curve — showing the number of deaths — had a tall peak, while St. Louis successfully flattened the curve.

The key message here is to act, and act fast.

The U.S. is past the point of being able to trace the transmission path of each case and quarantine those affected individually. “That horse is pretty much out of the barn and way down the road at this point,” Bergstrom said.

Instead, approaching the emergency with a public health mindset and maintaining social distance is how we can all do our part to flatten the curve.

You can learn more about social distancing best practices on the CDC website.