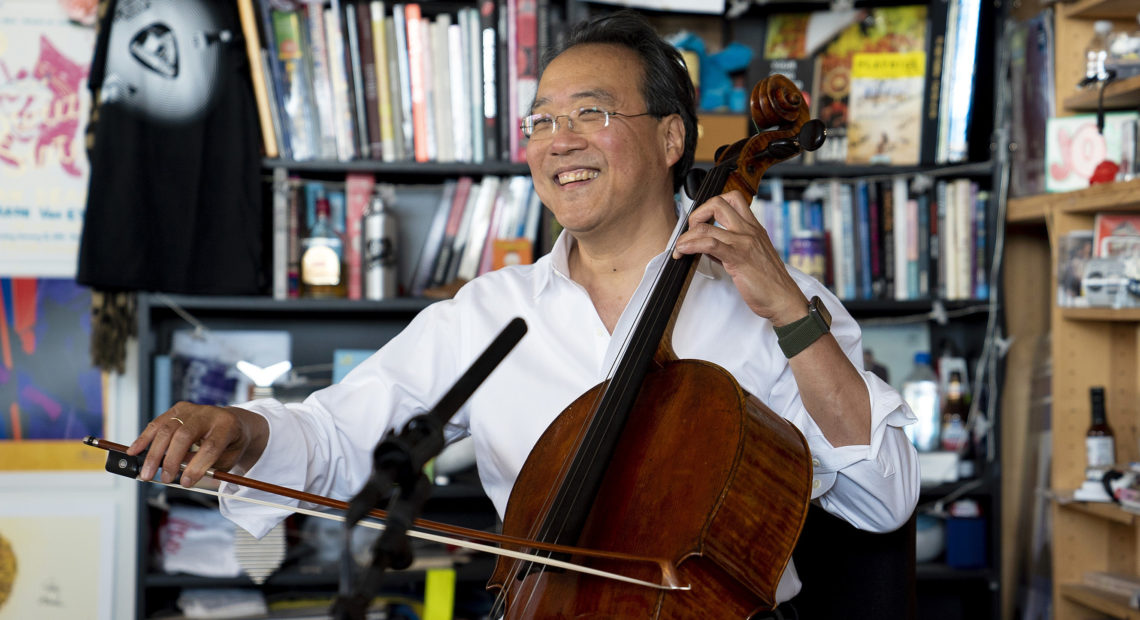 Yo-Yo Ma Calls For #SongsOfComfort During Pandemic. Here’s How You Can Join The Effort

Yo-Yo Ma has brought joy to listeners for decades with his virtuosic musicianship. Now, he is using his music to offer some comfort to a global audience in the midst of a pandemic that has sparked widespread anxiety and pain.

He started posting videos of himself performing what he dubbed #SongsOfComfort on social media. Last week, he played a short piece — Antonín Dvořák’s “Going Home” — via Skype for the PBS NewsHour.

He encouraged people to create and share their own art from home during this time, and use the #SongsOfComfort hashtag on different social media platforms to showcase those creations.

We’d like to hear from you. Using the #SongsOfComfort hashtag, share your videos and photos to the NewsHour’s Canvas arts Facebook group here. We may use them for a future story on air or online.

Some songwriting legends have joined the chorus. James Taylor shared a clip of himself performing his 1977 song “Secret O’ Life” to his Instagram account, saying it’s a tune to “lift our spirits during challenging times.” Carole King tweeted a demo version of “Tapestry” cut “Way Over Yonder.” In their at-home live stream concert last week, Amy Ray of the Indigo Girls cited Yo-Yo Ma’s project — and shouted out the PBS NewsHour — before playing “Galileo.”

Hamed Sinno, lead singer of rock band Mashrou’ Leila, posted a series of Instagram videos of him singing “Not While I’m Around,” from Stephen Sondheim’s 1979 musical “Sweeney Todd: The Demon Barber of Fleet Street,” saying that the “lyrics make me warm inside.”

“Being forced to employ social distancing has really made me think about the value of community,” Sinno said in the Instagram caption. “Hoping you’re all staying sane and healthy, and doing whatever you can to protect the vulnerable communities around you.”

“We’re collecting what is personal, what is true, what is trustworthy, what is community, because community is nothing except what is based on trust,” Ma said in introducing the project. “And when you say something in music, it better be true, because, otherwise, it doesn’t communicate.”

Here are some initial submissions that caught our attention:

Sara Fitzgerald, of Falls Church, Virginia, performed “Come and Find the Quiet Center” to the traditional hymn “Beach Spring.” Fitzgerald has been posting select tunes she plays on the piano to her Facebook page.

Twin sisters Ella and Clara of Springfield, Missouri, played the traditional hymn “Keep On the Sunny Side.” On Facebook, Wright said the tune, made popular by the Carter Family, is a “hopeful song to pass the time.”

From Omaha, Nebraska, 9-year-old Annabel Blake and “friends” (her father Adrian Blake and fiddler and family friend Julie McCabe Johanning) performed “Black Velvet Band,” a traditional Irish folk song. Seen in the background during their performance is a “Keep Calm And Carry On” poster.