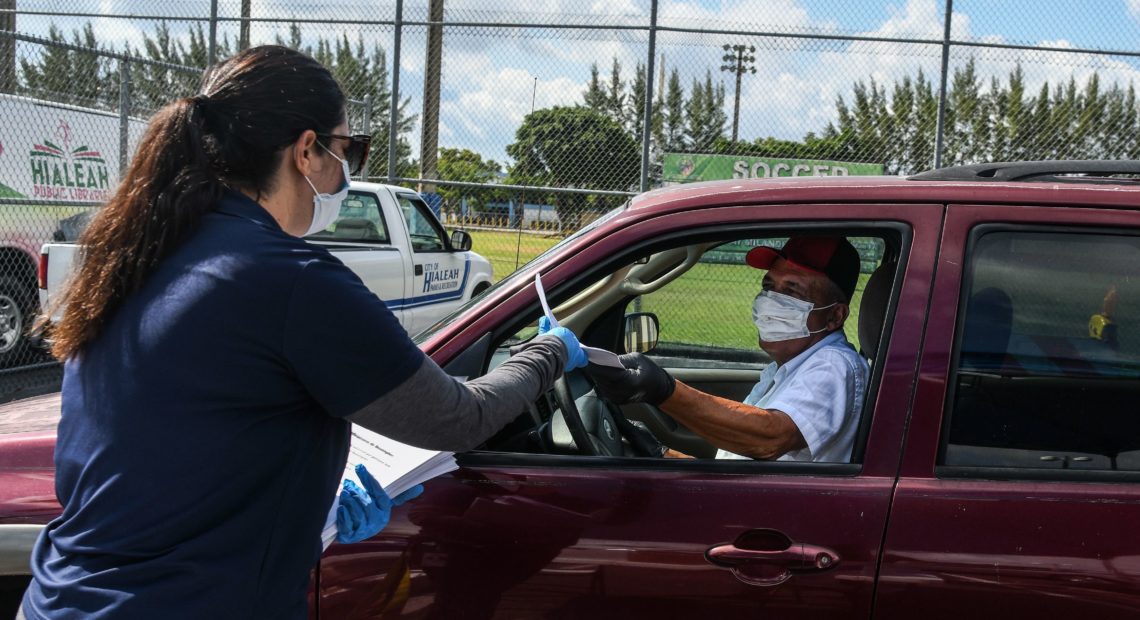 The number of people seeking unemployment benefits shot up again last week, as 6.6 million more people filed initial claims, the Labor Department said Thursday. About 16.8 million have filed in the past three weeks, and analysts expect the numbers to keep rising.

In the prior week, ending March 28, a revised 6.9 million people filed first-time claims.

Jobless claims have skyrocketed in recent weeks, as countless restaurants, hotels, factories and offices have been forced to shut down to combat the spread of the coronavirus. 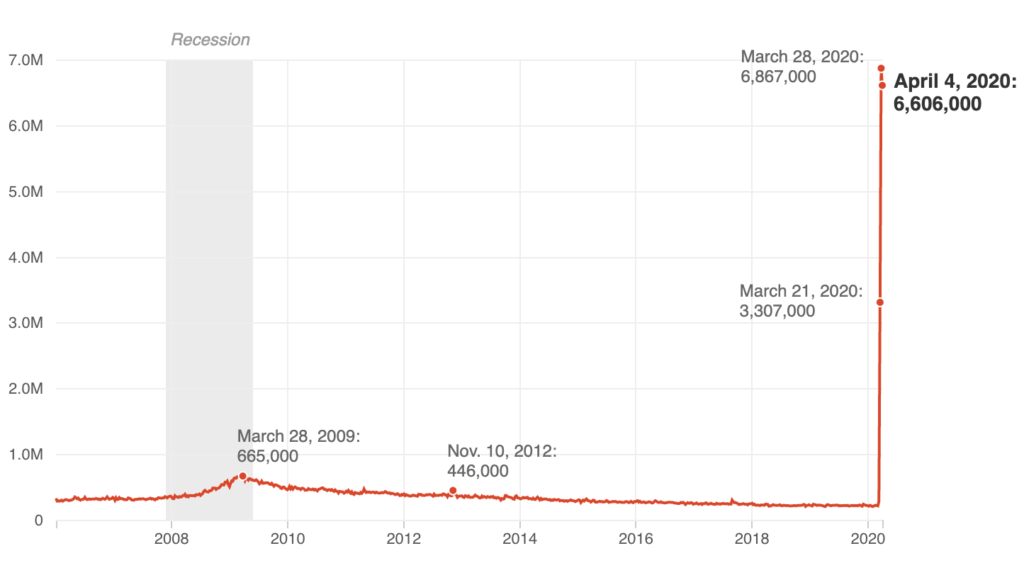 A report this week from Moody’s Analytics said job losses are expected to mount at “staggering” levels in the coming weeks.

The firm estimated that some 45 million jobs are at risk of being eliminated, because they’re not considered essential and can’t be done remotely. 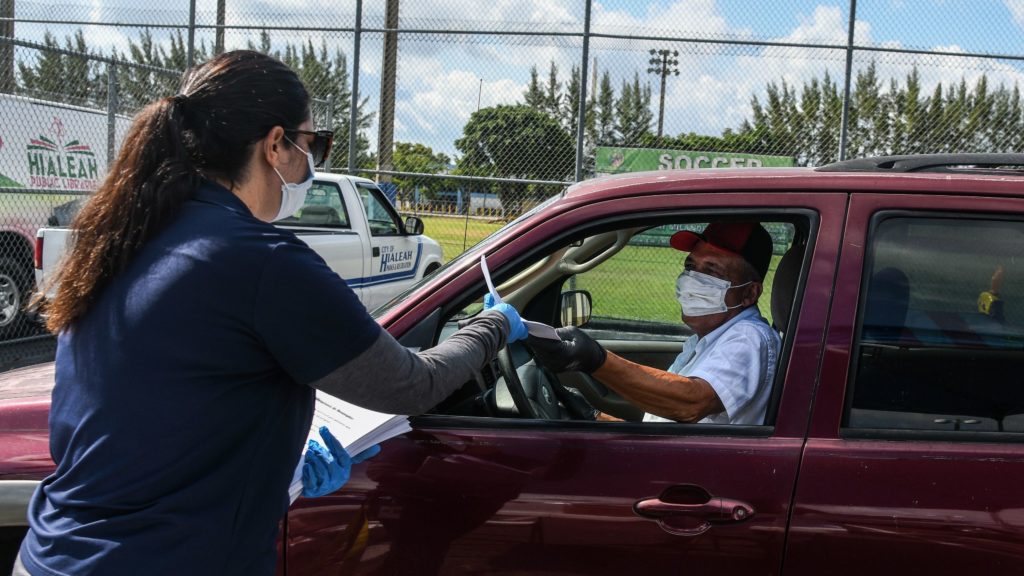 A man collects unemployment forms at a drive-through collection point outside of a library in Hialeah, Fla., on Wednesday. CREDIT: Chandan Khanna/AFP via Getty Images

The potential loss of so many jobs is “harrowing” and “fuels our expectation that [unemployment insurance] claims will continue to accrue at historic rates in the near term,” the Moody’s report said. “The harsh reality is that the level of initial UI claims is unlikely to recede in the coming weeks.”

Under the $2.2 trillion economic rescue package passed by Congress and signed into law by President Trump, laid-off workers are eligible for enhanced unemployment benefits, including an extra check of $600 a week for the first four months.

But getting benefits can be a challenge. The job market’s sudden collapse has created chaos in many state unemployment offices, with many people complaining that they can’t reach anyone to file claims.