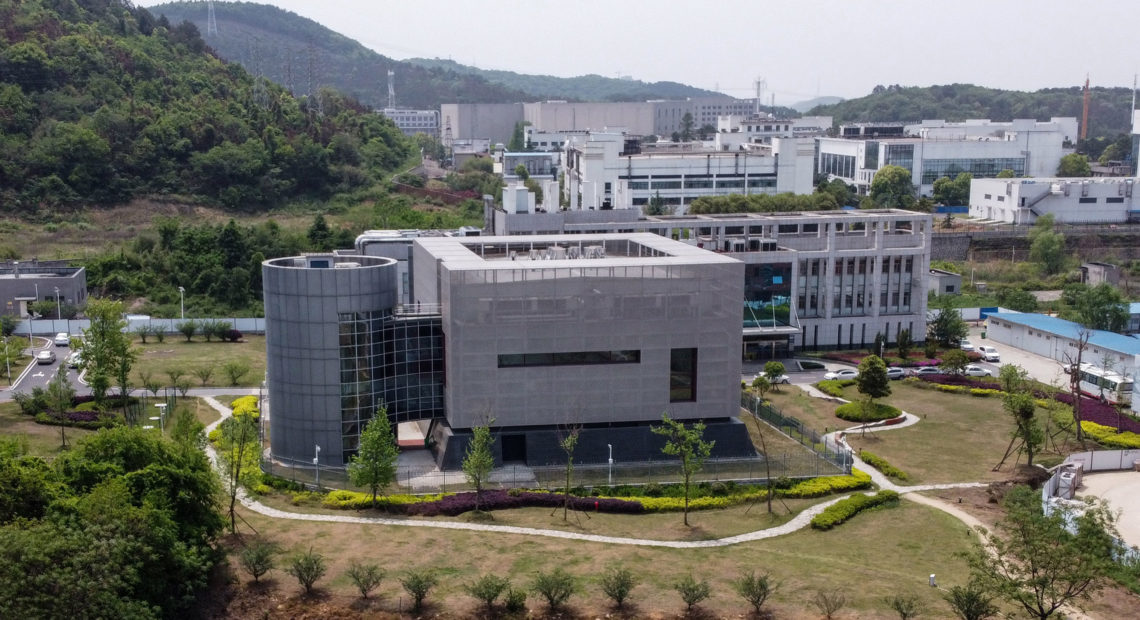 Virus researchers say there is virtually no chance that the new coronavirus was released as result of a laboratory accident in China or anywhere else. 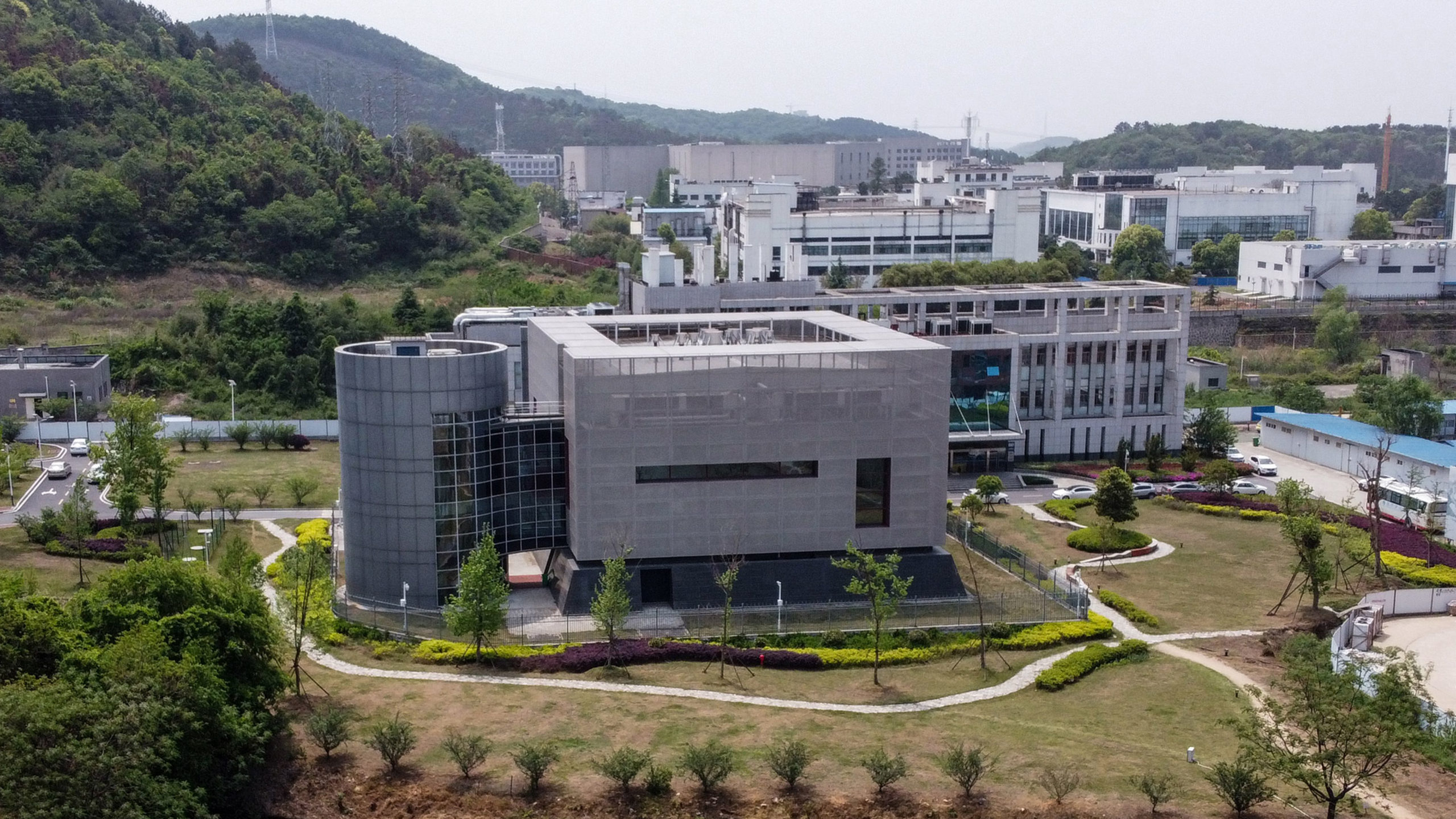 The Wuhan Institute of Virology (above) has been the focus of the lab accident theory. Scientists interviewed by NPR said that all evidence points to the pandemic not being the result of a lab accident. CREDIT: Hector Retamal/AFP via Getty Images

The assessment, made by more than half-a-dozen scientists familiar with lab accidents and how research on coronaviruses is conducted, casts doubt on recent claims that a mistake may have unleashed the coronavirus on the world.

The accident theory has been advanced by the Trump administration in recent weeks. Earlier this month, a set of State Department cables leaked to The Washington Post pointed to U.S. safety concerns at labs in Wuhan, the city where the virus emerged. Intelligence agencies are currently assessing the possibility of an accident, and last Wednesday, President Trump promised “a very thorough examination” of events.

“I will tell you, more and more, we’re hearing the story,” Trump said on April 15 of the theory that the virus came from labs in Wuhan.

But after corresponding with 10 leading scientists who collect samples of viruses from animals in the wild, study virus genomes and understand how lab accidents can happen, NPR found that an accidental release would have required a remarkable series of coincidences and deviations from well-established experimental protocols.

“All of the evidence points to this not being a laboratory accident,” says Jonna Mazet, a professor of epidemiology at the University of California, Davis and director of a global project to watch for emerging viruses called PREDICT.

Rather, the experts interviewed by NPR all believe that the virus was transmitted between animals and humans in nature, as has happened in previous outbreaks — from Ebola to the Marburg virus — andwithother known coronaviruses such as SARS and MERS.

“The real risk is in the wild in the way people interact with wildlife around the world,” says Peter Daszak, president of EcoHealth Alliance in New York City, a group that researches the origins of pandemics. “That’s where we need to be focused if we want to really do something about preventing the next pandemic.”

Many questions remain about how, exactly, the coronavirus known officially as SARS-CoV-2 began to spread in people. Its closest genetic cousin so far is another coronavirus found in Chinese horseshoe bats. Researchers believe SARS-CoV-2 likely made its way to people directly through bats or through an intermediate animal. Early focus on the source of the outbreak in Wuhan was on a major seafood market that also sold wild animals, though conclusive evidence proving the market was the origin of the virus has yet to emerge.

Regardless, genetic analysis shows the virus began to spread sometime in the fall or winter of 2019, says Robert Garry, a microbiologist at Tulane University. Those same analyses refuted an earlier theory that the virus was genetically engineered in a laboratory. Garry says the reason is simple — the virus infects people in a way that scientists had never seen before: “The virus is just really too good at what it’s doing,” he says. “No human using a computer could do this. This is very clearly a natural process that occurred.” In addition, he says, there are no signs of human genetic modification in the virus’s code.

Although the exact route from nature to people remains a mystery, bats are the likely reservoir for the virus, says Simon Anthony, a researcher at Columbia University who specializes in emerging infectious diseases. Bats are believed to be the carriers of two other coronavirus diseases that can infect people: SARS, which was first identified in Asia in 2003, and MERS, which was first reported in the Middle East in 2012. 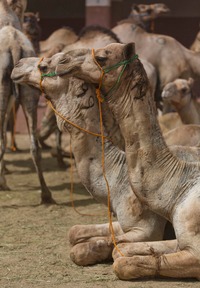 Animals have transmitted other coronaviruses to humans, who can contract Middle East respiratory syndrome by touching infected camels or consuming their milk or meat. CREDIT: Hiro Komae/AP

Research by Anthony and Mazet has found that bats likely carry many thousands of other unique coronaviruses. But the viruses won’t always cause disease in people, Anthony says.

That raises the first coincidence that would be needed for SARS-CoV-2 to come out of a laboratory: Scientists would have to find it in nature first. “Most of the viruses [carried by bats] actually probably don’t even have the capacity to infect humans,” says Anthony. So scientists collecting field samples would, in some sense, have to win the lottery to collect a coronavirus that happens to be highly transmissible in humans.

Even if researchers stumbled across the virus, they would be very unlikely to get infected. When researchers collect samples, they take extraordinary precautions to avoid infecting themselves in the field, says Mazet. Scientists working with wild bats wear N95 respirator masks, Tyvek suits, goggles and gloves. Samples of bat blood, urine, saliva and feces are immediately plunged into nitrogen to freeze them on the spot, Mazet says.

Lowering the odds further still, when researchers begin to work in the lab to see what they’ve collected, the samples they handle aren’t actually infectious. Mazet says they are “inactivated,” a chemical process that breaks apart the virus itself while preserving its genetic material for study.

“We basically deactivate or kill the virus before we work with it to limit the possibility of accidents,” she says. “And then we work inside biosafety cabinets even on top of that.”

These protocols are used by scientists all over the world, including in China. Mazet says that the staff at the Wuhan Institute of Virology, where much of the suspicion has been focused, has been trained by U.S. scientists as part of the PREDICT program. Scientists working there follow the rules, Mazet says.

Mazet says researchers at the Wuhan institute were so good, they actually helped to shape the protocols. “They were not only completing all of those trainings, but they were also weighing in and helping us to make those trainings very strong from a safety perspective,” she says.

While they inactivate the sample they work on, researchers also keep a live sample on ice as a reference, Mazet says, but it’s almost never used for study. Even if scientists did try to revive the live sample to perhaps study its behavior, she adds, the process of isolating the virus and amplifying it after a stint in deep freeze rarely works. “It’s just so difficult,” she says. U.S. scientists don’t even bother trying, opting instead to use powerful computer tools to conduct research instead.

Now it is possible for viruses to escape from a laboratory by infecting a worker. In the early 2000s, there were three documented cases of the original SARS virus escaping from a laboratory environment, according to Lim Poh Lian, a senior consultant at the National Centre for Infectious Diseases in Singapore. But the circumstances surrounding those escapes were vastly different.

In the case of a 2003 incident in Singapore, a student became infected with SARS after his samples were cross-contaminated with live virus. That virus was being grown in relatively large quantities in the lab for studies on the disease, and the student was not properly trained in safety procedures for the lab he was working in.

Lim says she does not believe a lab accident is the cause of the current outbreak: “While there is always some risk for lab accidents, risk is not reality,” she told NPR in an email. “The origin of COVID-19 is consistent with other natural zoonotic crossover events, without invoking lab accidents. ”

Rather than a laboratory misstep, researchers believe that this new coronavirus reached humans in the same way that other coronaviruses have: through “zoonotic spillover,” or humans picking up pathogens from wildlife.

The CDC estimates that 6 out of 10 infectious diseases in people come from animals, including diseases caused by coronaviruses. Globally, zoonotic diseases have been on the rise for decades. Human interactions with animals have created a perfect storm for increased zoonotic spillover.

“As we change the landscape to suit our purposes, we come more and more into contact with viruses and other pathogens that we don’t have much exposure to,” says Dr. Brian Bird, associate director of the OneHealth Institute at UC Davis School of Veterinary Medicine and a former CDC scientist.

“We’re fragmenting habitats. We’re building roads through most regions of the world. We’re incrementally destroying the large landscapes that animals have to live in,” says Raina Plowright, professor of epidemiology at Montana State University and principal investigator of the Bat OneHealth research group.

“Zoonotic transmission” or “zoonotic spillover” generally happens three ways: through excretion (feces that comes into contact with humans), slaughter (meat consumed by humans) and vector-borne (an animal biting a human). But even under these circumstances, the virus must then overcome barriers within the human body, defeating the immune system, to successfully replicate and transmit between humans themselves.

There is not enough genetic evidence to know how this particular “zoonotic spillover” took place, but it’s clear that natural spillovers happen in many countries, including China. A small survey by the EcoHealth Alliance of rural villages in Yunnan province found that nearly 3% of individuals surveyed had antibodies to coronaviruses similar to SARS, which Daszak says strongly suggests they had been exposed to other coronaviruses. The risks of virus exposure in that region are quite high because of a mixed landscape with both abundant wildlife and crops, which attracts wild animals into communities. 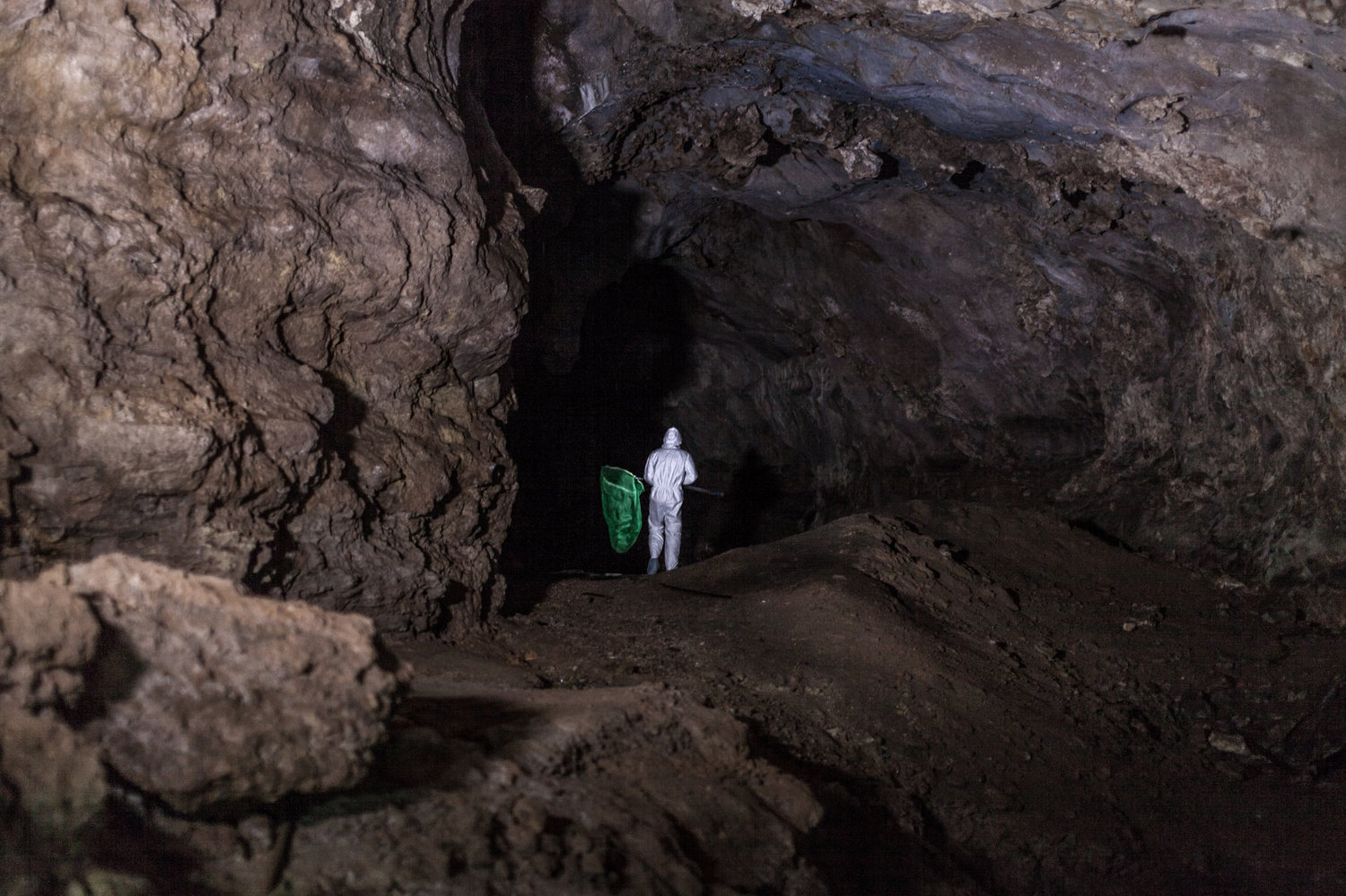 Daszak says he believes that’s just the tip of the iceberg.

“We’re finding 1 to 7 million people exposed to these viruses every year in Southeast Asia; that’s the pathway. It’s just so obvious to all of us working in the field,” he says.

Despite the evidence, misinformation about the virus’s origins continue to proliferate. For Daszak, who has worked on other outbreaks, the pattern is all too familiar: “Every time we get a new virus emerging, we have people that say, ‘This could have come from a lab,’ ” he says.

What’s unusual about this outbreak, he says, is that senior officials in both China and the U.S. have traded accusations that each nation is somehow responsible for the virus.

“It’s a real shame that the conspiracy theories can get to the level they’ve got with policymakers,” he says.

The political heat has strained the very scientific collaborations meant to detect these viruses as they emerge, warns Jonna Mazet. The PREDICT system she runs relies on the voluntary cooperation of many countries, with researchers freely sharing data about viruses they’re spotting within their borders. “With this sort of blame game that’s going on, we put ourselves at much more risk.”

Daszak says the time for finger-pointing is over. “We have a bat virus in my neighborhood in New York killing people,” he says. “Let’s get real about this.”