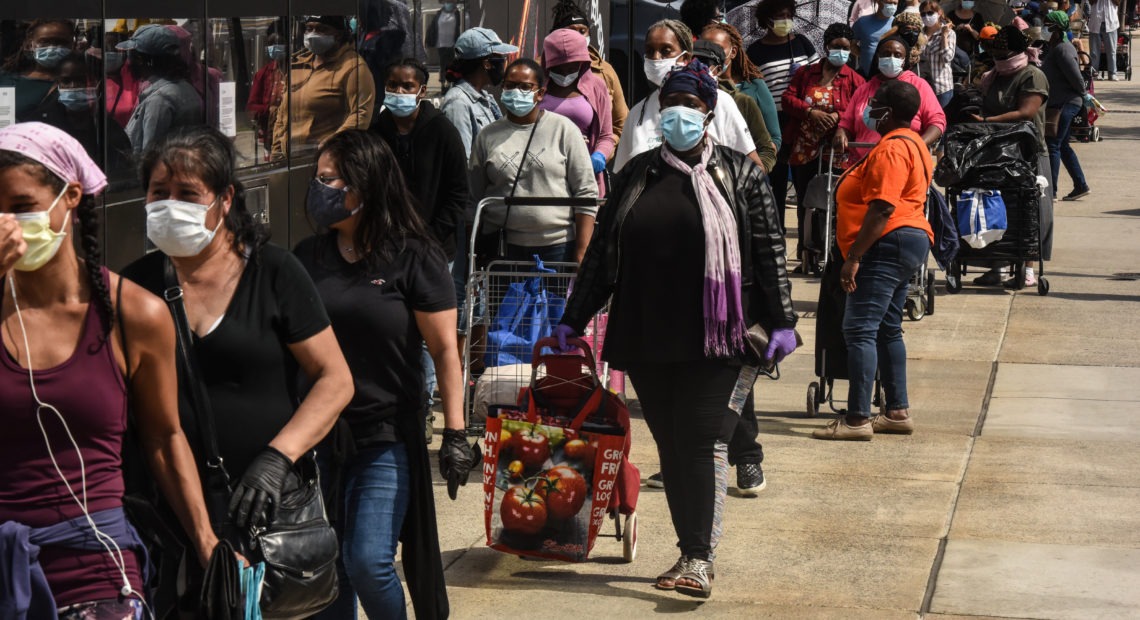 About Half Of U.S. Homes Lost Wages During Pandemic, Census Bureau Finds

The coronavirus pandemic has taken a hit in the paychecks of close to half of U.S. households, the Census Bureau says. 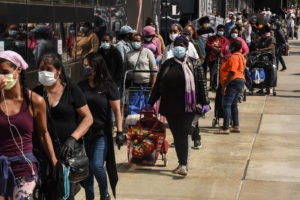 People wait in a long line to receive a food bank donation at the Barclays Center on May 15 in Brooklyn, N.Y. Across the country, cities and towns are dealing with the highest unemployment rates since the Great Depression. CREDIT: Stephanie Keith/Getty Images

Since March 13, 47% of adults say they — or another adult in their home — have lost employment income, while 39% say they’re expecting their households to earn less from work over the next four weeks.

With the first of the month coming in less than two weeks, more than a fifth of adults report they have just slight or no confidence in their ability to make their next rent or mortgage payment on time.

“When we saw those numbers, we were very surprised,” Victoria Velkoff, associate director of the Census Bureau’s demographic programs, said Wednesday during a webinar about early findings from a new weekly survey the bureau rolled out last month to try to gauge how the outbreak is altering lives in the U.S.

The results show that homes in two states with tourism-centered economies have suffered particularly hard financially. More than 58% of adults in Nevada and over 55% of adults in Hawaii report they’ve seen dips in their households’ employment income since mid-March. Nearly half of adults in both states expect that over the next month their households will take home less pay.

More than two months into the pandemic, the first set of results of the Household Pulse Survey released Wednesday also help illustrate how the coronavirus is taking a toll on people’s health as most of the country continues to shelter at home.

Over the past four weeks, close to 4 in 10 adults say they have waited to get medical care because of the pandemic.

Nearly 6 in 10 adults reported feeling nervous, anxious or on edge for several days or more in the week they were surveyed, and almost half of respondents said they could not stop or control their worrying for at least several days.

“The mental health questions were disturbing but kind of reassuring at the same time,” Velkoff said. “That we’re all a little anxious and worried and we are measuring that seems to be consistent with how people’s lives are.”

The Census Bureau surveyed more than 74,000 households through online questionnaires in English and Spanish between April 23 and May 5 for its first batch of findings. The bureau developed the questions for this $1.2 million experimental survey with the Bureau of Labor Statistics, Department of Housing and Urban Development, National Center for Health Statistics and other federal agencies.

The bureau, which is also conducting the ongoing 2020 census, says it’s planning to continue sending emails from [email protected] — as well as text messages from 39242 — with links to the Household Pulse Survey through mid-July.