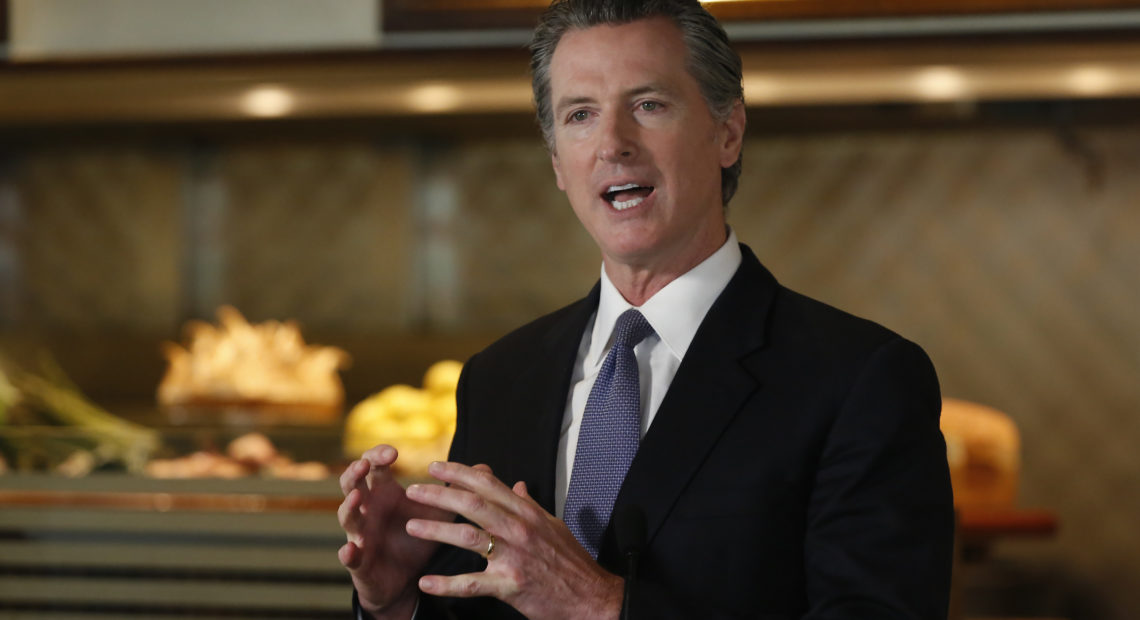 California led the nation in issuing a statewide stay-at-home order. But there’s been an economic cost for going first — in the form of a $54 billion budget shortfall and unemployment projected to be as high as 25% this quarter. 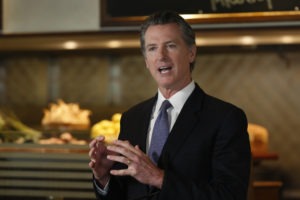 Gov. Gavin Newsom announced new criteria related to coronavirus hospitalizations and testing that could allow counties to open faster than the state during a news conference in Napa, Calif., on Monday. CREDIT: Rich Pedroncelli/AP

“Those are Depression-era numbers and they’re numbers that you’ll see across this country,” Democratic Gov. Gavin Newsom tells All Things Considered. “By some estimates … this has been the biggest shock we’ve seen in living memory.”

In California, this shock to the system has also resulted in 4.8 million people filing for unemployment insurance since March 12.

Going forward, the state will need to seek a balance between the economy and public health.

“We are going to do everything in our power to protect the most vulnerable, and do our best to protect public health, the public safety, and significantly do our best to address public education,” Newsom says. “But we can’t do that alone without the federal government’s support, not as charity but as social responsibility to help meet the needs of millions and millions of Americans.”

On Monday, the governor loosened the benchmarks that counties need to meet in order to reopen.

Here are excerpts from the interview:

These new benchmarks mean almost every county in the state — with a few exceptions, Los Angeles being a big one — can now move to the next phase of reopening. Why now, when confirmed cases of COVID-19 in your state are still going up by thousands a day?

Because we’ve seen stability. We never experienced the peaks that many other parts of the country experienced. And we’re seeing not only stability, but we’re seeing a decline over a two-week extended period of hospitalizations and number of patients in ICUs. And while you’re correct, we’re seeing total number of positive cases rise, we’re also seeing exponential increase in testing. A month ago, we were doing about 2,000 tests a day. We’ve been averaging north of 40,000 tests per day and our ratio of positives to total tests has also been stable for many, many weeks. … Deep progress has been made not only in the testing, but also in the tracing. We have now over 3,000 trained professional tracers throughout the state of California.

Your task force asked the federal government for $1 trillion in direct relief for state and local governments. Have you gotten an answer?

Well, overwhelmingly so. Not only was there an answer, there was action by Speaker Nancy Pelosi, the Democrats in the House. Look, I’m not naive. They moved a package forward well north of that. …

Which the Senate does not appear in a rush to take up.

Correct. And so the reality is we have to continue put up the pressure. And I think what’s significant is the pressure is not just coming from states and from local elected or statewide elected [officials], but from some of the most well-known icons in the business community, Bob Iger of Disney, Marc Benioff [of] Salesforce.com.

If that money is not forthcoming, there are painful cuts in the future for your state.

I don’t think there’s a state that will be spared. Now, many states are in a position like California where we have historic reserves. But you’re correct, there will have to be cuts. We’re trying to do our best to spare, again, those cuts against the most vulnerable. And that’s why it’s so foundational, fundamental that we get support from the federal government.

Listen to the full interview at the audio link above.