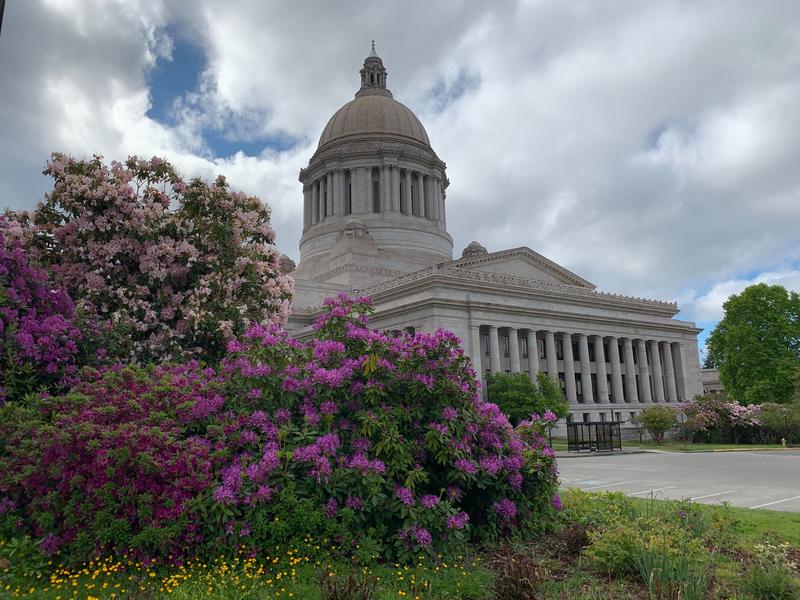 Might There Be A Special Session Of The Washington Legislature? Don’t Bet On It, Or Against It

As Washington Gov. Jay Inslee exerts his emergency powers to battle COVID-19, behind the scenes legislative leaders are exploring the idea of a special session of the Legislature, perhaps as early as next month.

“We are very much deeply in the weeds on trying to figure that out and I think in the next week or two we should have some more clarity,” said Senate Majority Leader Andy Billig, a Spokane Democrat.

Like all states, Washington is facing a precipitous drop in revenues as a result of the shuttering of much of the economy due to COVID-19. Because Washington has healthy reserves, the state doesn’t face an imminent budget shortfall at the end of the current fiscal year, which is June 30.

“The June revenue forecast is going to create an eye opening experience that’s like being dumped in ice water,” predicted Speaker of the House Laurie Jinkins, a Democrat from Tacoma.

One of the arguments for convening a June special session is that lawmakers could begin the process of slowing state spending before the new fiscal year begins and new spending bills take effect.

“The earlier you make reductions, potentially the smaller they can be because they accumulate over time,” Jinkins said.

“Act Sooner Rather Than Later”

This is also an argument some Republicans are making.

“I am convinced now that we need to act sooner rather than later,” said state Sen. John Braun, the ranking Republican on the Senate Ways and Means Committee, in an interview this week on TVW’s “Inside Olympia” program.

Besides spending cuts, Braun – who supports holding a special session in June — said lawmakers should have a role in deciding how $1.87 billion in federal COVID-19 relief funds are distributed. He’s also interested in directing more resources to long-term care facilities, which have been hard hit by the coronavirus.

Majority Democrats have their own possible agenda items for a special session. That list includes aid to small businesses and, potentially, codifying some of Inslee’s emergency proclamations, which have to be renewed every 30 days if they suspend portions of state law.

But Democrats are not yet convinced that an earlier special session is the best course of action – especially since there’s not an emergency need to balance this year’s budget.

“There’s an argument for moving quickly in June, but there’s an equal argument for waiting,” said state Sen. Christine Rolfes, the Democratic chair of the Ways and Means Committee.

Rolfes, who also spoke on “Inside Olympia,” said the argument for waiting includes the fact the state doesn’t yet know what additional federal stimulus and recovery money Congress might appropriate in the coming months.

“So there’s a discussion right now about whether we come in June and do some urgent, emergency just get-the-job-done stuff, or whether we wait more until August, September when we have all the facts and all the information,” Rolfes said.

Rolfes said she’s not in one camp or the other. But she did caution that drafting bills and getting everything ready for a June special session would represent “a pretty fast time frame,” particularly given that many legislative staffers are working from home.

Jinkins, the speaker of the House, indicated that she supports the idea of a June special session, but added the agenda would need to be “well worked” in advance. Billig, the Senate leader, echoed that sentiment.

Adding to the complexity of the situation is the fact it’s an election year with all House members and about half of state senators up for re-election, along with Inslee who is seeking a rare third term. Besides the heightened political climate, anytime the Legislature is in session, lawmakers are prohibited from raising campaign funds.

Ultimately, the decision to reconvene lawmakers rests with Inslee who has the power to call the Legislature back into special session. In an interview Wednesday, Inslee’s legislative director, Drew Shirk, said they’re still gathering much of the information that would inform a decision about whether to call a special session

“[It] really comes down to how much savings can you get in a timely way that would make a big difference,” Shirk said.

As for the timing of a special session, Shirk said the governor’s office is not set on any particular timeline.

“We’re not seeking a special session or pushing for one at this point, but I think we’re open to the conversations,” Shirk said.

There’s also talk of a special session in Oregon, but no date has been set.

Even without a special session, the governor has already begun taking some early austerity measures.

In early April, Inslee vetoed approximately $235 million in new spending that had been approved during the regular 2020 legislative session.  Since then, he’s ordered state agencies to halt hiring, personal services contracts and equipment purchases.  He’s also instructed agencies to identify a total of $1.9 billion in immediate, combined savings options.

However, Inslee has not declared a “significant revenue shortfall” which would allow him to reopen collective bargaining agreements and potentially renegotiate three percent pay raises for state employees that are scheduled to kick in on July 1.

If Inslee does ultimately call a special session, it would be for 30 days, although lawmakers could adjourn sooner than that. Rolfes noted that historically special sessions have typically lasted 10 to 17 days.

Technically, the Legislature can call itself back into session with a two-thirds vote. While there’s been no serious discussion of that to date, in late April a small group of Republican state lawmakers proposed an immediate special session and said the Legislature should convene it if Inslee wouldn’t.

If lawmakers do reconvene, it will likely present unique challenges because of the need to maintain social distancing. Beginning in March, the House and Senate began exploring ways for lawmakers to participate in a legislative session remotely.

On Wednesday, Secretary of the Senate Brad Hendrickson said “good progress” has been made and that the most likely scenario would be a video conference option that would be added onto the existing Floor Activity Report website, which the public can access.

Meeting remotely, however, would require a change of House and Senate rules.

“While both the House and the Senate are preparing for the possibility of a remote session, the timing and circumstances of a special session are yet to be determined,” said Bernard Dean, the chief clerk of the House.

If lawmakers do end up convening in June, the agenda is likely to be narrow. Longer term, though, majority Democrats are already talking about the potential for state “stimulus” spending, perhaps in the form of a transportation package or additional capital construction spending.

In addition, Democrats are making clear that, so long as they’re in charge, they have no intention of balancing the state budget with cuts alone, something Jinkins said would be “completely unacceptable.” Instead, Democrats also plan to look for sources of revenue — which could come in the form of a federal bailout to states or, even, new or higher taxes.

“[Are] there ways to make our tax system more fair and to provide additional revenue as we make it more fair, I think that’s absolutely something that will be discussed,” Billig said.