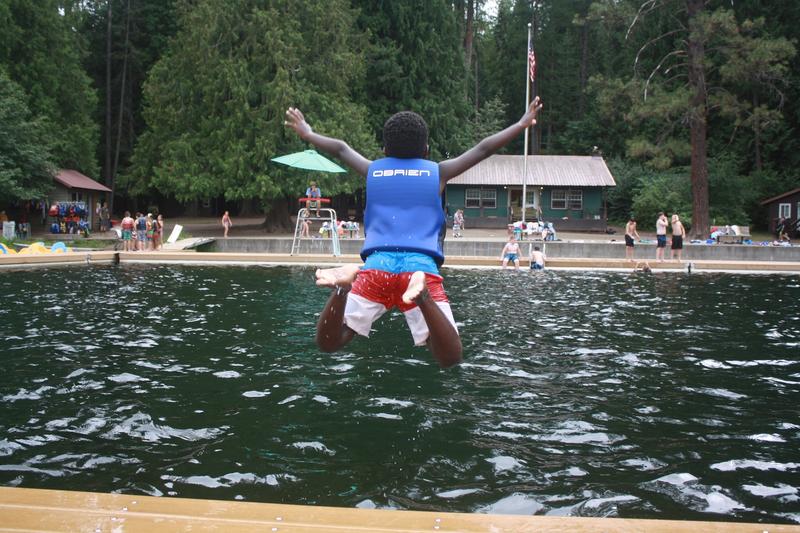 Summer Camp Cancellations Multiply, But Some Hold Out Hope For Late Start

The coronavirus is spreading a pandemic of disappointment among Pacific Northwest families and camp counselors via the widespread cancellation of traditional sleepaway summer camps. But some camp operators in Washington state and north Idaho are waiting to make the final call for this summer in hopes that overnight camps can still take place — albeit with a late start probably. Others are putting an assortment of backup options into play.

Chief Youth Development Officer Gwen Ichinose Bagley oversees several big summer camps for the YMCA of Greater Seattle — Camp Orkila on Orcas Island and Camp Coleman near Longbranch, Washington. Like camp directors across the nation, Bagley said she clung to hope as long as she could that there would be some way to hold summer camp in the time of coronavirus.

“Unfortunately, with the pandemic and where we are with social distancing and group sizing, we made the difficult decision to pause our traditional youth overnight camps,” Bagley said in an interview Tuesday.

In peak summer, her two camps together would normally host around 1,000 youngsters and staff per week.

“There’s a lot of loss there for us and for our campers,” Bagley said. “We’ve heard a lot about missing camp and not having that this year. It was a really tough decision, but we think it’s the right decision at this point.”

Guidance from the Oregon Health Authority issued late last week said overnight kids camps will not be allowed at all in Oregon this summer, but day camps will be with restrictions. The Washington State Department of Health and governor’s office are still in discussion on their guidance, according to a spokesman for Gov. Jay Inslee.

Many of the oldest, biggest summer camps in Washington couldn’t wait for resolution of those talks, though. The Girl Scouts of Western Washington, Canoe Island French Camp, Camp Nor’wester and Camp Fire Central Puget Sound’s Camp Sealth to name a few have cancelled their entire seasons.

Four Winds Camp Director Paul Sheridan posted an emotional letter to campers and parents that explained the rationale for cancelling the entire summer program of the camp on Orcas Island for the first time since its founding in 1927.

“Camp is the opposite of social distancing,” Sheridan wrote. “We hug, we high five, we gather shoulder to shoulder in the Lodge, we put our arms around each other and sing. Even if it were possible to have Camp while maintaining social distancing, and we’re not sure that it is, it wouldn’t be a Four Winds summer.”

Residential summer camps and day camps are not assigned to any particular stage of the Inslee administration’s four-phased process to reopen the economy and society. But camps clearly fit in the later stages. Phase 3 allows for gatherings of up to 50 people and restart of team sports. In Phase 4, all remaining restrictions on recreational activity are lifted and larger gatherings can resume. Counties are advancing through the stages on a piecemeal basis, with none further than Phase 2 at this juncture.

Virtual camp comes to the fore

The YMCA, some Camp Fire chapters and various independent nonprofits are now experimenting with “virtual camp” to salvage what they can.

“I’m cheering for Timmy the caddis fly,” said an enthusiastic program director from Camp Orkila as she introduced the Great Caddis Fly Race of 2020 to online viewers during a nature-oriented Facebook livestream three weeks ago.

Some summer camps are inviting families to gather around a cyber fire for songs, skits, or vespers. YMCA Camp Reed staff have started posting a daily video with a critter of the day and a short chapel talk, which are part of that summer camp’s traditions. The YMCA of the Inland Northwest camp north of Spokane is in limbo at the moment between executing an abbreviated in-person season or moving the camp to a fully virtual format.

Other Pacific Northwest camp operators considered and rejected the virtual alternative. The director of a Christian summer camp north of Spokane, Camp Spalding, recently told his clientele that camp as they know it “just doesn’t translate to an online format.”

The list of summer camp operators crossing their fingers that in-person overnight camps can go ahead by midsummer includes the Chief Seattle Council Boy Scouts, some Camp Fire chapters and the YMCA’s Camp Reed.

“We want to keep that hope alive and explore every option,” said Camp Reed executive director Phil Harrison. “The memories that are created at camp are second to none, some of the best times that our kids have in summer.”

Theresa Samuelsen directs Camp Fire North Central Washington, which runs Camp Zanika Lache on Lake Wenatchee. She said she will cancel the first couple sessions of summer 2020, but hopes her county will loosen pandemic-related restrictions in time to salvage most of the season for around 400 campers.

“We want to be able to give them that choice and that chance, but also make it safe,” Samuelsen said in an interview Wednesday. “What we’re trying to wrap our heads around right now is how to make it a good quality experience for them plus also keep them and the staff safe.”

Samuelsen plans to run the summer camp at reduced capacity and clean the cabins much more frequently among other operational changes.

“It’s really stressful,” she said in regards to pushing out the final decision about whether to proceed to the last possible moment.

“Camp in a Box” and other modifications

The YMCA of Greater Seattle is trying to partially replace its cancelled traditional overnight summer camps with more Family Camp slots. These meet safety requirements by having people come to camp in a family unit and stay together in their own cabin.

“Camp in a Box” is another option, particularly for families “who are not quite comfortable yet sending their kids to camp,” Bagley said. In this scenario, the YMCA mails activity materials to campers to mimic some summer camp experiences.

“It’s an opportunity to keep that camp experience alive,” Bagley explained. “A family would receive supplies for a week and they would be online with fellow campers and their counselor for the week doing a variety of activities together as well as some independent activities.”

Aside from that, throughout the Northwest there are still day camp options to help parents and kids get through the summer. Many day camps plan to make changes this year, including limiting groups to smaller sizes and spacing kids farther apart during activities.

The director of the San Juan County Health and Community Services Department spent many hours in meetings with summer camps in his area over the past two months, going over possible protocols and procedures. Mark Tompkins said he is satisfied that modified camp sessions can be held safely once COVID-19 case counts go down a little further in the broader region and the state moves into the later phases of reopening when group size limitations are relaxed.

“Bringing everything together and doing it safely is going to be the key,” Tompkins said in an interview. “There is an opportunity for kids to really learn and experience from this if it is done safely and properly.”

As with so many other sectors affected by the coronavirus, the widespread cancellations of camp programs are wreaking havoc on nonprofit budgets and costing jobs. For some organizations, summer camp is their main source of income.

“With no revenue from spring guest groups, no anticipated summer camp income (over half of our annual revenue) and uncertain prospects for fall guest groups, Camp Spalding – like many thousands of businesses and nonprofits across the country – faces significant financial challenges in the months ahead,” the camp’s executive director Andy Sonneland wrote in a web post.

Sonneland said Camp Spalding’s few year-round staff would be taking a significant pay cut and whatever programs can be pulled off later in the summer would need to rely on volunteers.

Some nonprofit-operated summer camps have asked parents for a financial care package. They’re asking families to roll over their deposits to 2021 in order to minimize the cash drain or to consider taking a partial refund and converting the rest of their payments into donations to tide the camps over.