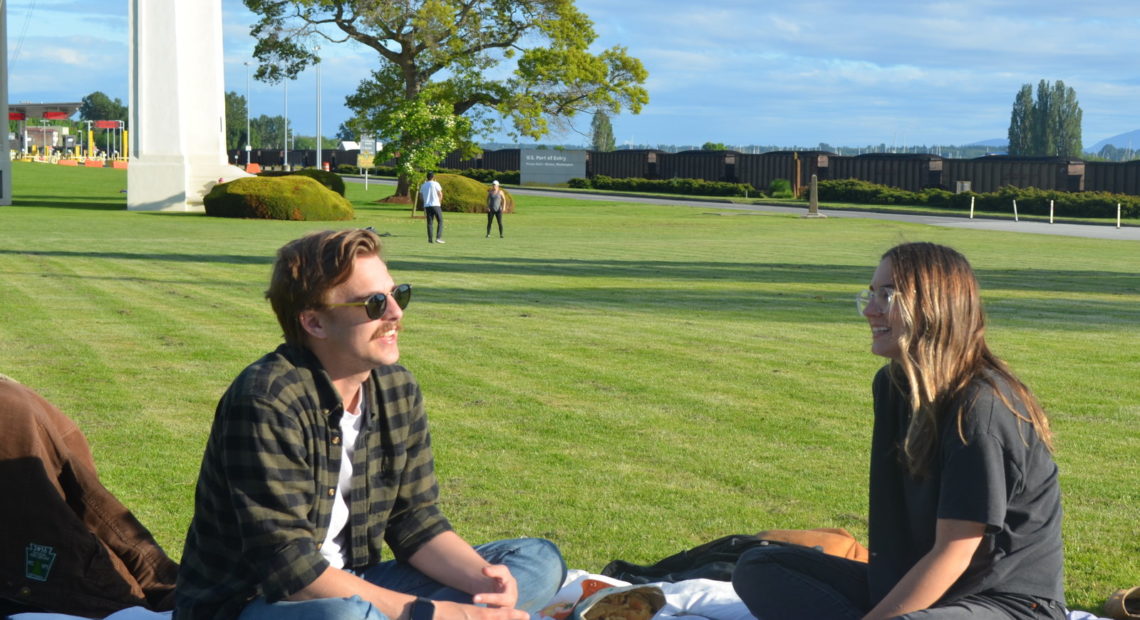 Coronavirus Closed The Border. This Bellingham – BC Couple Was Stuck On Opposite Sides

Ryan Hamilton and Savannah Koop had planned to get married on May 8. Hamilton lives in Bellingham, Wash., and Koop lives just across the border in Abbotsford, British Columbia.

But, on March 21, the U.S.-Canada border closed to all nonessential travel, and will remain closed until at least June 21. Unfortunately for Hamilton and Koop, visiting loved ones — and attending one’s own wedding — are not considered essential travel.

The two met on a dating app last July and traveled easily back-and-forth across the international border to see each other.

Koop was two hours late for their first date. 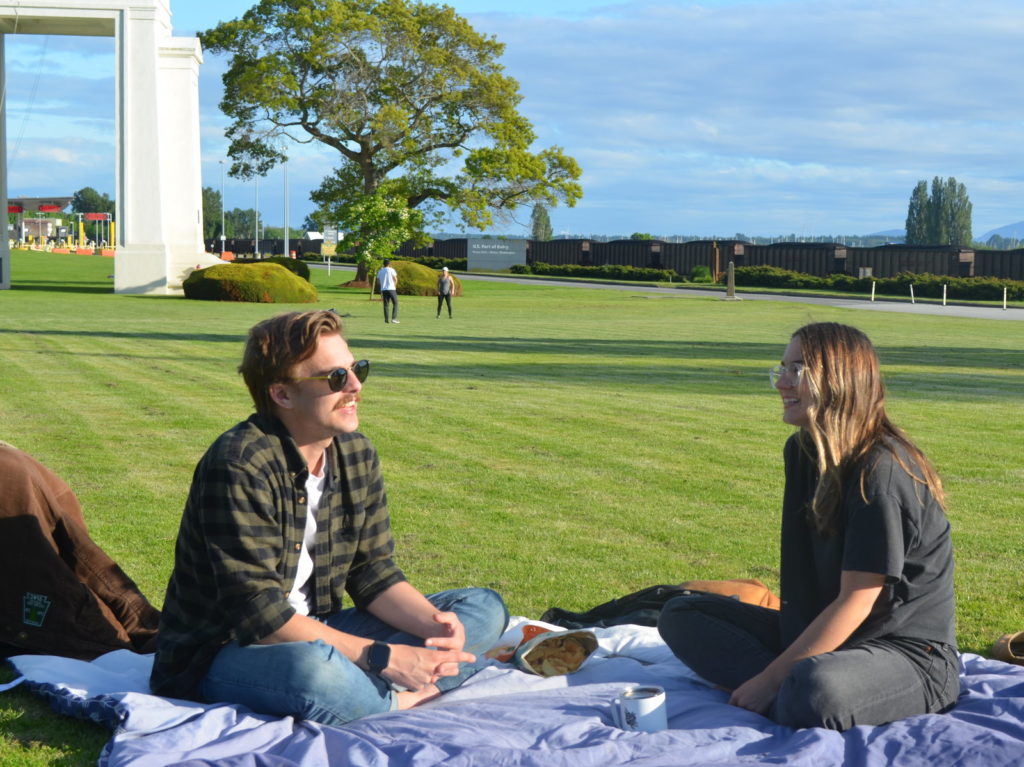 Ryan Hamilton, left, and Savannah Koop had planned to marry on May 8, and then the border closing due to the pandemic changed their plans. CREDIT: Eilis O’Neill /KUOW

Nonetheless, she said, border waits were “my excuse quite often, because I’m usually — I’m not punctual.”

By fall, they were talking about marriage.

“I used to say, ‘In eight to nine years, when we get engaged eventually,'” Hamilton said, “and then she said, ‘that’s not a funny joke anymore.'”

They started looking at rings and Koop made it clear she didn’t want “glitz and glam and a big diamond,” but rather preferred a simple gold band.

“I was vocally one of those guys who was like, ‘I will never propose with just a simple gold band,'” Hamilton said.

But when they decided to get engaged, their timeline was short.

“There was a week and a half for me to get a ring, so it was either propose with no ring or propose with a simple gold band,” Hamilton said.

Gold band it was.

Soon after Hamilton and Koop got engaged, the coronavirus pandemic started to take off in North America.

“We had had an inkling that the borders were going to close, and I was checking the news every single hour,” Koop said.

The news came on March 20: the border was closing, effective the very next day.

“I think I bawled,” Koop said. The couple panicked as they tried to sort out if one should go to the other to get across the border before it closed.

“And then the day was over,” Koop said. “That was incredibly heartbreaking.” 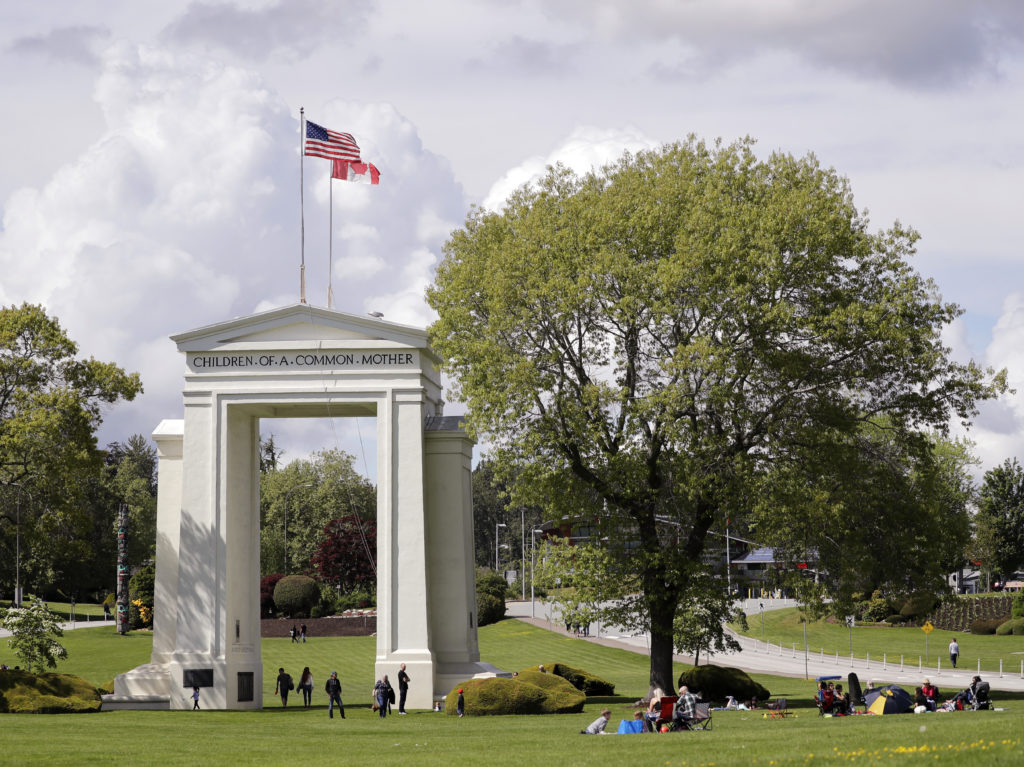 People walk back and forth across the border between the U.S. and Canada in Peace Arch Park in Blaine, Wash., on May 17, 2020. With the border closed to nonessential travel amid the global pandemic, families and couples across the continent found themselves cut off from loved ones on the other side. The park reopening reunited many of them. CREDIT: Elaine Thompson/AP

The date for their wedding came and went, and the border remained closed.

Koop grew tired of FaceTime and suggested they meet up.

They looked at a map and found a place along the border where they could park, one on each side of the ditch separating the two countries.

“I’m sitting in my car and I see Ryan’s car coming up, and I’m just like, ‘Whoa, there’s Ryan! I can see him!'” Koop said. “And I just cried so hard. It was just like streams of tears coming down my face.”

But see each other is all they could do.

They went for a walk, each staying on their side of the ditch. Then it became a regular visit.

“The next week, we went almost every day,” Hamilton said.

Over time they saw other families and couples doing the same thing.

But finally, Peace Arch Park reopened. The park is on the border between Washington state and British Columbia, and pedestrians from each country can meet without officially having to cross the border.

Now, Hamilton and Koop can get together after work, hold hands and share food.

They say the dates are nice, but what they really want is to be married.

“We haven’t been indoors together in almost three months,” Koop said. “It is, like, surreal to be like, ‘Oh, Ryan’s supposed to be my husband right now, but he’s not.'”

Hamilton still lives with three roommates, but wishes he was living with Koop.

“It’s weird not to be able to even start our life together,” Hamilton said. “We’re just stuck.”

While they wait for the border to open back up, Hamilton and Koop have been meeting with immigration lawyers and financial planners, doing their best to map out the future.

They say they have faith things will work out, eventually.