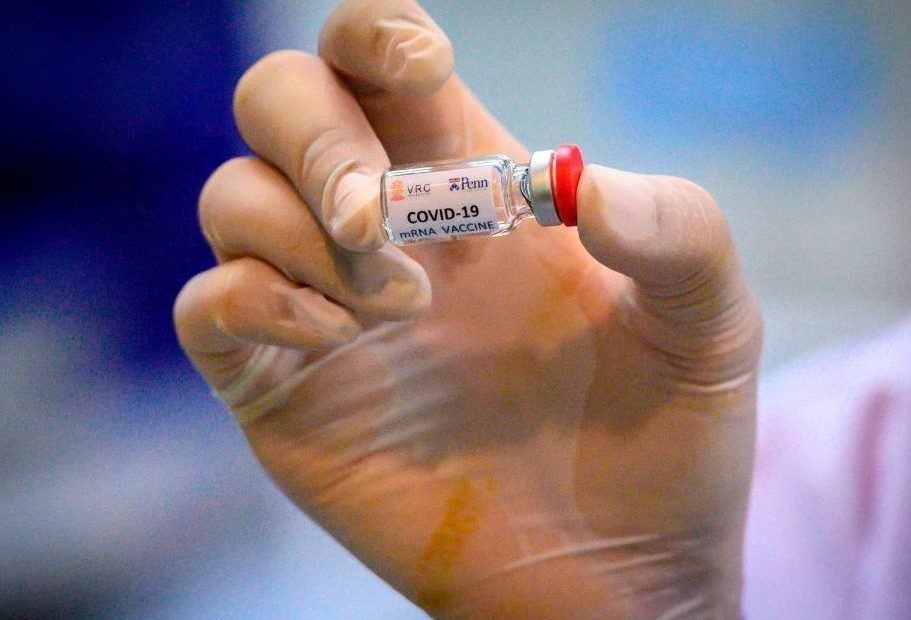 Asked And Answered: What To Know About Coronavirus Vaccine Science

Approximately 200 COVID-19 vaccines are being actively developed. All vaccines have one main goal: to prepare a person’s immune system to fight off an invading organism should the body encounter it.

To accomplish that, a vaccine presents the immune system with something that looks like the invader and is essentially harmless, but nonetheless tricks the body into developing an immune response that would fight off the real virus if it appeared. It’s a bit like showing someone a picture and saying, “If this person shows up at your door, don’t let them in.”

There are lots of ways of making that viral “picture,” and COVID-19 vaccine developers are pursuing all of them. 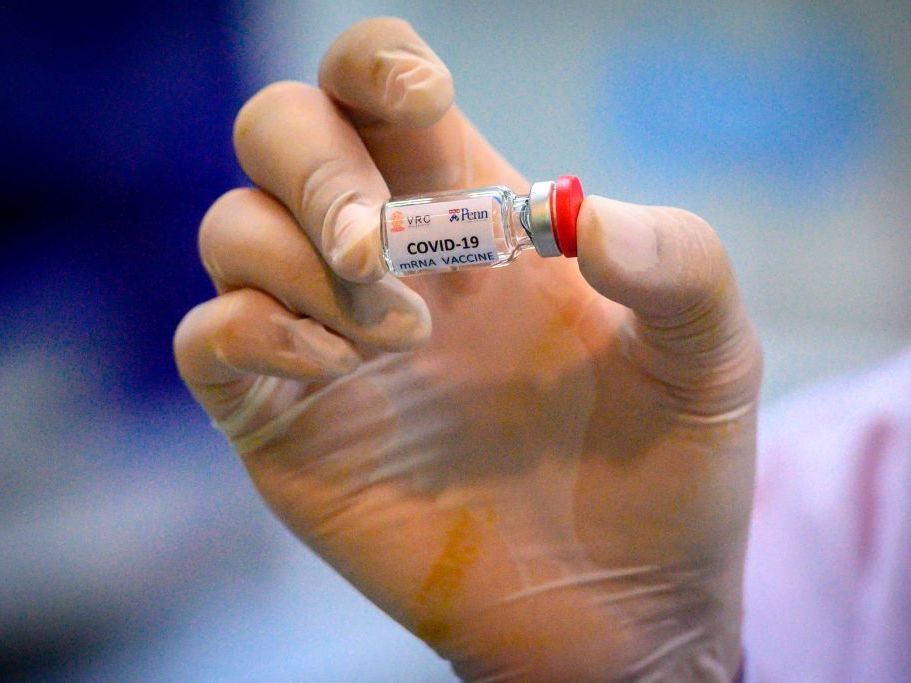 A laboratory technician holds a dose of a COVID-19 vaccine candidate ready for a trial in May 2020.
CREDIT: Mladen Antonov/AFP via Getty Images

This approach has been around for decades. Jonas Salk used it in making his polio vaccine. Researchers take the virus of interest and treat it with heat or a chemical like formaldehyde. That makes it no longer capable of causing disease, but it can still display the proteins on its surface that the immune system can recognize as an invader.

One drawback to the inactivated-virus approach is that the vaccine doesn’t always generate a strong enough immune response to effectively fight off the virus and sometimes a second dose is needed to get protection.

This is also a well-known approach. Here, the virus is modified, or attenuated, in the lab so that it is still “live” in the sense that it’s still capable of infecting cells, but it is rarely capable of spreading rapidly and causing disease. This is how the Sabin polio vaccine works.

These vaccines can generate a strong immune response, but in some cases they can also cause the disease they are trying to prevent, since the weakened virus can sometimes be harmful to someone who has a weakened immune system.

Instead of killing or modifying a virus to use in a vaccine, researchers can use just the proteins a virus makes that stimulate the immune system.

Once researchers know a virus’s complete genetic sequence, it’s relatively straightforward to isolate the genes for those proteins. But how do those genes get into someone’s cells without the actual or attenuated virus to carry it there?

One approach involves turning to other viruses, not necessarily related to the virus that causes the illness at all. There are many viruses that infect humans but cause little or no illness. Researchers can take the genes from the coronavirus that make the proteins that stimulate the immune system and then put those genes into one of these harmless viruses. Once inside cells, the harmless virus delivers the coronavirus’s genes (which are, in essence, instructions), and the cells dutifully make the coronavirus proteins that will trigger the immune reaction.

As a safety measure, researchers can modify the harmless virus so that it can no longer make copies of itself after it delivers its genetic payload to a cell.

The University of Oxford has teamed with the pharmaceutical company AstraZeneca to make a vaccine candidate that works this way. That candidate is already being tested for efficacy, i.e., to see if it actually prevents COVID-19. CanSino Biologics, along with the Academy of Military Medical Sciences’ Institute of Biotechnology, in China, also has a vaccine in human trials that works this way.

Merck used this technology successfully to make an Ebola vaccine that was approved last year and is trying it with a COVID-19 vaccine candidate as well.

DNA typically is the chemical that stores the genetic instructions that are passed from one generation to the next. To make proteins from those instructions, DNA has to be converted into RNA — and specific proteins are made by specific strands of RNA.

In the case of RNA vaccine candidates for COVID-19, the specific strand of RNA is the one that makes a protein on the surface of the coronavirus called the spike protein. The spike protein allows the virus to insert itself into cells in our bodies. The idea behind this vaccine is to inject that RNA sequence into someone, and then the person’s cells start producing the spike protein that the immune system will recognize and produce antibodies to fight against.

An advantage of RNA vaccines is that they can be made rapidly. It was only a matter of days from the time in early January when Chinese scientists published the genetic sequence of the novel coronavirus before the biotech company Moderna had a vaccine candidate ready for initial testing, and it was slightly more than two months before testing began in human volunteers. Several other companies, including pharma giants Pfizer and Sanofi, are also in the RNA vaccine arena.

Although many scientists are impressed with the potential of RNA vaccines, such vaccines were relatively new when COVID-19 appeared on the scene. They haven’t been around long enough to complete the testing that the U.S. Food and Drug Administration would require to license them for use in humans.

Creating a DNA vaccine is another new approach to vaccine-making. The vaccine introduces directly into someone’s body the genetic instructions for making the protein of interest. That person’s cells then use those instructions to make the RNA that makes the desired protein to stimulate the immune system.

However, it’s harder to get DNA into a person’s cells than it is to get RNA in. Inovio is the first to start into human studies with its version, which requires an electric pulse to be administered with the vaccine to make sure the DNA is taken up.

Another vaccine approach is to inject people with copies of the actual protein against which you want them to make antibodies. This is a well-explored approach, used to make pertussis, diphtheria and tetanus vaccines.

Several dozen companies are going down this path. First out of the gate in human trials was Novavax. It packages its proteins in a nanoparticle and injects them along with an adjuvant, which is a substance designed to enhance the response that the immune system makes to a protein.

Normally, it can take a decade or more to develop, test and license a new vaccine, but the coronavirus pandemic is likely to speed up that process considerably because developers are doing things in parallel that they would usually do in sequence. Even before a vaccine candidate has been shown to work, companies are scaling up their manufacturing capacity with the intention of making hundreds of millions of doses of something that may never be useful. About a dozen vaccines are already being tested in humans, and proof that a particular vaccine works — or doesn’t — may be available as soon as the end of this year.