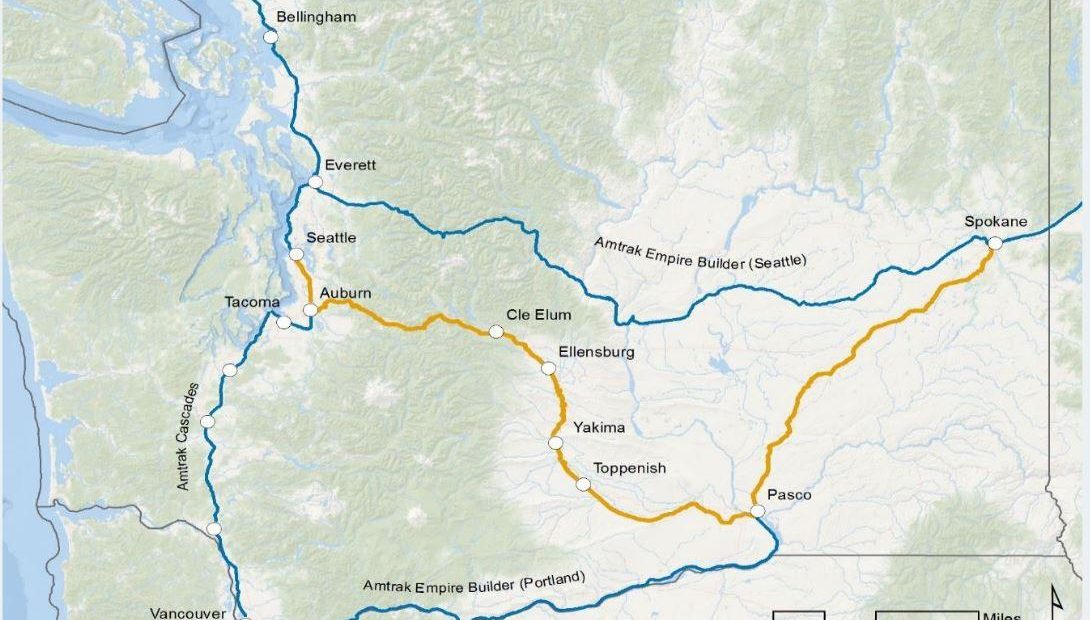 A consultant’s study of what it would take to boost east-west passenger rail service across Washington state effectively threw cold water on the envisioned trains. The report to the state legislature predicted high costs and relatively low ridership.

While questioning some of the study’s conclusions, passenger rail advocates saw enough bright spots to urge further pursuit of the idea. The study report itself called out a high degree of public support in the Yakima Valley for intercity train service.

The Washington Legislature commissioned the $250,000 study last year to see if it would be feasible to restart passenger service on the Stampede Pass line. The route crosses the Cascade Mountains from Seattle to Ellensburg, then stretches onward through the Yakima Valley to Pasco and Spokane.

“The main takeaway is that the rail travel times are significantly longer than the auto alternative,” Brock said. “Mostly that is due to infrastructure considerations, slow speeds, freight movements, gradients and curves and things.”

Brock estimated a cross-state train trip from Seattle to Spokane over Stampede Pass would take about eight hours and 35 minutes, roughly double what the journey by car takes.

Colella presented cost and ridership estimates with large spreads between the low and high values, depending partly on whether the state chose to subsidize one or two roundtrips per day and whether trains ran all the way from Seattle to Spokane or alternatively stopped short somewhere in the Yakima Valley or in Pasco. 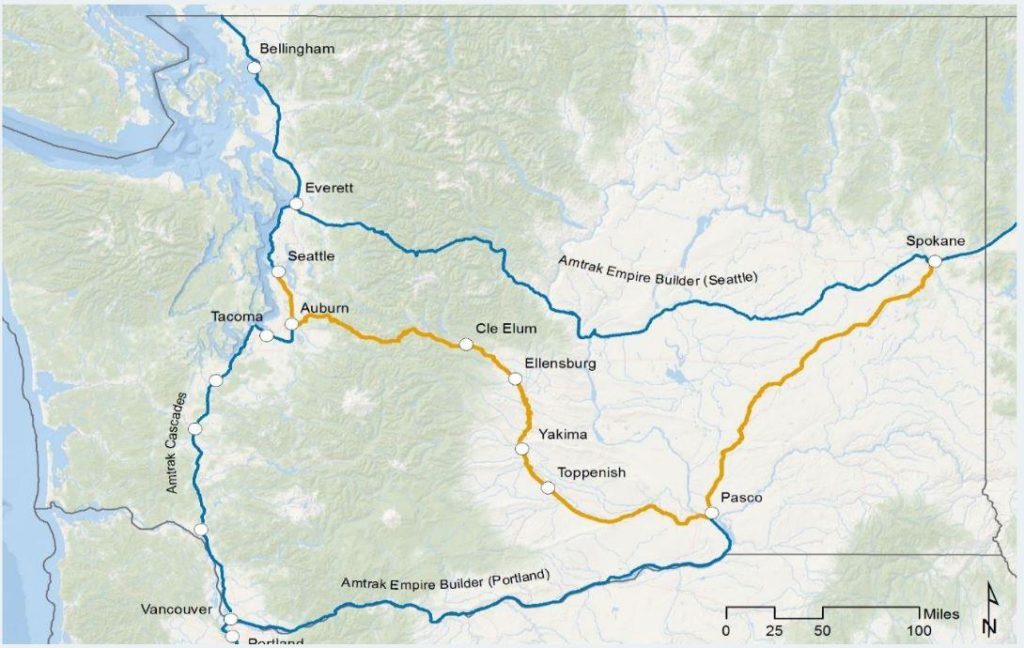 Colella said “quite a lot of work” would be needed to begin service including acquiring train sets, improving stations and expanding track capacity.

“A number of additional passing loops would be required,” he told the state lawmakers. “You would also need to improve the winter resilience. That would include things like snowsheds which are usually put in areas that are particularly vulnerable to avalanches, but also to protect tunnel entrances and exits.”

Rail advocates in Oregon also have dreams of reviving cross-state service. A webinar on Monday hosted by the Association of Oregon Rail and Transit Advocates (AORTA) promoted the possible revival of the old Amtrak Pioneer line between Portland and Boise. The scenic route through the Columbia River Gorge and Eastern Oregon was cancelled in 1997.

Last week, Amtrak leadership announced plans to reduce the frequency of long distance trains due to steep declines in ridership caused by the coronavirus pandemic. In the Pacific Northwest, the Empire Builder (Chicago to Seattle/Portland) and Coast Starlight (Seattle-Los Angeles) switch to thrice weekly from daily service beginning October 1.

“Once you start cutting, it’s almost impossible to get it back,” said Charlie Hamilton, a member of the rail advocacy group All Aboard Washington, in an interview Tuesday. “There is urgency to make sure the current national network does not get cut.”

Colella provided a mid-range estimate of $20 million for the annual operating subsidy that expanded, state-supported east-west passenger rail service would need in Washington state. Revival of the Pioneer route to serve Eastern Oregon has infrastructure and operating subsidy cost issues similar to the proposed east-west line in neighboring Washington.

“No form of transportation is without subsidy, without state support,” said Nuxoll in defense of rail spending.

As a matter of policy lately, Amtrak does not subsidize regional routes with federal money, although it looks favorably on efforts to expand rail service.

“If a route is under 750 miles, it is the state or states’ responsibility to fund operating costs, infrastructure improvements and equipment,” wrote Amtrak spokesperson Olivia Irvin in response to a question last fall about the possible revival of the Portland-Boise line.

Hamilton said he expected that intercity rail service would “definitely be something that local communities will be interested in,” and potentially be willing to support with marketing money or by fixing up their local train station.

He foresees a variety of sources of ridership demand to sustain the proposed east-west route across Washington. For example, he figured that many students attending Central Washington University in Ellensburg who hail from west of the mountains would be interested in going home for the weekend without having to drive on Interstate 90.

“We think there would be a lot of people interested in winery tourism” in the Yakima Valley as well, Hamilton said.

Supporters of both the Stampede Pass line and the Amtrak Pioneer revival through Eastern Oregon predict some rural residents would choose the train, if one were available, to go to medical appointments in the Northwest’s major cities. 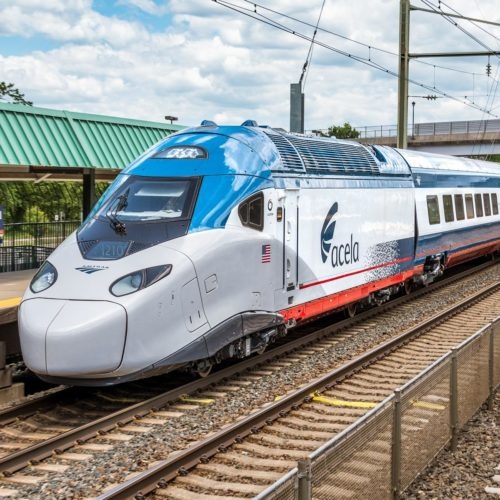 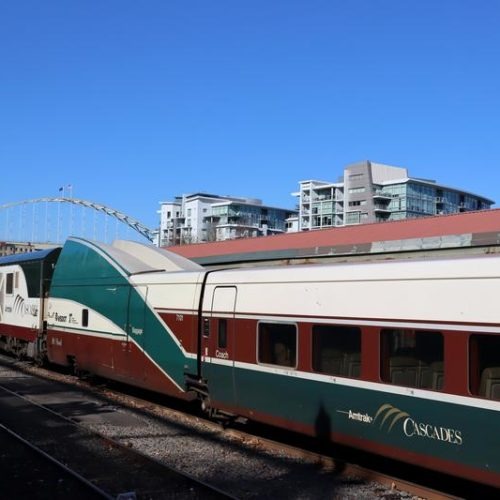 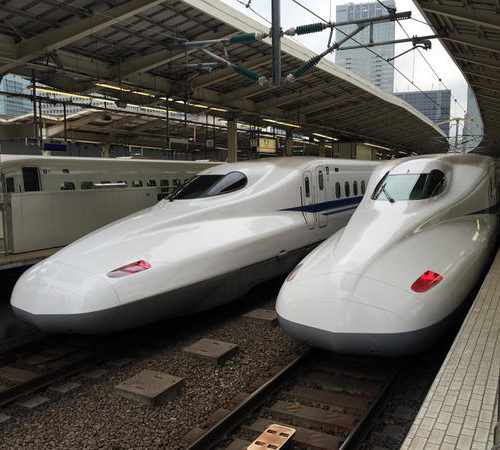 After bemoaning that the state’s highways, bridges, ferries and rail cars “are on a glide path to failure,” Washington State Department of Transportation Secretary Roger Millar laid out the case for building an ultra-high speed railway on dedicated track. Continue Reading Cascadia Bullet Train Proposal For I-5 Corridor Urged On Despite Electorate’s Anti-Tax Mood