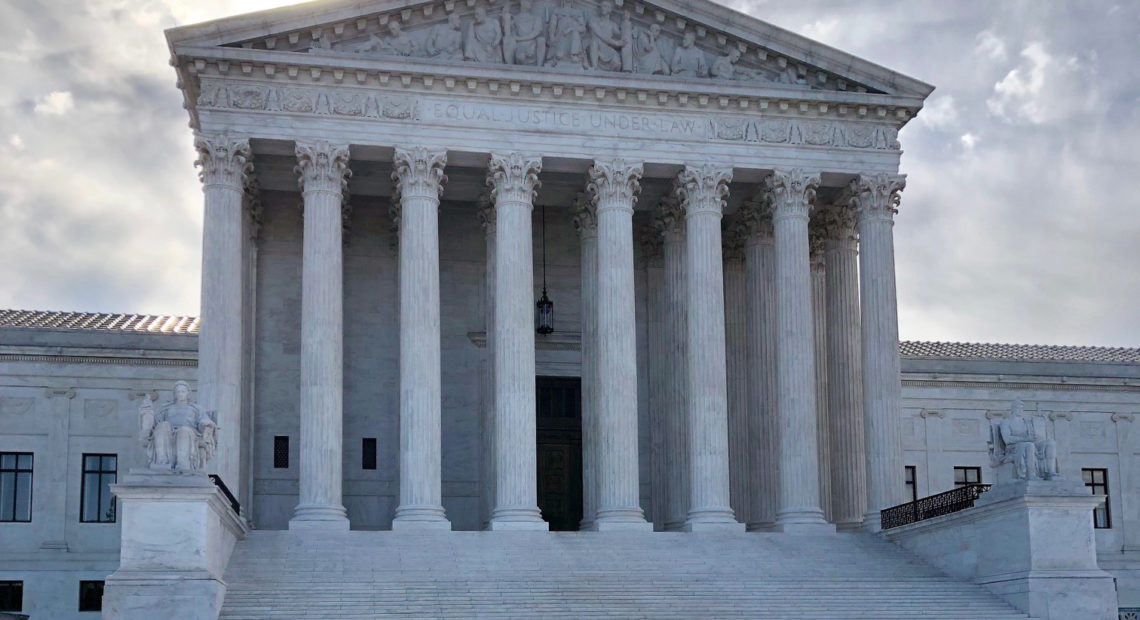 A sharply divided U.S. Supreme Court stood by its most recent abortion rights precedent Monday, delivering a major defeat to abortion opponents who had hoped for a reversal of fortunes at the court with the addition of two new Trump-appointed justices. By a 5-to-4 vote, the court struck down a Louisiana law that was virtually identical to a Texas law the court invalidated just four years ago. Chief Justice John Roberts cast the fifth and decisive vote.

Four years ago, the chief justice was among the dissenters when the court struck down a Texas law that required doctors performing clinic abortions to have admitting privileges at a nearby hospital. But on Monday, Roberts joined the court’s liberals in striking down a nearly identical law in Louisiana, even as he stood by the reasoning in his earlier dissent. 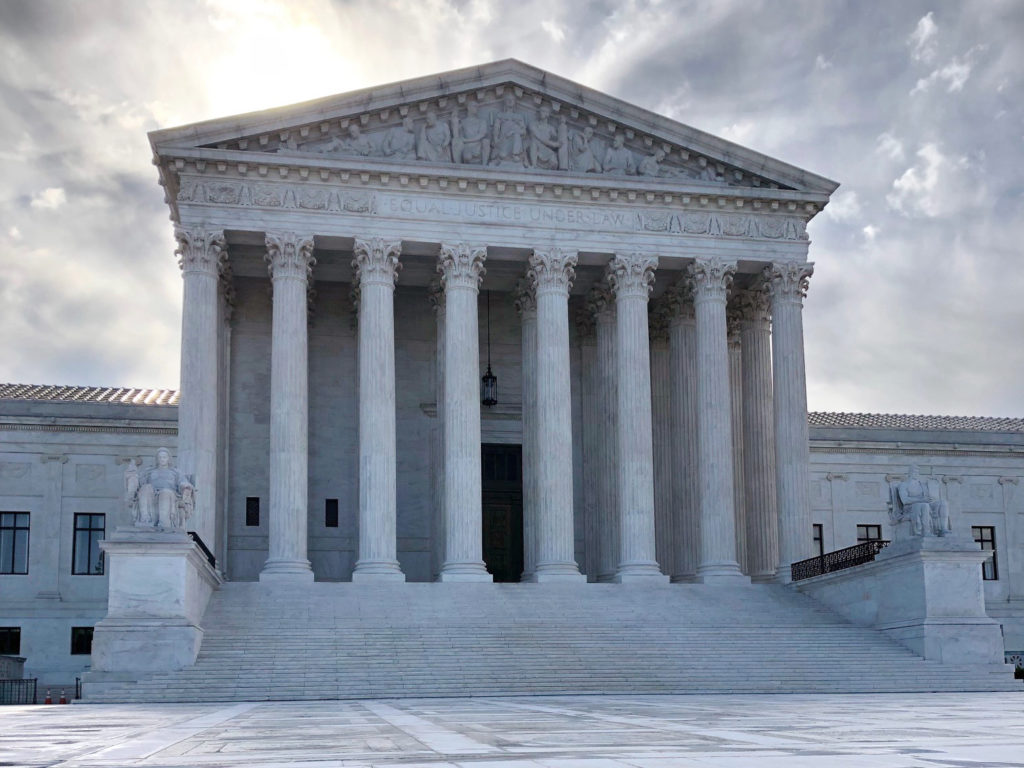 The chief justice justified the change in his vote by pointing to the doctrine of stare decisis, which says the court should usually stand by its precedents. It “instructs us to treat like cases alike,” he wrote, and “the Louisiana law burdens women seeking previability abortions to the same extent as the Texas law” did four years ago.

The value of following precedent, he added, is that it “promotes the evenhanded, predictable, and consistent development of legal principles, fosters reliance on judicial principles, and contributes to the actual and perceived integrity of the judicial process.” While precedent is not an “inexorable demand,” simple disagreement with a previous decision is not enough to justify reversing course, he wrote.

In this case, not only was the Louisiana law at issue virtually identical to the one the court struck down four years ago, but the district court judge found after an extensive trial that if the law were to go into effect, at minimum two of the three abortion clinics in the state would be forced to close, women would have to wait longer and drive farther for abortions, and only one doctor would likely be left to fill the demand for 10,000 women seeking abortions in the state each year.

In many areas, doctors who perform abortions at clinics are not welcome at hospitals. Not only are they politically unpopular, but if hospitals were to grant them admitting privileges, they likely would have to beef up security.

Moreover, even the Fifth Circuit that heard the case before the Supreme Court, and found the state law constitutional despite the court’s 2016 decision, conceded that it could not identify a single woman who would have been better off because of the admitting-privileges law.

Abortion providers and defenders were, to say the least, relieved. Kathleen Pittman, the administrator of the Hope Medical Group for Women that runs a clinic in Shreveport, La., told reporters, “To say we’re elated hardly begins to come close to what we are feeling.” Though she added, “I am celebrating today, but I’m worried about our future.”

Nancy Northup, president and CEO of the Center for Reproductive rights, echoed that sentiment. “We are taking the Supreme Court one victory at a time,” she said, but added: “We are under no illusions that the fight is over with this case” because opponents of abortion rights will continue to try to impose new requirements and regulations aimed at restricting access to abortion. “It’s whack-a-mole over and over again,” she said.

Leah Litman, a professor at the University of Michigan Law school cautioned that Roberts’ opinion sets out a standard different form the one previously adopted by the court.

“The chief justice’s reasoning was actually quite permissive in what it would allow states do to restrict abortions,” she said.

That said, the decision does appear to send the signal that the chief justice is not prepared to uphold state laws that, for instance, ban abortions at six, eight, or 12 weeks, or any other time prior to fetal viability. Even James Bopp, general counsel for the National Right to Life Committee, sees those bans as dead in the water. “I’ve been saying for 10 years that those approaches are doomed to failure,” Bopp said.

Though Bopp said he was disappointed in the Roberts opinion, he did see some hope.

“He gave us half a loaf,” said Bopp, because he said he believed the Roberts opinion will enable states to mandate ultrasounds for those seeking an abortion, as well as allow states to ban abortions for certain reasons, such as because of the sex of the fetus, or disability.

Bopp also said he saw a message in the decision for anti-abortion voters: “It tells the pro-life movement that President Trump fulfills his promises with his appointment of [Justices Neil] Gorsuch and [Brett] Kavanaugh and … that .. we need Trump re-elected in order to make future appointments.”

Political groups on the right and left made that very same point. Were one of the liberal justices to retire—and two of them are over 80—another Trump appointment to the high court could make Roberts’ vote irrelevant.

Given that mathematical reality, Monday’s decision is likely to play a significant role in the upcoming election. Polling data has consistently shown a hefty majority of the public approves the right to abortion. But while Americans held similar views in 2016, exit polling also showed that Trump had more success at making the Supreme Court into an election issue, turning out more voters who voted for him because he promised to name conservative—and anti-abortion—justices to the court.

While it was Roberts’ decisive vote that struck down the Louisiana law, the chief justice explicitly declined to sign onto the reasoning offered in a plurality opinion written by Justice Stephen Breyer, who was joined by his three liberal colleagues in voting to invalidate the Louisiana law. They evaluated the law, as they had in the Texas case in 2016, to see if the burdens on women seeking abortions outweighed the state’s justifications for the law.

Breyer said the Louisiana law “would place substantial obstacles in the path of women seeking an abortion” in the state, that it offers “no significant health-related benefits” and that the law “consequently imposes an “undue burden” on a woman’s constitutional right to choose to have an abortion,” and therefore violates the Constitution.

In a dissenting opinion, Justice Clarence Thomas wrote that, “Our abortion precedents are grievously wrong and should be overruled,” and that the high court has “neither jurisdiction nor constitutional authority to declare Louisiana’s duly enacted law unconstitutional.”

Also in dissent was Justice Samuel Alito who wrote that the court’s decisions in both the Louisiana and Texas cases “is used like a bulldozer to flatten legal rules that stand in the way.”

“Instead of valuing fundamental democratic principles, unelected Justices have intruded on the sovereign prerogatives of State governments by imposing their own policy preference in favor of abortion to override legitimate abortion safety regulations,” she said.

Meanwhile, Vice President Joe Biden, the presumptive Democratic nominee for president, applauded the Supreme Court for “[reaffirming] that states cannot put in place laws that unduly burden a woman’s right to make her own health care decisions with her doctor.”

Separately, in two other opinions delivered Monday, the court upheld restrictions on overseas funding for AIDS initiatives. It also ruled that the president can fire at will the head of the Consumer Financial Protection Bureau but left intact the rest of the statute that created the agency.

Emmett Witkovsky-Eldred contributed to this report