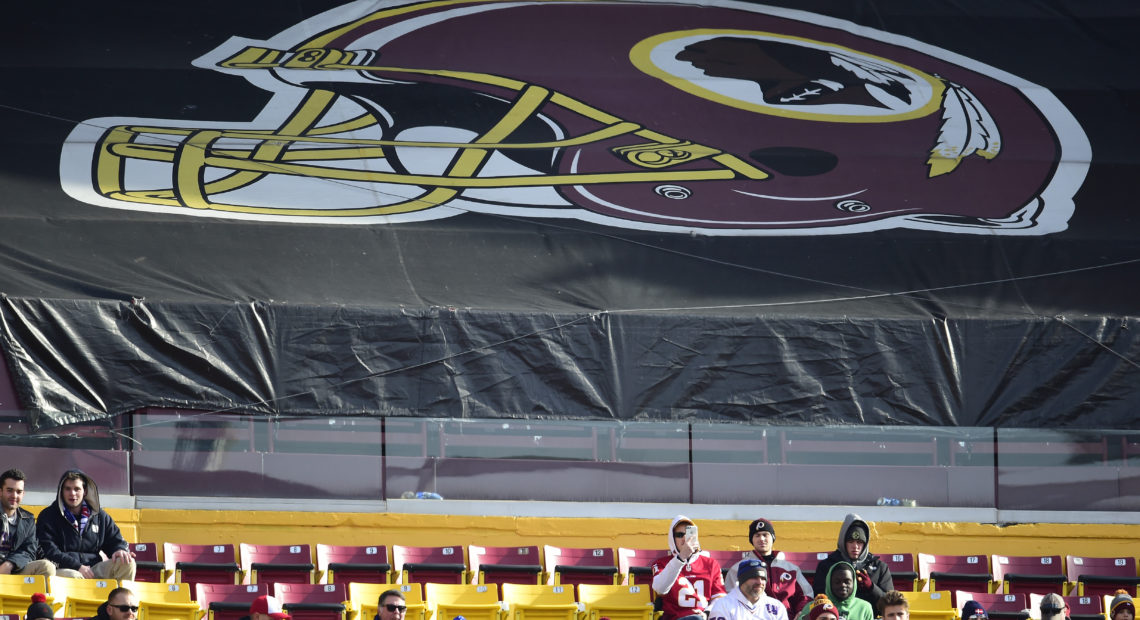 The Racial Justice Reckoning Over Sports Team Names Is Spreading

Lots of people, especially many Native Americans, loathe the name of the Washington, D.C., NFL team, the Redskins.

“The origin of that name is rooted in murder and violence and genocide and hate,” says Crystal Echo Hawk, the founder and CEO of the advocacy group IllumiNative. “It’s a dictionary-defined racial slur, full-stop.”

Echo Hawk says a 30-year stalemate over the team name suddenly broke when the team’s corporate sponsors demanded a new name, and the team agreed to consider it. 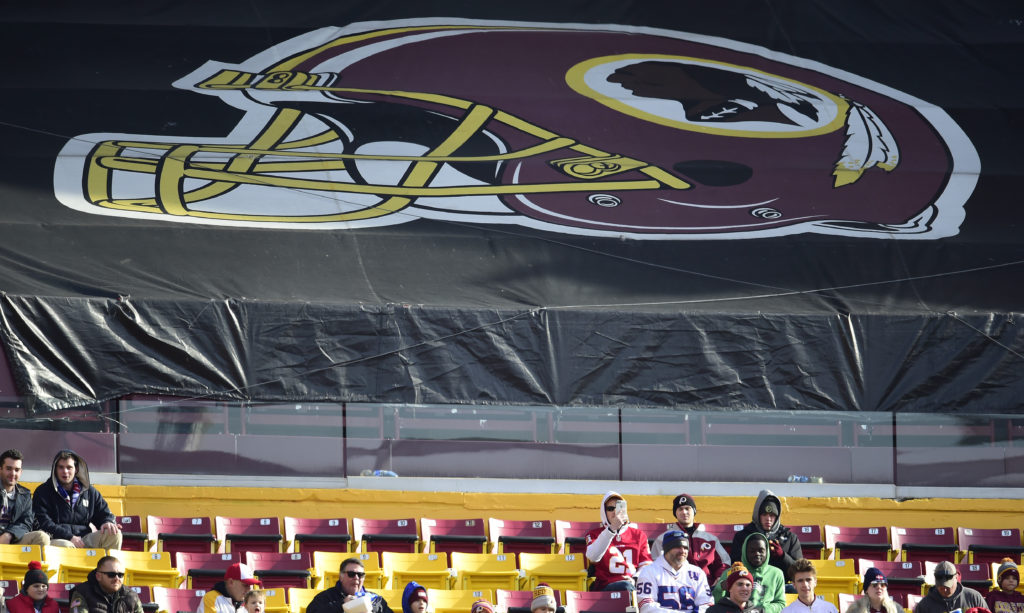 Fans sit in the stands before the start of a game between the New York Giants and Washington Redskins at FedEx Field in 2019 in Landover, Md. The Redskins, and other teams, are reviewing their names. CREDIT: Patrick McDermott/Getty Images

“What changed was the murder of George Floyd,” says Echo Hawk. “And it changed everything in this country.”

That includes customer preferences. Retailers from Amazon to Walmart have stopped selling the Washington team’s merchandise.

“I think we’ve reached a point where the Redskins name is now more of a burden than a benefit to the team,” says Mike Lewis, a marketing professor at Emory University.

Lewis says this reckoning — he calls it a “purity spiral” — is just getting started.

“I’ve been looking at this stuff for years and the Redskins has always been sort of the focal point for the controversy,” he says. “The Indians second, the Chiefs probably third. The Braves and the Blackhawks don’t take a lot of heat for whatever reason. But at this point, I think all sorts of team names are now in play.”

The Cleveland Indians have launched a formal name review.

That leaves primarily the Kansas City Chiefs, the Atlanta Braves and the Chicago Blackhawks hockey team. The three teams all claim to venerate Native Americans.

Crystal Echo Hawk says the names Braves, Blackhawks and Chiefs are not racial slurs, but they do carry baggage.

“It’s the imagery that gets associated with those names. It’s the racist fan behavior. When a fan paints their face red, right? That is blackface. Blackface is wrong. We, I think most people in this country, get that now,” says Echo Hawk.

Then there’s the “tomahawk chop” where fans cleave the air while belting out a cartoonish “war chant.” It’s a staple at Chiefs and Braves games, and many find it offensive.

While a number of universities and high schools have dropped Native American names in recent years, pro teams haven’t.

For one thing, those team names — brands — are very lucrative.

Joe Favorito is a veteran sports marketing consultant who lectures at Columbia University. He says changing team names is a risky, complex business, but some teams now have little choice but to dive in.

“I think going forward, if you were a brand that wants to engage in a conversation with anybody below 35, cause marketing and social responsibility is first, second or third, when you’re looking at return on investment. Now, that was not the same four months ago,” he says.

While the tide may be turning, retiring legacy sports names can still be rough for fans like Greg O’Neal.

O’Neal is 62. He lights up talking about the Chiefs. He’s followed them passionately his entire life. His closets and drawers are full of Chiefs apparel.

Bring up the idea of changing his team’s name and O’Neal slumps in his chair, looking crestfallen. It’s a hard conversation for him. But O’Neal is also squarely against racist fan traditions. After thinking it over for a few minutes, he falls on the side of changing the name.

The Kansas City Star editorial board is trying to spark a conversation over renaming the Chiefs, though that’s been largely drowned out by the team’s star quarterback Patrick Mahomes signing a half-billion-dollar contract to remain on the roster for 10 years.

In Chicago, Dan Bernstein, the midday host at the sports radio station 670 The Score, says that for many fans the Blackhawks name is less of an issue than its logo.

“It’s a cartoon face of an Indian. That’s what it is. And there are many people who believe [it’s] not OK. People aren’t mascots,” says Bernstein.

In Atlanta, the Braves say they’re reviewing the “tomahawk chop” at games, but keeping the name, at least for now.

Author Joe Posnanski, a life-long Cleveland Indians fan who writes for The Athletic, says that until recently, changing the name of his team was for him almost unthinkable.

And it does feel like an inflection point, with big-money corporate backers joining activists to demand change.