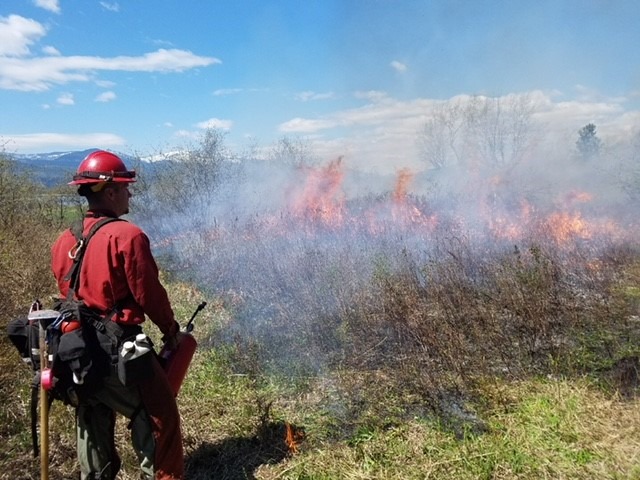 As wildfire season heats up, Washington fire managers are working out new ways for incarcerated people to help on the fire lines and stay safe during the coronavirus pandemic. Correctional crews have helped put out fires and work in fire camp kitchens for decades. And things are a little different this year.

For one thing, fewer incarcerated people are allowed on crew buses – to keep with social distancing.

“It’s a bit of a logistical issue, just like with civilian firefighters, we’re taking more trucks, which is increasing logistical issues when it comes to parking at the site of a fire, when it comes to budget for how many vehicles are being used this year,” said Karen Zirkle, assistant division manager for wildfire at the Department of Natural Resources.

Last year, the state received funding for eight additional correctional crews. That would mean it had the capacity for 35 crews and 350 people.

But this year, DNR has around 29 correctional crews, down by six. The Department of Corrections has sent fewer incarcerated people to correctional camps this year to reduce the number of people in the camps and adhere to social distancing guidelines, according to DOC spokesperson Janelle Guthrie.

“We have allowed some limited movement to camps to help fulfill our commitment to DNR and keep crews staffed,” Guthrie wrote in an email.

But Zirkle says fewer people in camps has made it harder to keep DNR crews staffed.

While it’d be nice to be at full crew strength, Zirkle said, it’s still basically back to the same number of crews DNR is used to employing before receiving the extra funding last year. 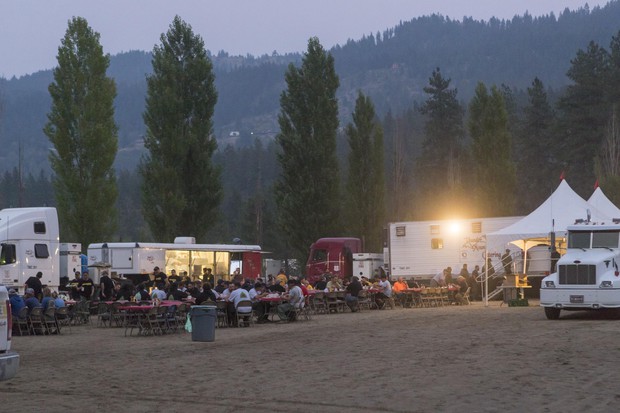 “Would it be best to have all 35 crews up and running? Absolutely. But I couldn’t say that that would be a change between this year and last year,” Zirkle said.

In other words, she said: It’s not a big concern.

“Even if (fire response) did kick up, we still need to fire-train (incarcerated people). If we’re rocking and rolling, we don’t have the ability to fire train right now. So, we’ve kind of got what we’ve got at this point,” Zirkle said. “It just depends on how hard it hits in the whole region: Oregon, Washington and a little bit of Idaho. See how bad the resources get tapped out in the August-September timeframe.”

Zirkle said the state usually trains more incarcerated people to fight fires than it needs, in case other reasons pop up where they might not be able to make it to the fire line or camp kitchen. That’s come in handy during the pandemic.

One concern the potential need to quarantine the entire mobile kitchen. That would shut down the entire fire camp, Zirkle said.

To prevent that, kitchen crew members all have their own tents. That limits the amount of people they come into contact with when they aren’t wearing protective equipment such as face coverings, Zirkle said.

“That could be if they were chatting at dinner. It would be a reduced amount of people (who were exposed),” she said.

“While DOC food crews will not be our first line of support, if we need to support multiple spike camps (smaller firefighter camps scattered throughout,” Oregon Department of Forestry Fire Prevention Coordinator Tom Fields said.

Fields said ODF is using Department of Corrections crews on the fire lines.

“They will be treated as family units with the same preventative measures we ask contract crews to adhere to,” he said.

In Washington, kitchen crews have to wear surgical masks, along with other sanitation measures, like gloves and hair nets. They’re packaging individual meals with clamshell to-go containers. Firefighters can’t sit in dining areas as usual.

On fire lines, crews don’t have to wear face coverings because they keep enough space between each other – and the face coverings can be flammable. Fire crews still stay in group tents, but fewer people are housed in each one. Barriers are placed in between each cot, and people are encouraged to sleep head-to-toe, to maximize distancing.

Upon return to facilities, Guthrie said the Washington DOC is requiring active screening, just as they would for any work crew that’s out in the community. 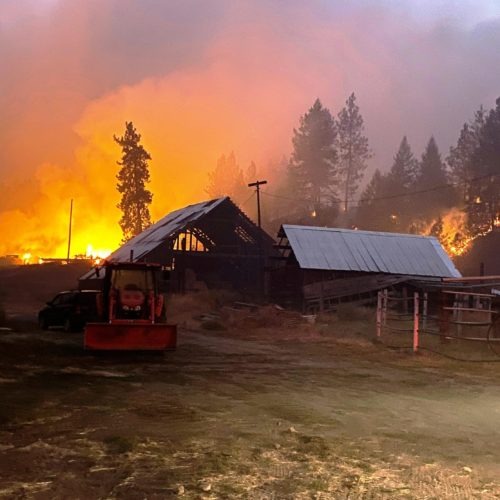 U.S. officials said Thursday they will try to stamp out wildfires as quickly as possible this year as severe drought tightens its grip across the West and sets the stage for another destructive summer of blazes. Continue Reading Fire Managers Aim To Douse Western Wildfires Fast, In A Year Expected To Be Bad