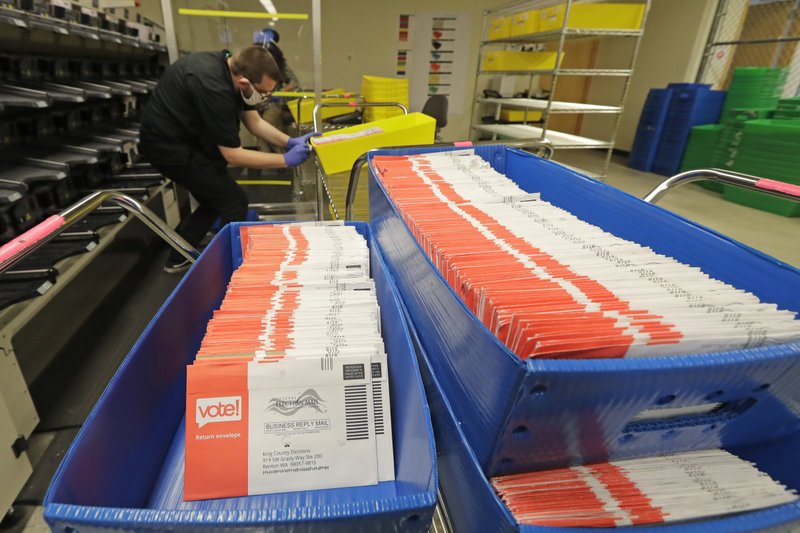 Washington state saw its highest primary turnout in more than five decades, with 55% of the state’s 4.6 million voters returning ballots for last week’s election, setting the stage for a potential record-breaking turnout in November.

Cornell Clayton, director of the Thomas S. Foley Institute for Public Policy at Washington State University, said the high turnout indicates a heightened level of fear among voters in both parties.

“I think the level of concern — because of polarization and because of the Covid economic crisis the country is in — is going to drive record levels of engagement across the nation,” he said.

The final turnout number won’t be known until next week, after county canvassing boards have reviewed any ballots that have been challenged over issues like signatures or postmarks. As of Wednesday, current turnout based on the number of ballots processed to date was more than 53%, with about 40,000 ballots left to process.

Voter turnout in the state primary is usually low, and turnout in 2016 was just under 35%. But Republican Secretary of State Kim Wyman had still advised counties to plan for turnout that could potentially exceed 60%.

Wyman said that between the nearly 50% turnout for the presidential primary in March and the fact that so many people are home due to COVID-19, she knew this would not be a normal primary turnout. And she’s expecting the same for November, saying that counties should be prepared for a potential turnout of up to 90%.

“This election cycle is going to have a very engaged electorate and certainly this primary is holding true to that,” she said.

The last time the state’s primary turnout topped 50% was in 1964, when when 56% of the state’s 1.5 million voters cast a ballot. A lot has changed in the state since then, aside from the size of the state’s population and number of registered voters: the voting age was lowered from 21 to 18 in 1971; starting in 1991, any registered voter could apply to vote by absentee ballot; and in 2005 counties were given the option of conducting elections entirely by mail, with more than two-thirds doing so. By 2011, all 39 counties in Washington were conducting all-mail elections.

In 2008, when Democratic President Barack Obama was seeking his first term, the state saw a record turnout of 84.6% in that general election, while primary turnout earlier that year was just 42.6%.

“Who are the people who are going to vote in the general who didn’t vote in the primary, that’s the question,” Elway said, noting that how voters feel about Republican President Donald Trump will ultimately drive the enthusiasm of both Republican and Democratic voters heading into November.

“All politics is national now,” he said.