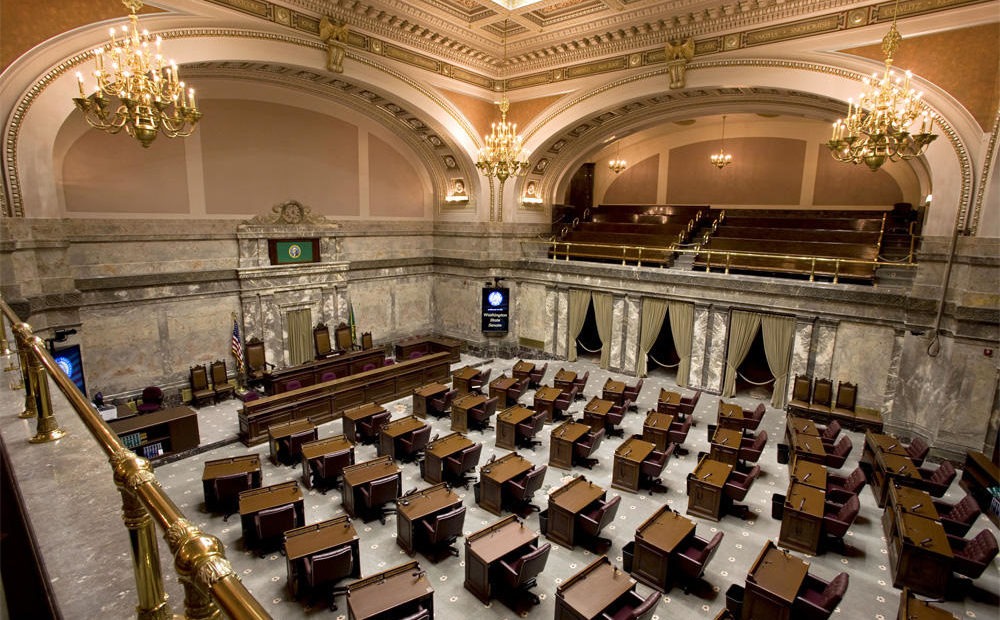 WATCH: Will WA Lawmakers Have A Special Session This Year?

Leaders say the earliest they would hold a emergency session at this point would most likely be after the November election, if they convene at all. It’s quite possible legislators won’t meet again until January, when their regular 105-day session is scheduled to begin.

What happened? Mainly, Democrats, who control both chambers of the Legislature, have been hoping they’ll receive some good news sometime soon — the kind that could make the state’s budget crisis a little less dire, and perhaps spare some state programs from cuts.

For months, Democratic state legislators have been hoping Congress passes a second coronavirus relief bill, one that would provide assistance to state and local governments struggling during the coronavirus pandemic. If such a package came through, it could substantially reduce the scale of the cuts legislators have to make to balance the budget.

The state is looking at a loss of $8.8 billion in tax revenue over three years due to the economic collapse caused by the pandemic. Initially, some legislators from both parties had favored holding a quick special session to start making painful budget cuts before July 1, when about $800 million in new spending began. 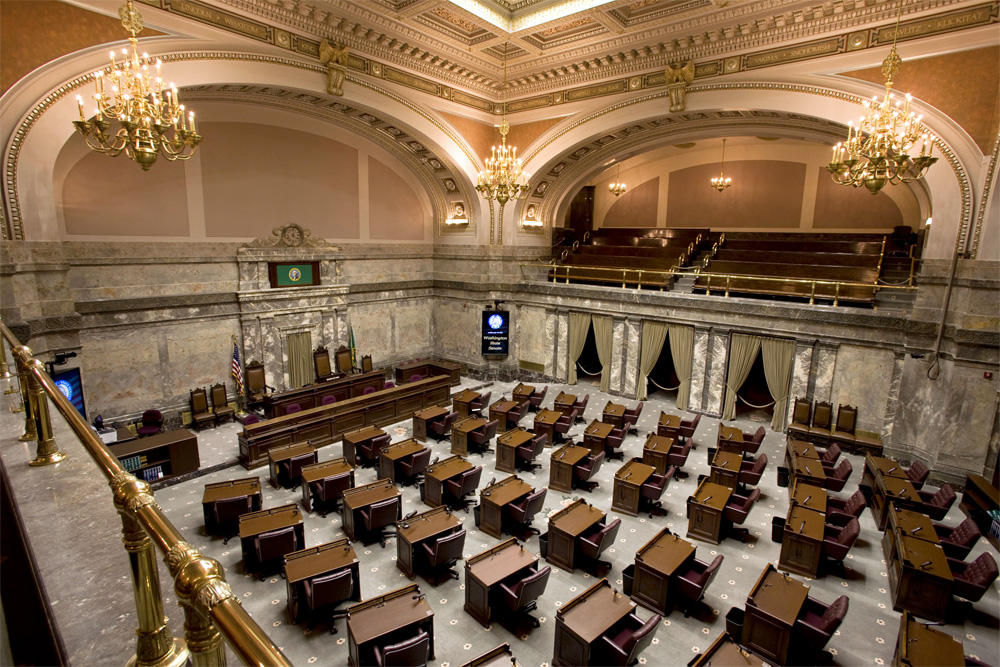 File photo of the Washington Senate. Minority Republicans in the state legislature proposed a special session for June 2020 due to the COVID-19 crisis. It didn’t happen. CREDIT: Washington Legislature

Then Democratic leaders decided to wait to see what happens in Congress. But earlier this month, Congress adjourned for its August recess without passing a second relief package.

Now, it looks like state officials might not know if they’re getting federal help until as late as January, said state Sen. Christine Rolfes, D-Bainbridge Island, the Senate’s chief budget writer. One of the biggest sticking points in the congressional negotiations has been whether the relief package should include money for state and local governments — the very question that has Washington state officials sitting on the edge of their seats.

The impasse in Congress effectively stamped out the possibility that Washington’s Legislature would meet this summer to work on budget solutions, said Andy Billig, D-Spokane, the state Senate’s majority leader. Billig had previously suggested that a special session in August might make sense, but he now thinks November is more likely, if the Legislature is to hold a special session this year.

“At the current time, we don’t know what will be in the federal package,” Billig said late last month. “So it makes sense to wait to see the extent of federal aid Washington state will receive.”

Republicans, who are in the minority, have derided the wait-and-see approach as a bad one, saying the Legislature is abdicating its responsibility to oversee state spending. They have been calling for a special session since May, saying cutting programs earlier would result in more savings and prevent the need for deeper budget cuts later.

There’s also another factor at play: elections. One Democratic senator was blunt last month in saying many of his colleagues don’t want to vote on new tax measures before the Nov. 3 general election.

“People are coming to the conclusion that they want revenue to be a part of the budget solution, but that’s not very likely to happen before the election,” said state Sen. Jamie Pedersen, a Seattle Democrat who chairs the Senate Democrats’ campaign committee.

About half of the state’s 49 senators are up for reelection this fall, while all 98 House members will appear on the November ballot.

It’s also possible that proposals to increase taxes on wealthy individuals and corporations could be easier to pass in January, if voters elect new Democratic legislators who favor those policies, Pedersen said. Democrats are hoping to pick up a few Senate seats currently held by Republicans, including in swing districts such as Pierce County’s 28th Legislative District.

Even if Democrats did want to solve their budget problem by making cuts, as Republicans have suggested, it’s not clear they have the votes in the House and Senate to do that, either, said David Schumacher, the budget director for Democratic Gov. Jay Inslee.

Hoping for an economic rebound

There are some early signs that things might be improving economically in Washington state, said House Majority Leader Pat Sullivan, D-Covington. State revenue collections were about $600 million higher than expected in June and July, taking a small dent out of the $8.8 billion three-year shortfall projected in mid-June.

If that trend holds, legislators may have fewer cuts to make after all, Sullivan said. They won’t know for sure, however, until they get an updated state revenue forecast in September.

“It’s really hard to say how that will translate, but it is good news,” he said.

The governor already did some stuff

It hasn’t been total inaction at the state Capitol. In May, Inslee implemented a state employee hiring freeze, limited official state travel and halted new state contracts and equipment purchases. In June, he canceled a scheduled 3% wage increase for some state employees and began furloughs for others; those steps were expected to save at least $55 million over the next year.

All told, the cost-cutting measures the governor instituted  will likely save the state somewhere between $150 million and $200 million over the course of the current fiscal year, said Schumacher, Inslee’s budget director.

Those savings, combined with the use of reserve money and a potential uptick in state revenues, could go a long way toward easing the state’s financial crisis in the near term, Schumacher said.

Even if the state taps all of its reserves this year, however, a sizable budget shortfall is still projected for the coming 2021-2023 budget cycle. Sullivan, the House majority leader, said that problem looms in January no matter what, even if lawmakers were to convene this year to work on some aspects of the budget.

Republicans have criticized Democratic lawmakers for leaving so many budgetary decisions to Inslee.

“This is not how laws were meant to be made,” wrote Republican state Sen. John Braun, R-Centralia, in a July letter. “It’s simply not.”

Sullivan said even without a special session, lawmakers and staff are doing substantial work behind the scenes to comb through the budget and brainstorm more permanent fixes.

Crosscut is working to get you the information you need to cast your ballot this November. If you have questions about Washington state candidates and issues, submit them here. If you’re wondering about the process of voting, you can direct those questions here.