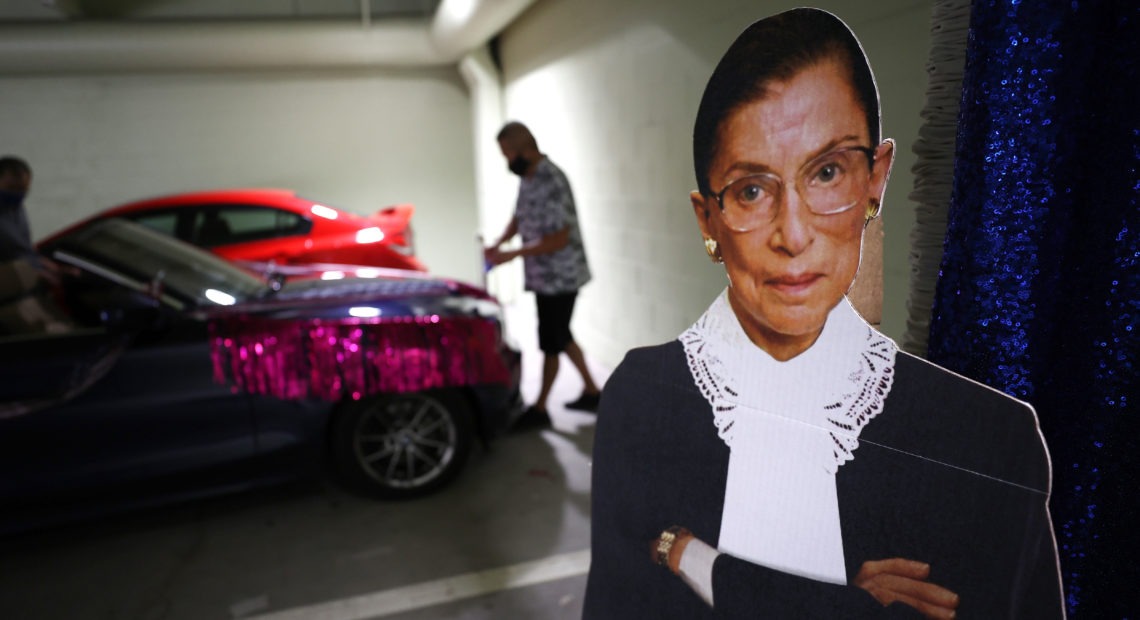 From ‘SNL’ To Workout Videos, How RBG Became A Pop Culture Icon

When big, important people die, it’s easy to overuse the term “iconic,” but the title fits Justice Ruth Bader Ginsburg. Outside the halls of the Supreme Court, she had another life in pop culture as a symbol of both dissent and feminism. And maybe nothing has cemented her place there more than Saturday Night Live. 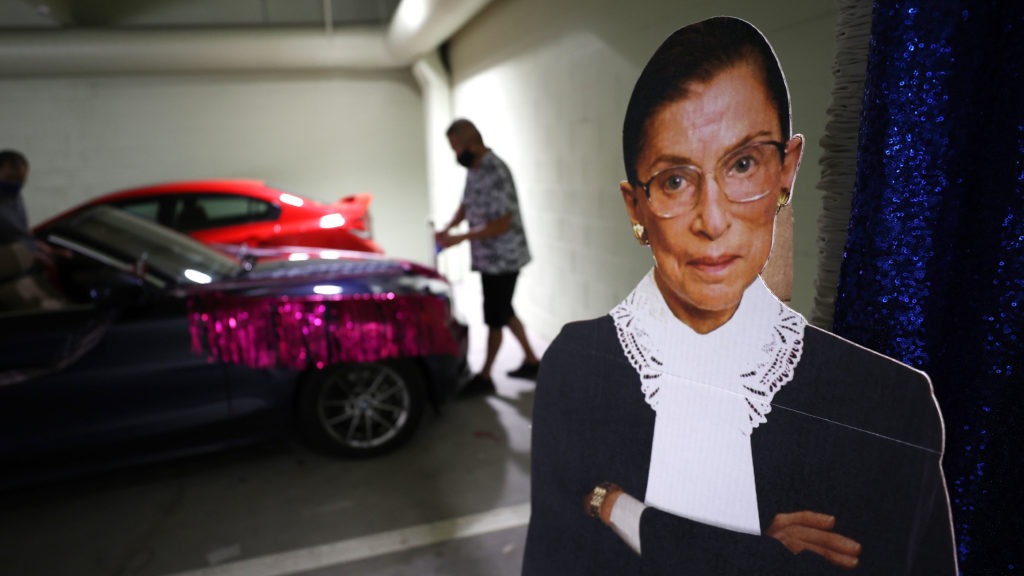 Played by SNL cast member Kate McKinnon, this version of Ginsburg — let’s call her RBG — was spry and punchy. As questions about the real Ginsburg’s age and health popped up in the news, RBG on SNL danced and yelled and rolled her eyes, tossing out insults that would be known as “Ginsburns.” Particularly as President Trump’s administration came into power, the driving message behind RBG was — she wasn’t going anywhere.

In a statement, McKinnon said it was a “profound joy” to play her.

For so many of us, Justice Ginsburg was a real-life superhero: a beacon of hope, a warrior for justice, a robed crusader who saved the day time and again. Playing her on SNL was a profound joy because I could always feel the overwhelming love and gratitude that the audience had for her. It was one of the great honors of my life to meet Justice Ginsburg, to shake her hand, and to thank her for her lifetime of service to this country.

Of course, the RBG phenomenon went beyond Saturday Night Live. In 2018 she got both her own biopic and Oscar-nominated documentary. People were enraptured — finding out about her clothes, her accessories, her diet and exercise regimen (her trainer, Bryant Johnson, published a book about her workout, inspiring headlines like “I Got My Ass Kicked By Ruth Bader Ginsburg’s Personal Trainer“).

She was even given a nickname, The Notorious RBG — cribbed from the late rapper The Notorious B.I.G. Whenever she was asked how she felt about the comparison, such as in the above clip from The Late Show with Stephen Colbert, she’d reply that she had one thing in common with the rapper: “We were both born and raised in Brooklyn, New York.”

Shana Knizhnik doesn’t think the similarity ended there; “I think they both speak truth to power and can pack a verbal punch,” she told NPR in 2015.

Knizhnik started the Tumblr page that propelled much of the RBG fandom when she was a law student at NYU. Knizhnik and journalist Irin Carmon turned the page into a book, Notorious RBG: The Life and Times of Ruth Bader Ginsburg. Carmon told NPR upon the book’s publication that the Internet allowed women to choose their own heroes, and it’s no surprise that many were drawn to a figure who was constantly underestimated.

“I think a lot of young women know what it’s like to be underestimated in that way, and they’re inspired by the fact that she has so much integrity in who she is,” said Carmon.

The memeification of RBG of course means that you can find her face on T-Shirts and tote bags and onesies and mugs. There are murals of her in Washington, D.C. In a way, RBG actually has more in common with Biggie than the real Justice Ginsburg might have realized — both became icons who will continue to have a life after death.