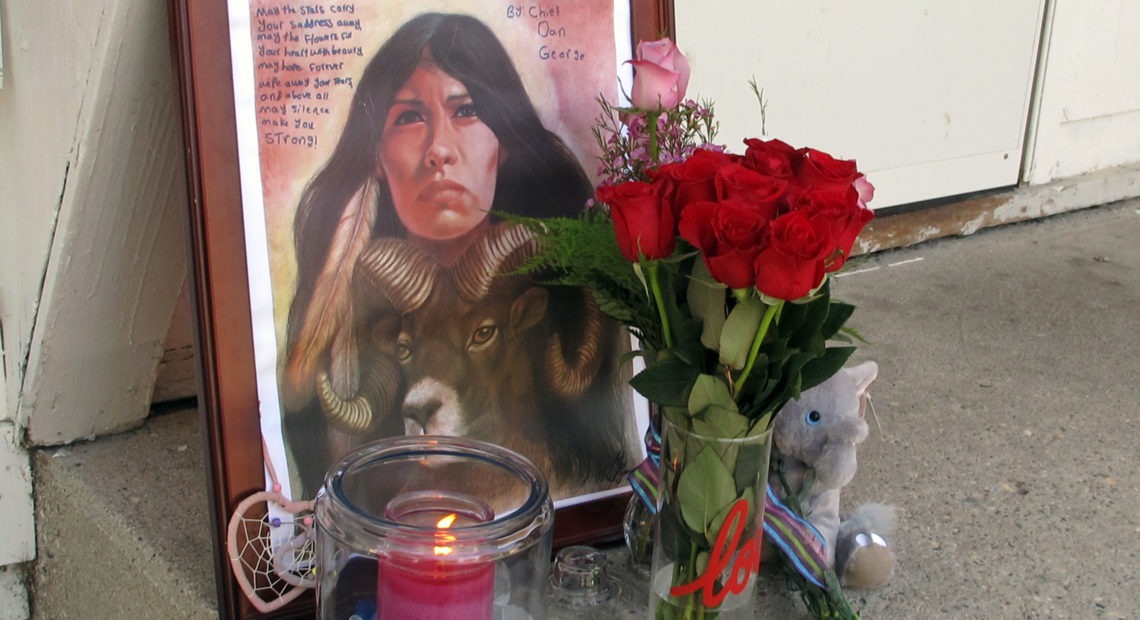 Last week, the House passed Savanna’s Act, a bill that requires the Department of Justice to strengthen training, coordination, data collection and other guidelines related to cases of murdered or missing Native Americans. It aims to address the alarming number of cases involving Native women.

Former North Dakota Sen. Heidi Heitkamp first introduced the bill in 2017. It passed the Senate earlier this year and President Trump is expected to sign it into law.

The bill is named for Savanna LaFontaine-Greywind, a member of the Spirit Lake Nation. In 2017, a group of kayakers found her body floating in the Red River near the North Dakota-Minnesota border. She was 22 years old and eight months pregnant when she was murdered by a neighbor. 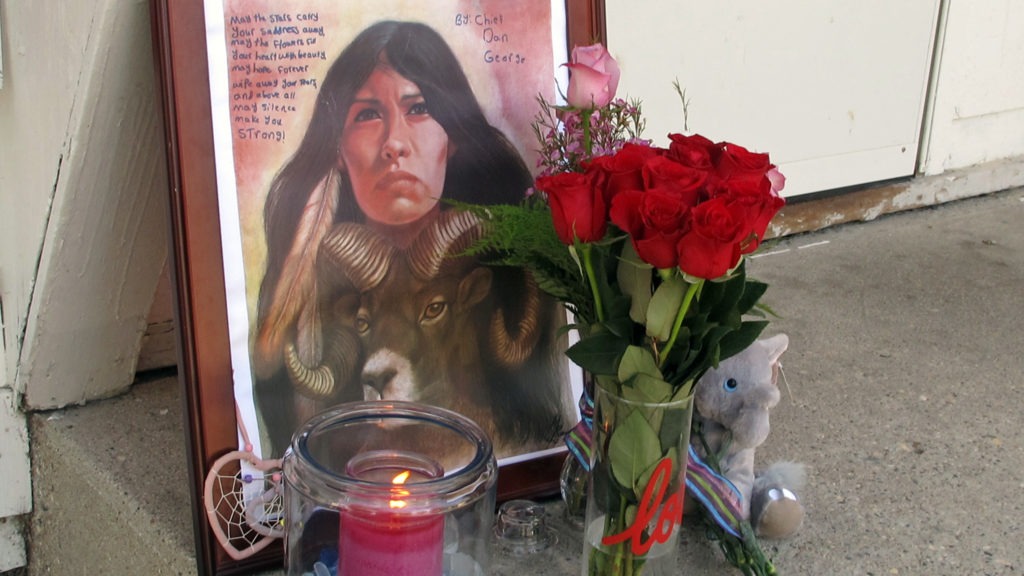 A memorial to Savanna LaFontaine-Greywind outside the apartment where Greywind lived with her parents in Fargo, N.D., pictured in 2017. Savanna’s Act requires the Department of Justice to strengthen training, coordination and data collection in cases of murdered or missing Native Americans. CREDIT: Dave Kolpack/AP

Most Indigenous women in the U.S. expect that they will be victims of violence, says Sarah Deer, who is a professor of women, gender and sexuality studies at the University of Kansas, and a citizen of the Muscogee (Creek) Nation of Oklahoma.

“Almost 80% of Native women will experience some form of physical abuse and over half will experience some form of sexual assault,” Deer tells Tonya Mosley on All Things Considered. “So when we talk about the homicide rates, they seem to be the end result of these efforts to extinguish the lives of Native women on reservations. And it just hasn’t gotten the kind of attention it deserves.”

Native American and Black women experience some of the highest rates of homicide among all women ages 18 and over, according to the Centers for Disease Control and Prevention. Research from 2008 funded by the Department of Justice found that Native American women in some communities are killed at more than 10 times the national average.

Women who are victims of homicide are often killed by an intimate partner.

In excerpts from the interview, Deer discusses why it’s taken so long for there to be a response to the epidemic of violence against Native women, what this legislation will do and what it means for the Native American community.

Why has a lot of this crime gone unreported or un-investigated?

Native people in general just tend to be still really invisible in the larger society. And our criminal justice system, particularly that applies on reservations, makes it very, very difficult to investigate a crime. You have a number of different agencies that may have all different directives or different protocols. You have the FBI involved. You have the U.S. attorneys. You have tribal police. You have Bureau of Indian Affairs police. And the problem has been that the efforts to locate these women just have not been coordinated.

To what extent does Savanna’s Act help in this?

It’s a great step in the right direction. The first thing that we really need to do is to figure out who is doing what and when. And so what Savanna’s Act requires is that the Department of Justice create a task force to make sure that everyone’s on the same page. When a woman goes missing from a reservation, what’s the first thing we should do? Because you get different answers to that.

It will also require the Department of Justice to have training for law enforcement officers, from the tribal police to the FBI, to understand what their role is in finding these women and putting the families at ease, that their case is being taken seriously. Because in the past, most families have reported that they didn’t feel the law enforcement authorities took enough action to try to locate their missing loved one.

Why has it taken so long to get to this point?

We didn’t really have data until very recently that told us the true scope of this crisis. It wasn’t until 1999 that the Department of Justice released any crime data pertaining to Native people. So it really hasn’t been that long that we have known about this problem.

You’ve been working on [the issue of violence against Indigenous women for more than 10 years]. How does it feel to get to this point, where this could potentially become law?