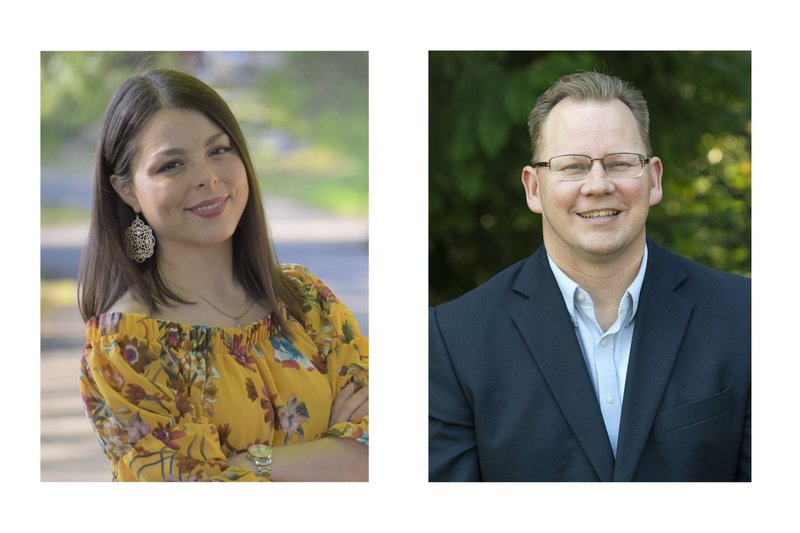 The coronavirus pandemic and a controversial sex education mandate are casting a shadow over the race for Washington state education chief in the November election.

With upheaval affecting all corners of public life in 2020, incumbent state superintendent Chris Reykdal says his experience as a longtime educator and state legislator will be the steadying force needed to help the state’s nearly 300 public school districts navigate the public health crisis that’s prompted most schools to go online for the foreseeable future.

His challenger is Maia Espinoza, who runs a Latino leadership group and has served on the state education department’s Race and Ethnicity Student Data task force and the Governor’s Commission on Hispanic Affairs. She says she’d suggest loosening the existing state recommendations on how to safely return to buildings, push districts to implement a school voucher-like stipend to help families pay for remote learning costs and urge teachers to go back to school as essential workers.

Washington state had the first confirmed virus case in the U.S. in late January. Democratic Gov. Jay Inslee on April 6 issued an emergency order to keep schools across the state closed through the end of the last school year. By this fall, most school districts had decided to start the new school year remotely, though a small number have opened for a hybrid in-person model. The governor announced recommendations in August for school reopening that is based on county coronavirus infection rates, though the decision to reopen is ultimately left up to the local school districts.

Espinoza is tying parents’ mounting frustration over chaotic online learning systems to the incumbent’s leadership. The Office of Superintendent of Public Instruction doesn’t have authority to reopen schools.

Maia Espinoza, a candidate for Washington state superintendent of public instruction, is shown at left in an undated photo taken by Monica Marchetti and provided by her campaign. Espinoza is challenging incumbent state superintendent Chris Reykdal, right, shown in an AP photo taken Oct. 2, 2020, in Olympia, Wash., in the upcoming November election. CREDIT: AP

“Parents perceive hypocrisy. Kids are allowed at day care, adults being able to go out to restaurants, but their kids not being allowed to go to school,” said Espinoza, 31, of Lakewood, who ran as a Republican in a losing bid for a seat in the state House of Representatives two years ago.

Reykdal said his opponent has no relevant experience or knowledge on this complex issue and said many parents are actually uncomfortable with the idea of going back to the classroom during a pandemic. He said child care centers are smaller and more self-contained compared to most public schools, and that child care and restaurants are also voluntarily services.

“We have a lot of parents who are nervous about that,” Reykdal said of in-person learning. “They’re making really hard choices.”

Reykdal, 48, of Tumwater, is a former high school teacher and school board member who served three-terms as a Democrat in the state House. Beyond the COVID crisis, expanding the school year is one of his biggest priorities if re-elected for another four-year term as state superintendent — an issue Espinoza also supports.

His re-election prospects have been dogged by a comprehensive sex education bill that his administration requested, which was approved by the Legislature along party lines in March but now faces backlash as Referendum 90 on the ballot. Espinoza was moved to run against Reykdal because she said she and other parents have been angered by the mandate.

Reykdal got just 40% of the vote in the primary in August, while Espinoza got 25% and the third-place finisher got 20% — meaning far more people voted against the incumbent than for him. As of Oct. 13, Reykdal has raised $215,307, with labor groups including the Washington Education Association teachers union, powerhouse employers like Boeing and Microsoft, and multiple Indian tribes among his biggest supporters.

Espinoza has raised $165,809 in campaign contributions and counts local Republican groups among her boosters. She’s faced accusations of exaggerated credentials, including claims about running a nonprofit, obtaining a master’s degree and being a teacher. She’s not a licensed educator but said she previously taught music class at her daughter’s private school one day a week.

Her voter guide’s statement was also an issue that went all the way to the state Supreme Court, which ruled in her favor.

Reykdal sued her for defamation in June after she claimed in the official voter’s pamphlet that Reykdal championed a policy that taught sex positions to fourth graders. A lower court initially sided with Reykdal, ruling that the statement was false and ordered it stricken, but Espinoza successfully appealed to get the statement restored. The state’s highest court didn’t rule on whether the statement was false but said Reykdal didn’t prove it was defamatory, which requires proof of malice.

Espinoza said Reykdal’s lawsuit was an act of intimidation. Her claim stems from a cartoon that is included on a list of approved supplemental resources that are optional for parents, which is not a part of the student material.

Espinoza is married to Laudan Espinoza, who works in communications for senate Republicans, and she was due with her third child in September. Espinoza, whose children have attended both public and private schools, said she supports more funding for charter schools, as well as testing a broader private school voucher system statewide.

For a COVID-related voucher, she said school districts should repurpose money allocated for building services now erased by the pandemic, such as transportation and utilities costs, to give families up to $2,500 per student to help them pay for desks, internet access, and other supplies need to learn from home.

Reykdal said vouchers of any kind would harm public schools and that schools now need more resources — not less — to build their online learning systems and address COVID, including purchasing personal protective equipment and sanitizing supplies. School districts have received $200 million to tackle the pandemic and Reykdal has touted his administration’s work steering some of the $8.8 million in federal funding to pay for internet access for low-income families.

Reykdal has two teenage children in public school and is married to Kim Reykdal, an award-winning high school counselor.