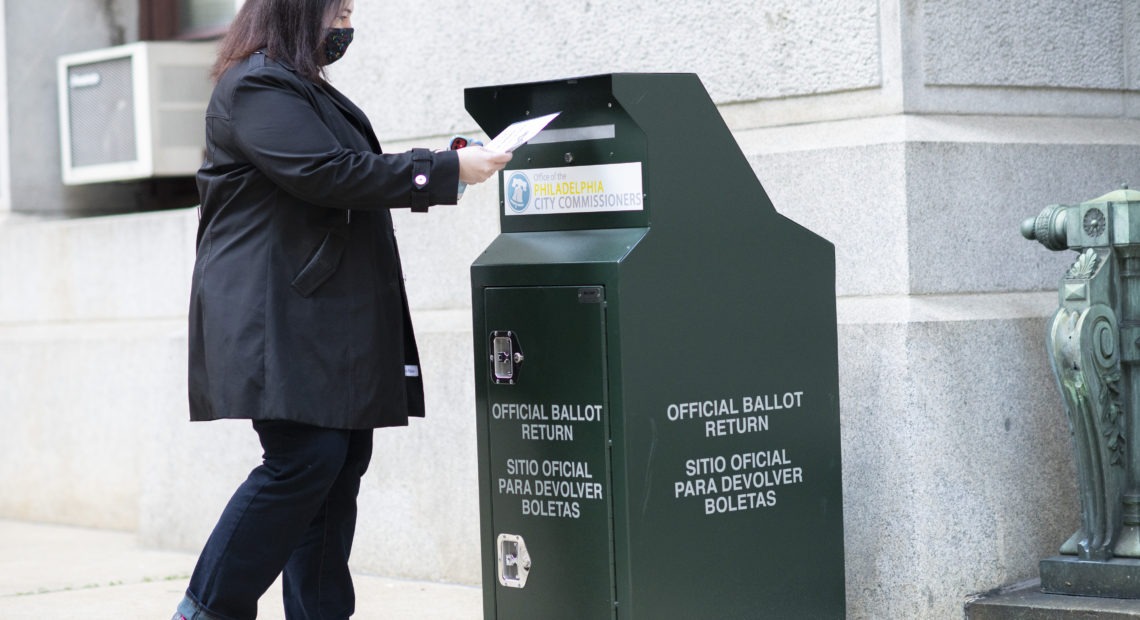 The U.S. Supreme Court said Monday that election officials in Pennsylvania can count absentee ballots received as late as the Friday after Election Day so long as they are postmarked by Nov. 3.

The court declined without comment to take up one of the highest-profile election law cases in the final stretch before Election Day. Pennsylvania Republicans had sought to block the counting of late-arriving ballots, which the state’s Supreme Court had approved last month.

Republicans sought the emergency stay, arguing that it is up to the state’s legislature — not the court — to set rules for how elections are conducted. They also said the court’s ruling could allow ballots cast after Election Day to be counted. 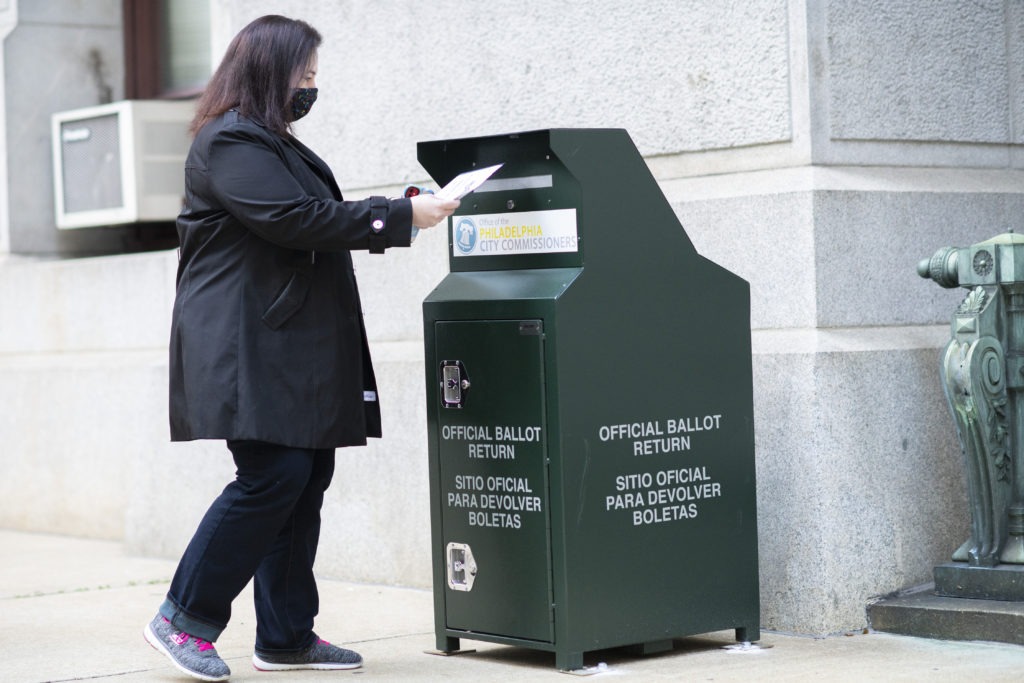 A voter casts her early-voting ballot at a drop box outside City Hall in Philadelphia on Oct. 17. CREDIT: Mark Makela/Getty Images

The court’s most conservative justices, Samuel Alito, Neil Gorsuch, Brett Kavanaugh and Clarence Thomas said they would have agreed to the stay request. But Chief Justice John Roberts joined the court’s three most liberal members to reject the request.

Many more voters are expected to cast votes by mail this year because of the coronavirus pandemic, and the issue of the cutoff date for when those ballots must be in the hands of election officials has become a legal flashpoint between Democrats and Republicans.

The decision comes in a state that is central to the presidential campaigns of both major-party candidates. Pennsylvania and Wisconsin are the only two swing states where officials can begin processing and counting the millions of absentee ballots only on Election Day, likely delaying complete results for several days. In a third crucial swing state, Michigan, clerks can begin processing ballots only the day before Election Day.

Before this year, the state required absentee ballots to be received by Election Day. But Democrats pushed for the extension because of concerns that postal delays would disenfranchise some of the millions of Pennsylvania voters who are expected to cast their ballots by mail this year because of the pandemic.

The decision is especially important because Donald Trump won Pennsylvania in 2016 by just over 44,000 votes, a narrow margin in a state where more than 6 million ballots were cast. An NPR analysis this year found that tens of thousands of primary ballots — including almost 16,000 in Pennsylvania — were rejected because they arrived too late to be counted.

The question of when mail-in ballots need to be received in order to count has been the subject of litigation in others states as well. In Wisconsin, a federal appeals court recently handed Republicans a victory by blocking a state plan to allow ballots to count if they were received up to six days after Election Day, as long as they were postmarked by Election Day. Democrats have asked the U.S. Supreme Court to reverse that decision.

Last Friday, a federal appeals court ruled that mail-in ballots in Michigan have to be received by Election Day. The state had wanted to extend the deadline by 14 days, arguing that postal delays could cause some ballots to be rejected.

And on Monday, a state appeals court in North Carolina said the state can count ballots that arrive as late as Nov. 12, as long as they are postmarked by Election Day.