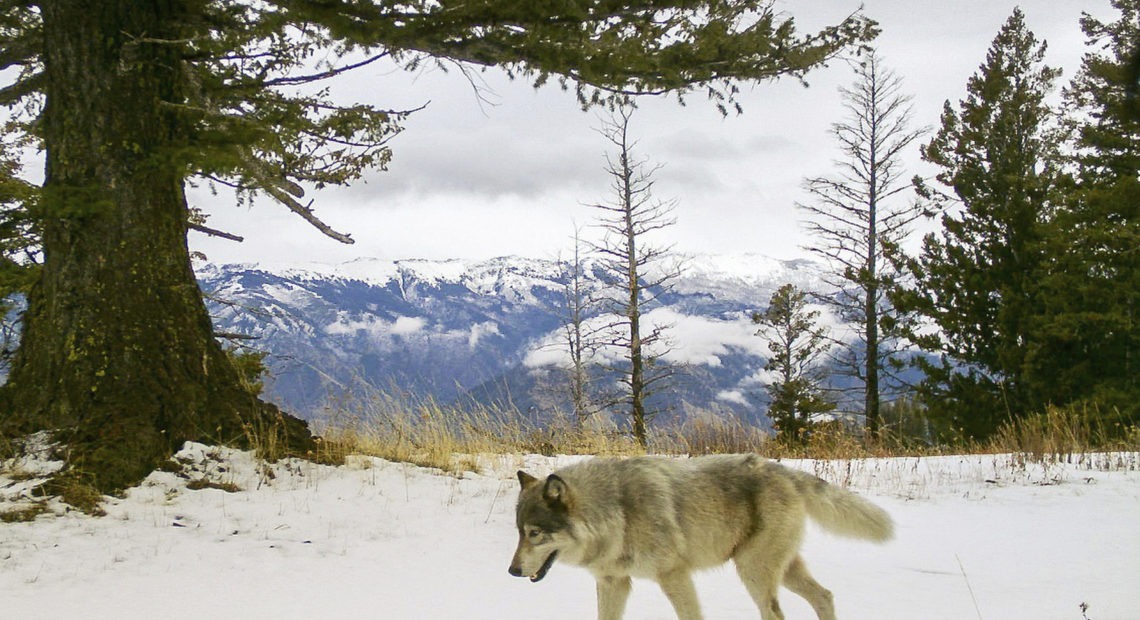 The federal government says it will remove endangered species protections for gray wolves in the Lower 48. The move will reduce protections for the predators in the western two-thirds of Washington and Oregon.

“Today’s action reflects the Trump administration’s continued commitment to species conservation based on the parameters of the law and the best scientific and commercial data available,” Interior Secretary David Bernhardt said in a statement.

Several conservation groups have already vowed to fight the decision.

The final rule will be officially posted Nov. 3. States and tribes will then take responsibility for wolf management on Jan. 4, 2021. The U.S. Fish and Wildlife Service will continue to monitor wolves for the next five years.

In 2018, Washington Department of Fish and Wildlife director Kelly Susewind wrote a letter supporting the federal delisting, calling the decision “appropriate and timely.”

“The state of Washington is well-prepared to be the management authority for wolves statewide and would be pleased to see limited federal resources directed to other species still critically in need,” he wrote.

Some conservation groups say delisting gray wolves in the western two-thirds of Oregon and Washington will hinder the growing populations chances of survival. The federal government says wolves will continue to disperse from Canada and areas that were delisted in 2011, including the eastern thirds of Washington and Oregon, Idaho and Montana. Wolves were delisted in Wyoming in 2017.

Zoë Hanley, the Northwest representative with Defenders of Wildlife, said all that depends on the health of the populations in those areas. She says it’s important to consider the sustainability of wolf populations that will become sources for other states.

“We’ve seen – especially in the case of Idaho and Wyoming – once wolves were delisted in those areas, those states have essentially taken every opportunity that they could to reduce those populations back to the brink of relisting,” Hanley said.

It’s similar to a recent decision not to add wolverines to the endangered species list, instead relying on neighboring populations to give an assist as they migrate elsewhere. At the time, the wolverine decision concerned conservation groups, who said it could be a problem for future wolf management.

Hanley says this wolf decision will open up the door to more lethal control and potentially more hunting, where wolves are “still struggling to get a foothold.”

But farming and cattle groups say wolf populations have recovered well in the region. Wolf depredations of cattle have created conflict, especially in northeastern Washington, where most of the state’s packs are located.

“As ranchers, we remain optimistic that we will be able to protect our livelihoods and ability to produce a safe, affordable, domestic food supply while all the while working in tandem with wildlife managers for balanced management and realized success,” said Washington Cattlemen’s Association executive vice president Ashley House in a statement.

As a member of Washington’s Wolf Advisory Group, Tom Davis calls this long-anticipated decision was exciting and “fully justified.” He says the state has developed expertise over the past 12 years to best manage wolves.

Davis says that wolves don’t recognize the arbitrary line that divides the eastern third of the state from the western two-thirds. Take, for example, Okanogan County, which lies mostly in the western, previously protected area.

“So if you had a wolf that was depredating cattle, there was very little that could be done. Basically nothing. You can’t manage wolves if they’re listed. Now this will allow for the full suite of management tools to be used in wolf management, not only in Okanogan, but across the state,” Davis said.

Historically, wolves were found throughout much of Washington. They were mostly wiped out from the state by the 1930s. Nationally, wolves were first protected under the Endangered Species Act in 1975. To help re-establish populations, wolves were brought to Yellowstone National Park and the central Idaho mountains in 1995. Wolves weren’t reintroduced in Washington or Oregon. 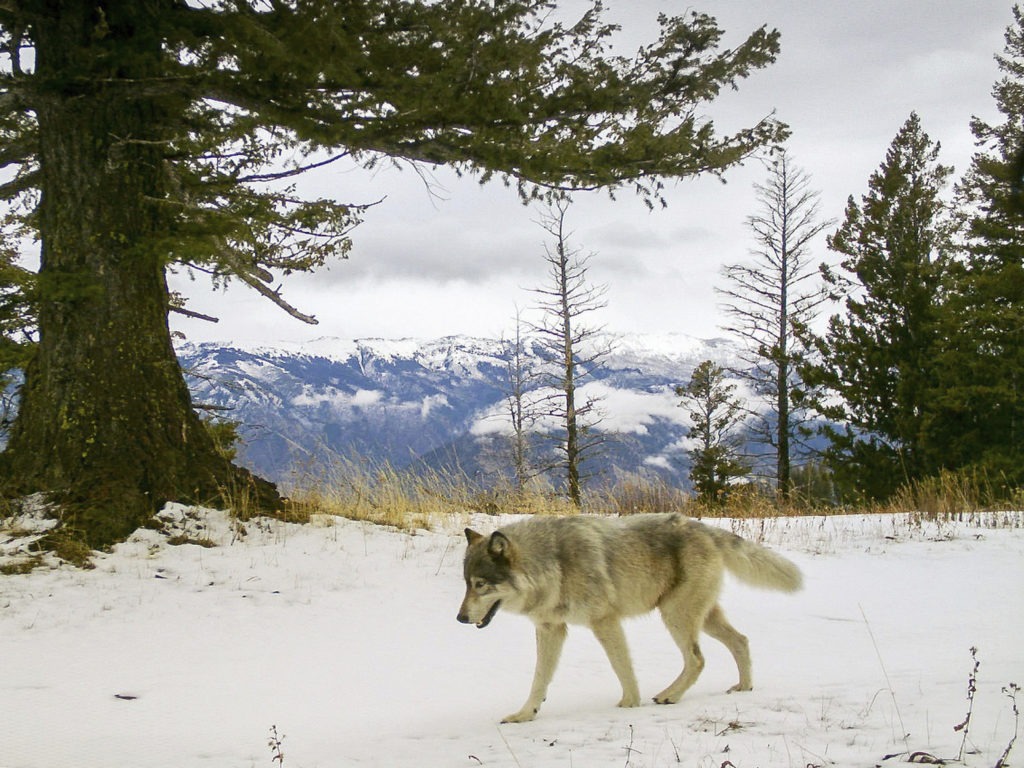 A wolf from the Snake River Pack passes by a remote camera in eastern Wallowa County, Ore. CREDIT: Oregon Department of Fish and Wildlife via AP

Wildlife managers documented Washington’s first breeding pair in 2008, after they dispersed from populations in neighboring states and Canada. Since then, wolf packs have increased by an average of 28% each year.

As of the latest count in 2019, the state Department of Fish and Wildlife documented a minimum 108 known wolves, up 11% from the previous count. The state found 21 known packs, including at least 10 breeding pairs. The Confederated Tribes of the Colville Reservation reported 37 wolves in five packs.

In 2019, Washington wildlife officials had to cancel in-person meetings on plans to manage wolves after they recovered in the state. The state held public meetings online  after credible threats of violence from both sides of the issue. The state is still developing its post-recovery plan.

In Oregon, the latest 2019 count of wolves found a minimum of 158 wolves, which increased by 15% from the 2018. The department documented at least 22 packs – 19 of which had breeding pairs. They also documented nine groups of two or three wolves. Wolves were found in 12 counties throughout the state.

While Oregon wolves are no longer protected under the state threatened and endangered species list, they are divided into western and eastern management zones. Wolves in the western zone are protected under more stringent Phase 1 rules, while wolves in the eastern zone are under Phase 3, which makes it easier to use lethal control measures when there are livestock depredations. Most wolves in Oregon are concentrated in the northeastern corner of the state.

Danielle Moser, wildlife program coordinator for Oregon Wild, says she’s concerned leaving wolf management to the state means there will be a low threshold for lethal removal and could lead to future public hunting and trapping seasons.

“We see a correlation when protections are removed, that it sends a signal to the public that this species has been devalued. So, there (also) often comes an increase in poaching,” Moser said.

“Roll a grenade in the room”

In September, a breeding male wolf was illegally killed in the Wallowa-Whitman National Forest. Oregon Wild has contributed money to the $6,150 reward for catching the poacher.

Several environmental groups, including Oregon Wild, said they will challenge the Trump administration’s decision to delist wolves in court.

“They don’t work well with others. They just basically come in and roll a grenade in the room and blow everything up. And that’s not helpful,” Davis said. “(Groups) can threaten (lawsuits) all they want, but while they’re doing that, we’ll continue to do the good work we’re doing in the state to try to create an environment where wolves can survive and thrive and so can our cattlemen.”

The new wolf decision marks the 14th species the Trump administration has removed from the endangered list since 2017. Critics from conservation groups have often said the administration is gutting the bedrock protections. The federal government’s most recent review of the status of gray wolves began in 2018.

“By empowering states to manage gray wolf populations, the federal government is recognizing the effectiveness of locally-led conservation efforts, basing management decisions on sound science – instead of politics, and providing certainty to families, farmers, and rural communities in Central Washington and throughout the country,” Newhouse said in a statement.

Conservationists say the timing is suspicious. Zoë Hanley with Defenders of Wildlife said there’s “no coincidence” that this decision is coming out days before the November presidential election.

“It’s just unfortunate that the U.S. Fish and Wildlife Service and the Trump administration are choosing to make this an opportunity to tout wolf recovery and the value of the Endangered Species Act that they’ve been working so hard to destroy,” Hanley said. “When in reality, this is just a political decision that is going to allow more liberal wolf killing.” 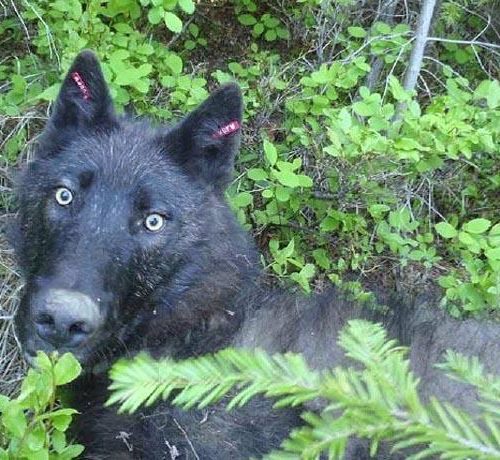 A petition that called for new rules to limit when the state can kill endangered wolves that prey on livestock was rejected by the Washington Fish and Wildlife Commission. Continue Reading Washington State Commission Rejects Petition To Limit Killing Of Wolves