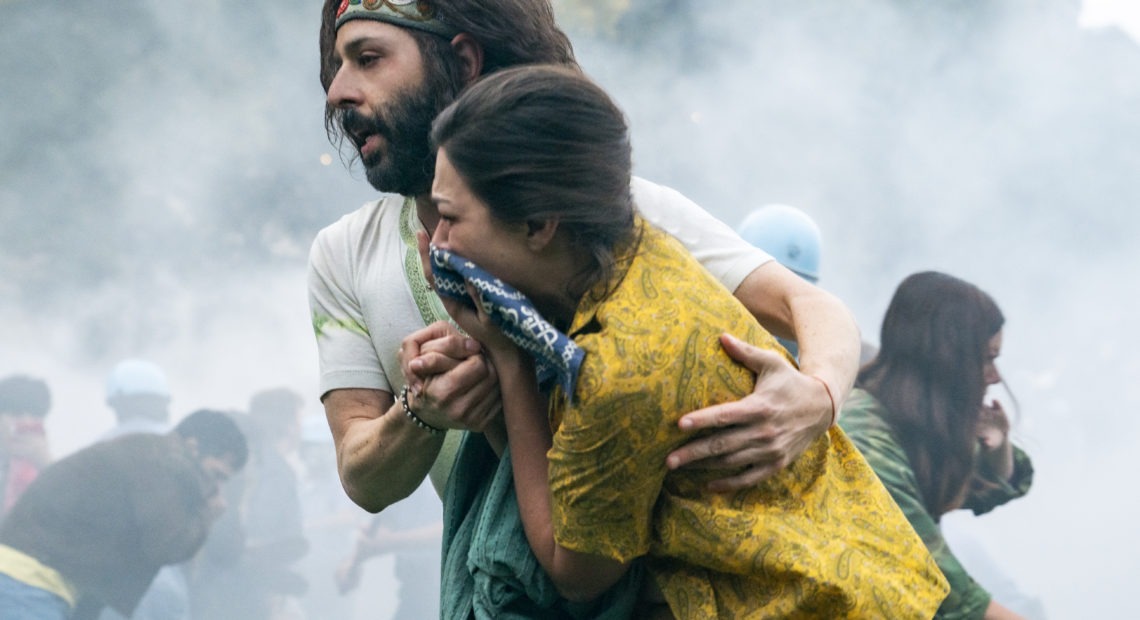 Nineteen sixty eight was a year of upheaval in America. Martin Luther King Jr. and Robert F. Kennedy had been assassinated, and the country was embroiled in protests over the war in Vietnam.

That summer, several prominent anti-war activists, including Abbie Hoffman and Tom Hayden, were accused of crossing state lines and conspiring to start a riot at the Democratic National Convention in Chicago. The trial that followed transfixed the nation.

West Wing creator Aaron Sorkin recreates the activists’ trial in his new Netflix film, The Trial of the Chicago 7. He says this story is “shockingly, chillingly relevant” — and points to parallels between the unrest in Chicago in 1968 and the political divisions of today.

“I saw a photograph [of counter-protesters] from 1969, when the trial was starting,” Sorkin says. “Three of the signs that I saw said: ‘America, Love It or Leave It,’ ‘What About White Civil Rights?’ and ‘Lock Them Up.’ ”

Sorkin notes that those signs — and the broader demonization of the protesters — recalls President Trump’s reaction to the Black Lives Matter demonstrations of 2020.

“We thought the film was plenty relevant last winter when we were making it. We didn’t need it to get more relevant, but it did,” Sorkin says.

Fourteen years ago, [Steven Spielberg told me] he wanted to make a movie about the Chicago Seven. And I said, “That’s a great idea. That would make a great movie. Count me in and sign me up!”And I walked out of his house, called my father, and asked him who the Chicago Seven were. I didn’t have any idea what Steven was talking about. I was just saying yes to working with Steven Spielberg the way literally any writer would. 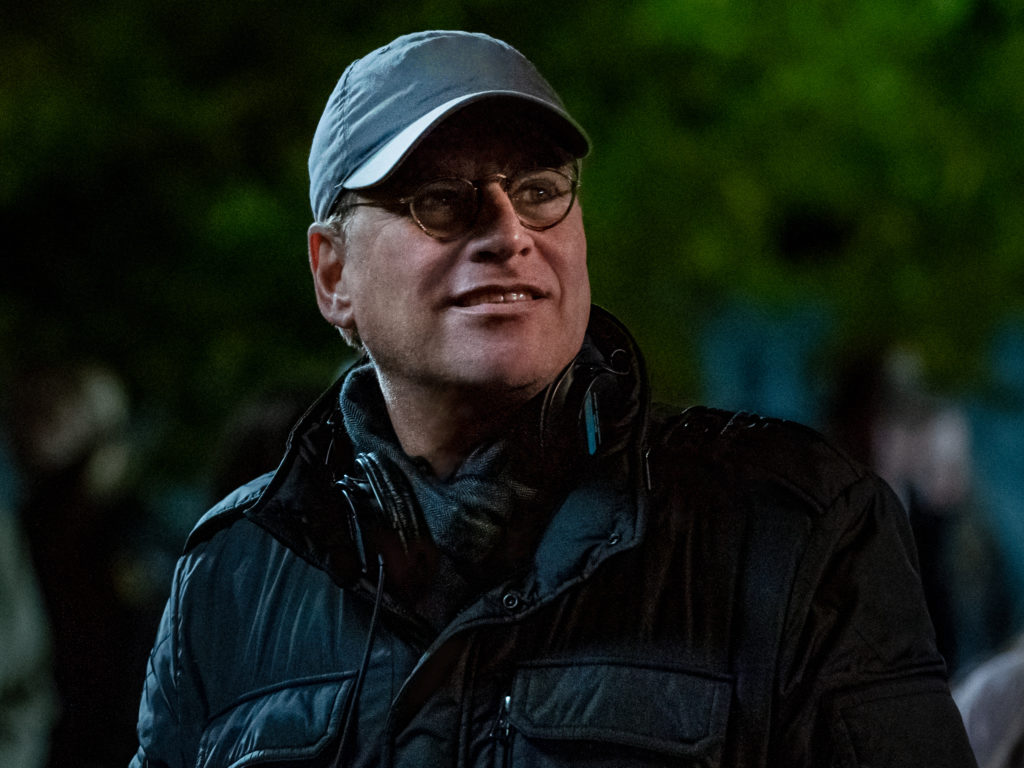 Filmmaker Aaron Sorkin isn’t bothered by critics who say his writing style is too idealistic. “I get to earn a living doing exactly what I love doing,” he says.
CREDIT: Niko Tavernise/Netflix

So then I had research to do, obviously. I read about a dozen good books on the subject, a number of them written by members of the Chicago Seven. And there’s a 21,000 page trial transcript. But the most critical part of the research was the time I got to spend with Tom Hayden, who was still alive at the time. … And he gave me an insight that I would not have been able to get from those books or from the transcript.

On why the film feels particularly relevant now

When suddenly Donald Trump was at rallies, when a protester in the back would shout something and he’d be getting dragged out and Trump would start reminiscing about the good old days when we’d carry that guy out of here on a stretcher, and I’d like to punch him right in the face and beat the crap out of him. When protest was being demonized. Whether it was an athlete kneeling during the national anthem, that’s what was going on that made Steven finally say, “OK, the time to make this movie is now.” …

With the shootings of Breonna Taylor and Ahmaud Arbery and [the death of] George Floyd, the protests and protesters being met by, again, tear gas and nightsticks and calls from the government that they’re anti-American, that they’re anarchists, that they’re communists — when in fact, they’re patriots.

On portraying Judge Julius Hoffman, who demonstrates disdain for the defendants

He was awful — more awful than I made him just because I couldn’t show you five and a half months of trial. He was either in the tank for the prosecution or experiencing early senility or some combination of both. But most likely what it was, and you see this again today … was he felt that he was the guardian of the America of the ’50s or at least the America in his imagination, that the ’50s were a quieter, whiter time without all this crazy psychedelic music, and these kids and their long hair and the clothes protesting things that he thought he was the last line of defense against these guys, and he was going to put them away and teach them a lesson.

On a common criticism that his writing style is too idealistic

Honest to God, the thing that I think about the most is that I get to earn a living doing exactly what I love doing and what you’re talking about, those are pretty glamorous problems, that critics talk about me in a certain way. When I was writing my first play, A Few Good Men on cocktail napkins at the bar I was working at, and you had told me that my problem was going to be the way critics talked about my writing, I would have hugged you and said, “Really? There’s going to be a day when I’m reviewed by somebody?” I know exactly what you’re talking about, but it’s been going on for a while, so I’m used to it.

I do like writing idealistically and optimistically. As an audience member I like cynical things, gritty things. I’m fine with things that don’t have a happy ending. But as a writer, I like writing the kinds of movies that made me want to write movies, and those were usually movies that put a lump in my throat, gave me a goosebump experience, just made me feel two inches taller after I had watched it. I like doing that. There have been a couple of exceptions along the way and there’ll probably be a couple of exceptions in my future. I like it when the orchestra comes in.

On writing about Trump-era politics for the screen

I’ve just, in the last week, passed on two different things that would involve the character of Donald Trump. … Believe me, screenwriters, playwrights, television writers, we’re going to be writing a lot about these last four years. But I predict that — The Comey Rule notwithstanding — that you will seldom see [a fictionalized version of] Donald Trump as anything but an off-screen character. … Having him as a character in a story with real people is very difficult, because it’s implausible. It’s very hard to not make him like Alec Baldwin on SNL because, as I say, he is implausible. Also, you can write about heroes and villains or anti-heroes like Mark Zuckerberg, but there’s no such thing as an interesting character who doesn’t have a conscience. If you take Richard III’s conscience away from him, we’re not interested in that play.

Ann Marie Baldonado and Seth Kelley produced and edited this interview for broadcast. Bridget Bentz, Molly Seavy-Nesper and Meghan Sullivan adapted it for the Web.