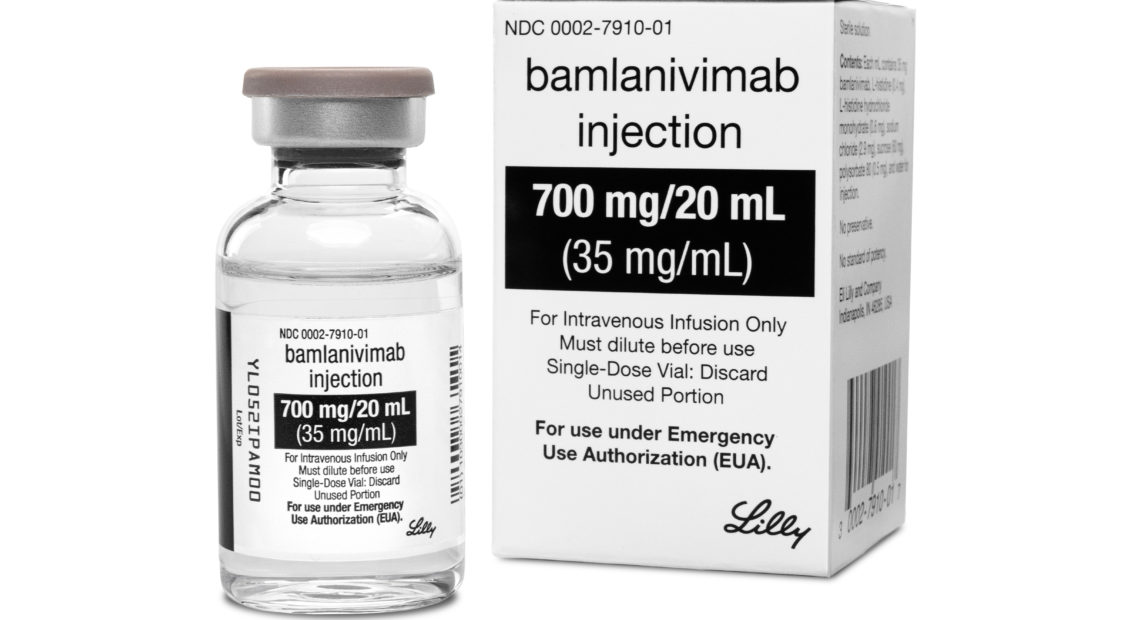 The Food and Drug Administration Monday gave the thumbs-up to a drug that’s designed to prevent people with mild to moderate COVID-19 from getting sicker.

The drug, called a monoclonal antibody, will be available to people 65 or older or those with underlying health conditions. Supplies will be short, and distributing the medicine fairly will be a challenge.

The FDA is allowing the drug on the market under its emergency-use provision, which requires a lower standard of evidence than outright approval. 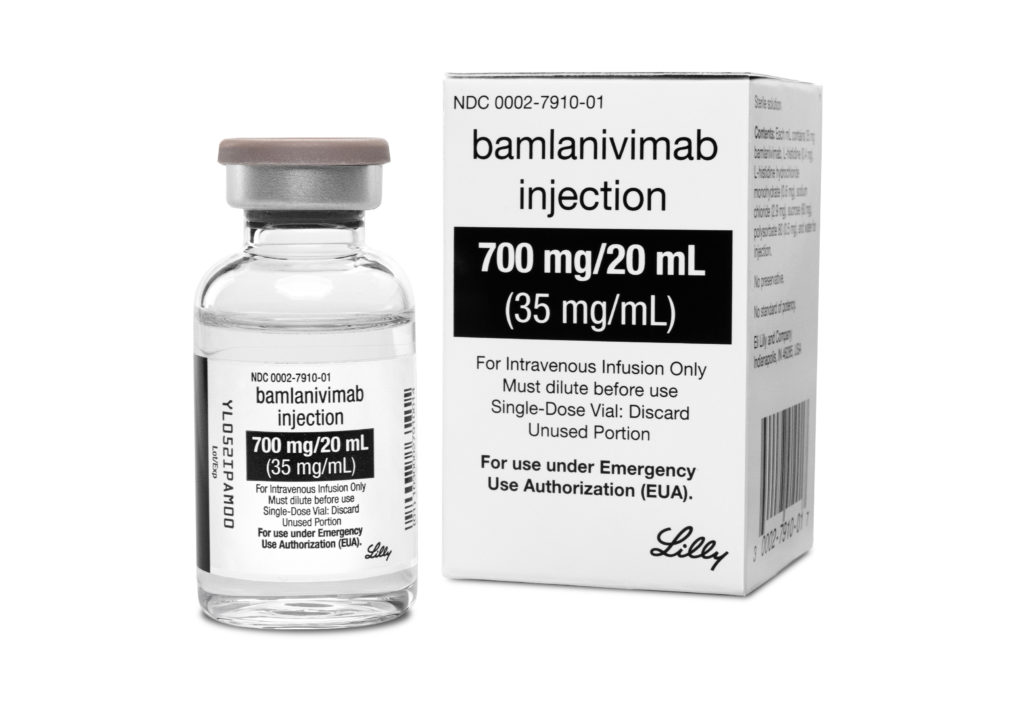 The Food and Drug Administration has authorized Eli Lilly’s antibody-based drug bamlanivimab for emergency use as a treatment for COVID-19. CREDIT: AP

This particular antibody is made by Eli Lilly. President Trump got a similar medication made by Regeneron — but that product is still under review at the FDA.

Monoclonal antibodies are synthetic antibodies that block the virus and prevent it from infecting cells. The idea is to give it to people who have mild to moderate illness but aren’t sick enough to be hospitalized.

The goal is to keep them out of the hospital. These drugs have not helped hospitalized patients.

But most people with mild to moderate COVID-19 never end up in the hospital, so most people won’t actually benefit from it in an obvious way. The drugs can speed up the time it takes for the body to rid itself of virus, but it’s not clear what difference that makes to people’s health.

FDA wants to restrict use of the Lilly medicine to people likely to have a 10% of chance of needing hospitalization. In that population, the hospitalization rate would drop to about 3%. So, if the drug is given to 100 people, it could theoretically prevent seven hospitalizations. It basically improves the odds a bit for those eligible to take the drug.

But administering it to people with active coronavirus infections will be a challenge. It needs to be given by IV infusion, which that isn’t simple. The treatment is given as a single dose in an infusion that lasts at least an hour, according to drug’s instructions. Patients must be monitored for an additional hour.

“We don’t want people running to the emergency room to get this therapy,” says Dr. Walid Gellad at the University of Pittsburgh. Emergency rooms are already straining under the burden of COVID-19 cases. “We don’t want people running to infusion centers where there are patients with cancer,” he says. “And we don’t want them running necessarily to their primary care doctor’s office, that are not set up for these infusions. It is not clear at all where the infusions are going to happen.”

Sorting this out is likely to be chaotic, Gellad says. Federal health officials say hospitals can set up tents if they choose, or even provide the drug at home, through traveling nurses. But representatives from the home infusion industry say that service for a single treatment is impractical and would not be adequately reimbursed by Medicare, so home infusion is unlikely to be an option.

“We anticipate that initially there will be challenges for the health care system in administering IV infusions to infected patients,” said Dr. Janet Woodcock, an FDA official working at the government’s Operation Warp Speed, a private-public partnership to accelerate the development of COVID-19 treatement.

She spoke at a news briefing Tuesday. She said both the government and Eli Lilly have created “playbooks” to help hospitals and other providers think through the issues they will confront.

Equitable distribution is also likely to be a challenge because the drug will, initially at least, be in short supply.

Eli Lilly says it hopes to have up to a million doses by the end of the year – for worldwide use. Considering that the pandemic in the United States alone is growing by more than 100,000 cases every day, that supply won’t stretch far.

That could be one reason the FDA has decided to limit its use to people at highest risk — those over 65, and people with underlying health conditions including obesity. The most common side effects reported in clinical trials were nausea, dizziness and headache.

The federal government has agreed to purchase 300,000 doses, which will be distributed to states. The drug costs $1,250 per dose.

During his campaign, Trump promised seniors that they would get antibody drugs at little or no cost, just as he did.

Even though the drug itself will be free, the treatment won’t be. Health care economists figure the cost to seniors could end up somewhere between $60 and $300 per treatment, depending on the Medicare plan and whether a person has reached the annual deductible.

Medicare says hospitals can volunteer to waive their fees, but that’s unlikely to happen. Commercial insurers, on the other hand, have generally been covering coronavirus treatments at no cost, and could extend that deal to monoclonal antibodies. (Health insurance companies are having an extremely profitable year because so many people have avoided routine care.)

Medicaid patients could get the drug at little or no cost. Uninsured patients may be able to have their care covered through a federal fund for COVID-19, officials say.

With an effective vaccine likely on the horizon for next year, some health officials see this treatment as a stopgap. And, given the practical difficulties of distributing and administering the drug, it’s only a partial solution.

Studies are ongoing to see whether these antibodies can be used preventively in nursing homes and other high-risk situations.

The Lilly drug, called bamlanivimab, was developed with remarkable speed.

The company says it has scaled up production at five sites, some of which will manufacture the drug for use outside of the United States.

Bamlanivimab joins a short list of drugs shown to benefit COVID-19 patients. The FDA has granted full approval to remdesivir, a drug that prevents the virus from multiplying inside the body. That drug has been shown to reduce hospital stays but has not been proven to save lives. A generic steroid, dexamethasone, has been shown to save lives among people who are seriously ill.

Lilly says it will begin shipping its drug immediately. Availability will vary state by state, since each state will get an allocation and have to implement its own distribution system.