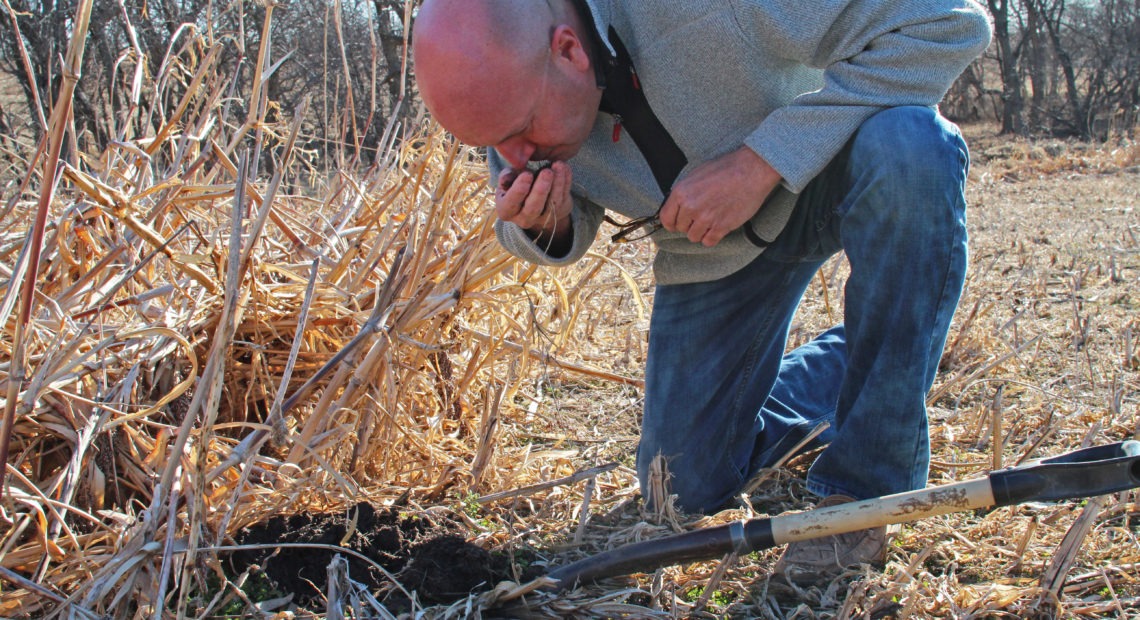 Just over a decade ago, the American Farm Bureau Federation declared war on legislation to slow down global warming. The organization, a lobbying powerhouse, argued that a “cap-and-trade” proposal making its way through Congress would make fuel and fertilizer more expensive and put farmers out of business.

Now, the Farm Bureau might be changing course. This week, it announced that it had formed a coalition that plans to push the government to adopt dozens of policy changes that would make it easier for farmers to reduce emissions from agriculture.

“We’re going to have a real common sense, science-based discussion about how we protect the climate, and our farmers want to be part of that,” said Zippy Duvall, president of the Farm Bureau. 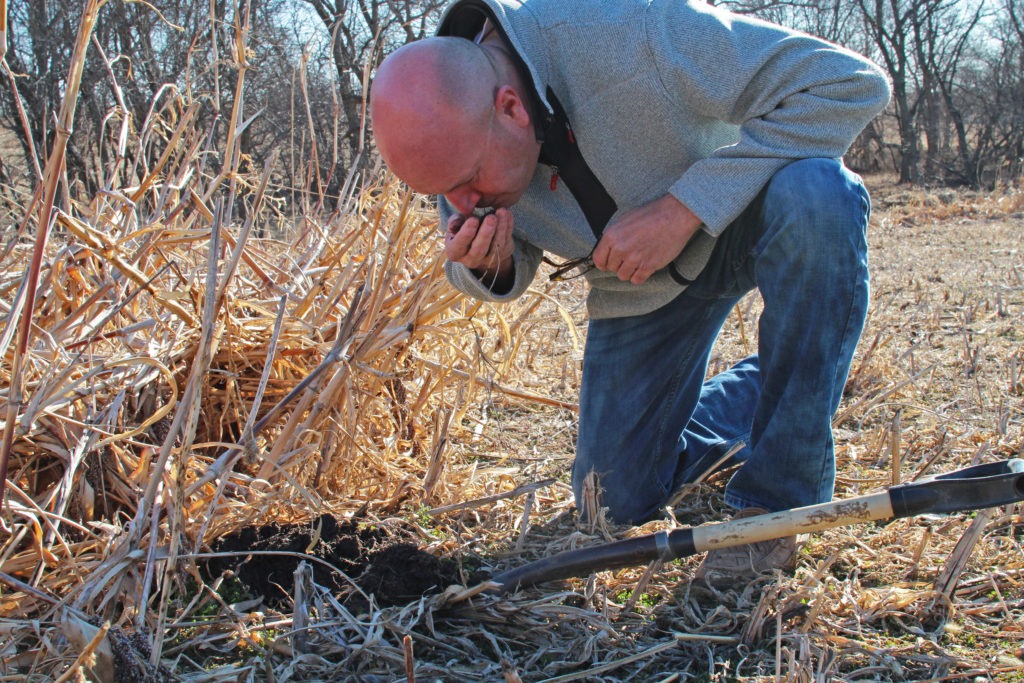 Del Ficke, a farmer in Pleasant Dale, Neb., has embraced the cause of building carbon-rich soil, capturing carbon dioxide from the air in the process. CREDIT: Dan Charles/NPR

The proposals don’t entail regulation or mandatory cuts to agricultural greenhouse gases. Instead, they are voluntary and sometimes involve paying farmers to reduce emissions. Still, the new Food and Agriculture Climate Alliance brings together groups that have often butted heads on environmental policy, from agricultural lobbies, like the Farm Bureau and the National Council of Farmer Cooperatives, to climate advocates, like the Environmental Defense Fund and the Nature Conservancy.

“It feels like in the past eighteen months, the conversation has just really shifted,” says Pipa Elias, director of agriculture for The Nature Conservancy.

The shift is happening for several reasons. Many big food companies have promised to reduce their greenhouse emissions and they’re pushing for changes on the farm — and sometimes paying for such changes.

Meredith Niles, a specialist on farming and the environment at the University of Vermont, says that farmers also are reacting to their direct experience. “We see more and more farmers acknowledging climate change, actually being affected by it, through droughts or floods or other impacts,” she says.”

At the press conference launching the new alliance, Barb Glenn, chief executive of the National Association of State Departments of Agriculture, said that “everyone in this unique coalition understands and is witnessing the changing of the climate, and we all want to be involved in impacting it.”

The new alliance is proposing initiatives that would make it easier for farmers to make climate-friendly changes on their farms. The proposals include everything from installing anaerobic digesters that capture the greenhouse gas methane from cow manure to building healthier, carbon-rich soil, absorbing carbon from the air in the process, and expanding forest land.

Farmers would be compensated for taking these steps, either directly by the government or by corporations that seek to offset, or cancel out, their own emissions. 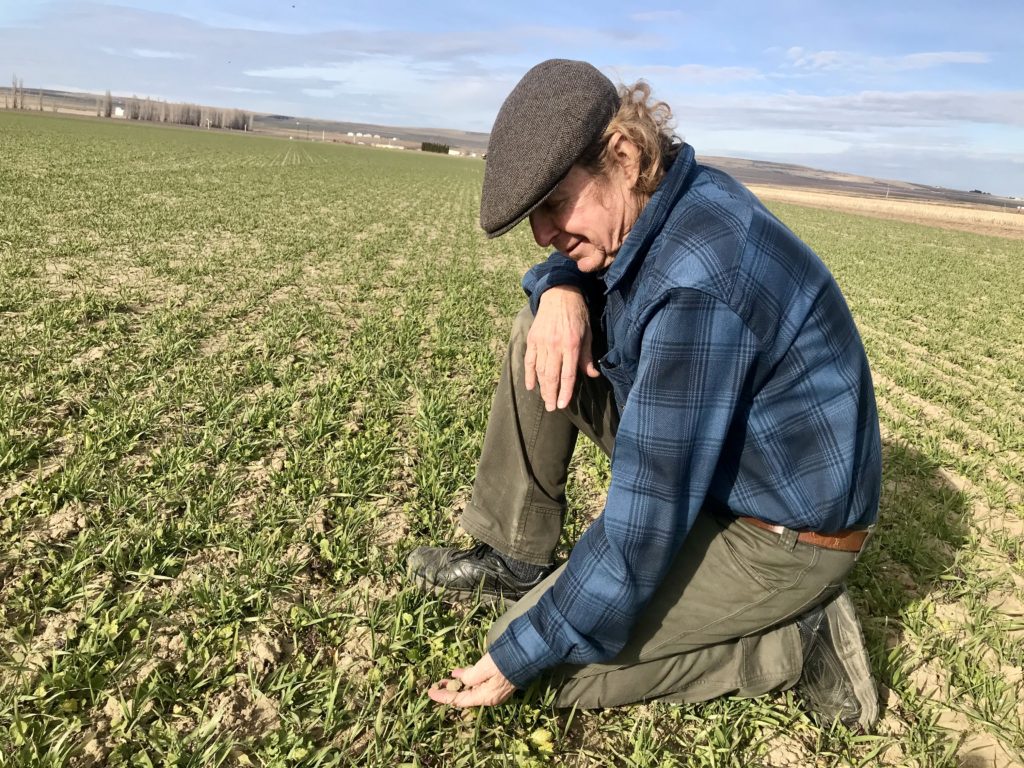 Eastern Washington farmer Jim Baird uses cover crops like mustard and triticale (a hybrid of wheat and rye) to improve the nutrients in his soil and to sequester carbon. Over the past 10 years, as he has intensified planting cover crops, he’s sequestered up to 14 tons of carbon per acre. CREDIT: Courtney Flatt/NWPB

Some environmentalists unaffiliated with the alliance, like Jason Davidson at Friends of the Earth, are against the idea of letting farmers make money from their greenhouse reductions by selling “carbon credits. “You’re not necessarily reducing pollution, you’re just saying that polluters can continue to pollute and offset that based on practices elsewhere,” he says. As a result, he says, pollution often ends up concentrated in communities without the power to defend themselves.

In addition, it can be hard to measure what some of these farming methods actually accomplish. There’s a risk that farmers could be paid for greenhouse reductions that turn out to be illusory. Niles, at the University of Vermont, says scientists are working to resolve those measurement uncertainties. And she was “thrilled” to see the new group’s recommendations.

The biggest shift, she says, is that big farm groups are finally talking about reducing their own greenhouse emissions. In the past, she says, “a lot of farmers didn’t want to speak about it, because it might mean potential regulation.”

They’re still opposed to new regulations. But Pipa Elias, from The Nature Conservancy, says that financial incentives also work. “If getting agriculture to the table requires a market based payment, it can actually be very efficient and very effective,” she says.

There are signs that the incoming Biden Administration is thinking the same way. Robert Bonnie, who leads the Biden transition team for the US Department of Agriculture recently called on the USDA to set up a so-called Carbon Bank that would pay farmers to fight climate change.