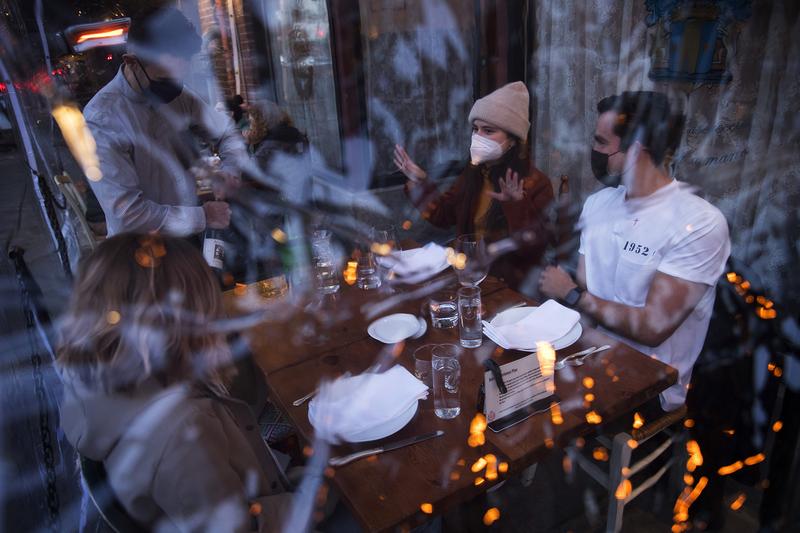 –Coronavirus Updates And Resources From NWPB

The Washington state Department of Health has reported more than 6,200 new cases of the coronavirus, representing roughly three days of cases.

Health officials said Monday evening the 6,277 new cases reported includes a case backlog because of the surge in cases and testing over the last week.

Thirty-six deaths were also reported, according to The Seattle Times. 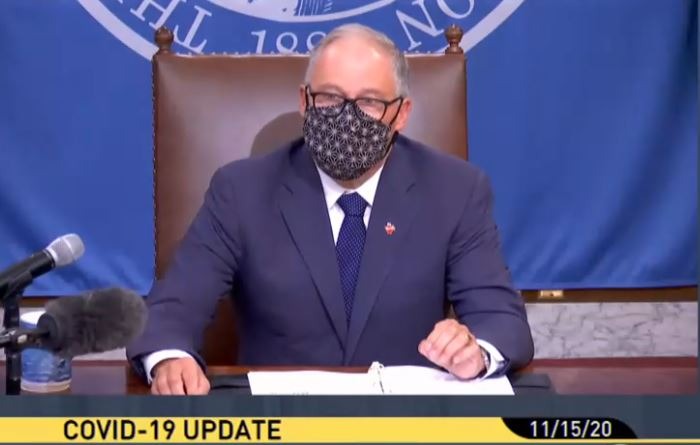 Washington Gov. Jay Inslee announced another round of coronavirus closures statewide on Nov. 15, 2020 as case positivity rates and hospitalizations have gone up in recent weeks. CREDIT: TVW/screenshot

“We have grave concerns about what will happen in the coming weeks if people gather at Thanksgiving, or any other time in the near future, and spread COVID-19 to their friends and loved ones,” Lofy said.

“Do not have friends and other family inside your home for social gatherings,” officials said.

A four-week shutdown on indoor service at restaurants and bars prompted by an alarming statewide spike in COVID-19 cases is expected to cost the industry some $800 million, a representative said Monday.

Anthony Anton, chief executive of the Washington Hospitality Association, urged lawmakers from both parties to begin figuring out ways to support restaurants as well as hotels and other hospitality businesses so they have a plan ready to go when the Legislature next meets.

“The hospitality industry has been hanging by a thread,” Anton told an online news conference. “This has been a tough, tough year for our main streets and our industry.”

Gov. Jay Inslee announced Friday an additional $70 million in grants for businesses, as well as $65 million for loans and other assistance — federal money appropriated through the CARES Act. Anton said that while anything helps, that would only cover about two days of losses. 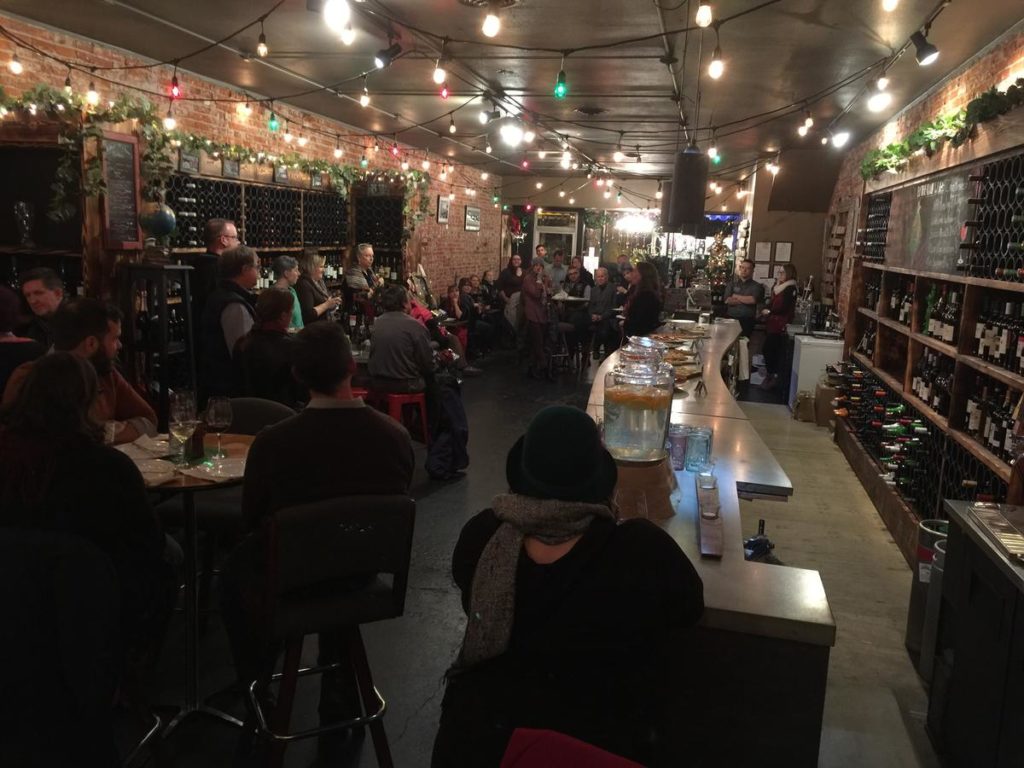 Bill Hinkle, a former Republican state lawmaker, said he and his wife decided last week to close their wine and crepes restaurant in Ellensburg. Courtesy of Bill Hinkle

Four lawmakers joined Anton at the news conference — Democratic Sen. Karen Keiser of Kent and Rep. Larry Springer of Kirkland, an Republican Sen. Shelly Short of Addy and Rep. Gina Mosbrucker of Goldendale. Mosbrucker runs a hotel in Goldendale, while Springer has run a wine shop and bar for decades.

“Tourism and hospitality, small businesses are the heartbeat of these communities, and these shutdowns have just destroyed them,” Mosbrucker said. “We’re very grateful that the governor expanded the amount of dollars he’s putting in, but it’s simply not enough.”

Likely relief for the industry could include reducing or suspending business and occupation taxes and the costs of unemployment insurance. But the most significant help will have to come from Congress, Springer said.

“There is no amount of state revenue that will come anywhere close to the kind of financial needs this industry has,” he said.

Complicating matters is that many restaurant and hotel workers have used up or nearly used up their unemployment benefits for the year, which are capped at 39 weeks from the time someone first applies. Keiser noted that lifting that cap is something lawmakers need to consider.

“For every day we wait, for every day that doesn’t get some help to these small businesses and the hospitality industry, we’re going to have people’s holidays ruined, their dreams ruined,” Keiser said.

The Republicans continued to insist that Inslee needs to call a special session of the Legislature to begin work right away. Inslee has repeatedly said he does not believe a special session is needed before the start of the regular session in January. Last week the governors of Colorado and New Mexico called special legislative sessions to deal with the effects of the coronavirus outbreak.