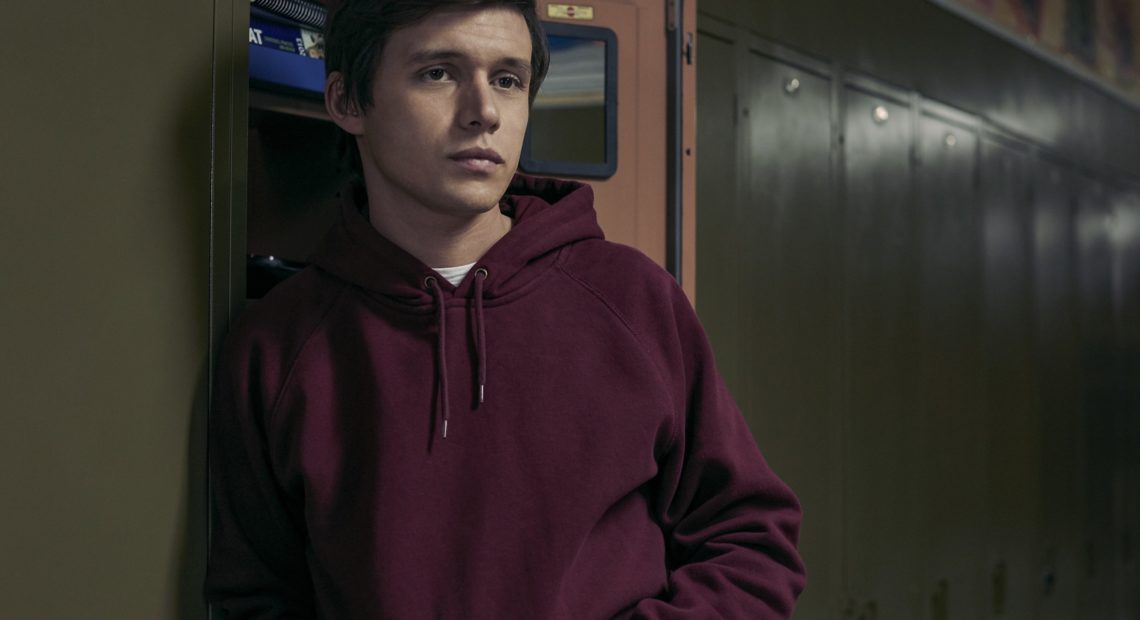 TV REVIEW: ‘A Teacher’ Tells A Lesson In Predatory Behavior

The FX on Hulu miniseries, A Teacher, falls somewhere between a twisted romantic drama and a cautionary tale about the lasting trauma of a student-teacher affair. The story is troubling as it blends warning and titillation, brilliant when subtly depicting grooming, and bland when you look too closely at some character details. Even though parts of the story are shaky, the narration arc is sturdy enough to bear the weight of a very heavy topic.

Claire Wilson (played by Kate Mara) is a 30-something English teacher who takes a special interest in one of her students, a charming high school senior named Eric Walker (played by Love, Simon heartthrob Nick Robinson). When the two start spending time alone outside of the classroom, a manipulative and damaging affair follows.

A Teacher (2020) is director Hannah Fidell’s second try at this story though the miniseries is not a prequel, sequel, or remake of its Sundance indie film namesake, A Teacher (2013). Fidell’s decision to reuse the title, setting, and chunks of the plot feels a bit like naming your new dog after your dead one. Although the miniseries certainly has the time to explore the personal factors leading to this noxious affair, the characters still feel generic.

In the miniseries, Claire deals with a rocky relationship with her husband, lingering trauma from her mother’s death and her father’s alcoholism, and the regret of her wasted youth. It feels like a universal recipe for an unhappy woman. Whenever Claire is confronted about her bad decisions, she rattles off her vague list of personal grievances.

The camera splits time between following Claire and Eric. Though telling so much of the story through Claire’s point of view risks making the audience identify too closely with an abuser, Claire’s character is hard to identify with because she is ultimately a nebulous caricature of a bitter woman with a toxic streak. Although we don’t get to see far beyond Eric’s puppy dog eagerness and intense confusion, the show does a good job showing his family and friends’ concern or lack thereof.

Most scenes between Claire and Eric happen outside of school despite the hour a day they spend together on opposite sides of the classroom. But during their weekend getaway and even during their fights, it’s easy enough to forget how disturbing the situation is.

Although conversations about sexual abuse have been increasing since the #MeToo movement, many people still do not know what grooming is or how to spot it. Predators can use their power to manipulate victims into thinking the relationship is their idea. Consent is more complicated than a simple yes or no, because coercion can happen gradually.

In the time leading up to their sexual relationship, A Teacher gives us a lesson in predatory grooming behavior. Claire utilizes several strategies: 1. Gaining Eric’s trust. 2. Creating a dependence as the only SAT tutor he can afford. 3. Isolating him in the name of mentorship. 4. Making him keep secrets, from her joking about other students to her getting him out of an underage drinking citation.

The boundary-crossing moments are blurred by Ms. Wilson’s sporadic retreats to professionalism. She starts letting Eric call her Claire outside of the classroom, then crosses lines by going to a frat party with him. But she plays the part of a responsible adult by opting for orange juice instead of a mimosa. Initially, she scolds him for kissing her but then continues to meet with him in private settings, before eventually initiating sex. As their relationship escalates, Claire lays out new rules only to break them and rip out the final threads of stability from under Eric’s feet. There are moments that romanticize their relationship as something other than child abuse. 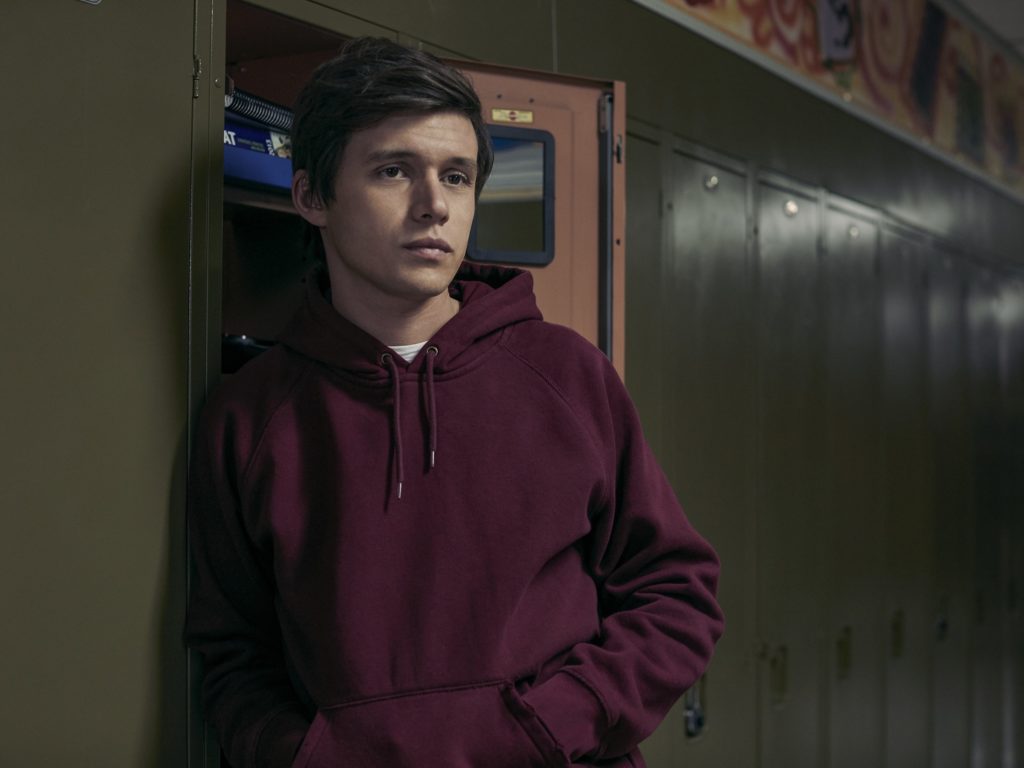 Nick Robinson as Eric Walker in A Teacher on Hulu.
CREDIT: Pamela Littky/FX

Even if the series as a whole is critical of grooming, the sex scenes toe a dangerous line between critiquing and embracing the hot-for-teacher fantasy.

The Awareness Campaign Tagged onto the Series

Each episode of the series is bookended by trigger warnings and an FX resource page where the lead actors speak directly about grooming and point viewers to hotlines. But, there is the inherent paradox of showing a dramatized situation as a method of critiquing it. 13 Reasons Why (2017) is an even more extreme example of this balancing act. In an attempt not to glamourize suicide, the series began with actors introducing themselves and their characters, explaining the purpose of the show, and offering trigger warnings. 13 Reasons Why also had an extensive resource page, although some critics said it failed to balance out the show’s impact on younger viewers.

For the viewers who the resource links don’t reach, hopefully the warning signs and reflections within the story A Teacher will be enough to offset the sensationalized moments.

After a three-episode premiere last Tuesday, the next seven episodes will come out on a weekly basis. The show is bingeable but might not earn the loyalty that it takes to keep viewers coming back weekly for a half-hour reward. Releasing the full series at once and letting people binge would have helped blur the pacing issues and made some of awkward timeline jumps more forgivable. The slow drip of short weekly episodes does not do the series any favors, because the sum of the series is much stronger than the episodes standing alone. So, maybe wait until the full season is out in late December to see a full and chilling view of grooming and its consequences.