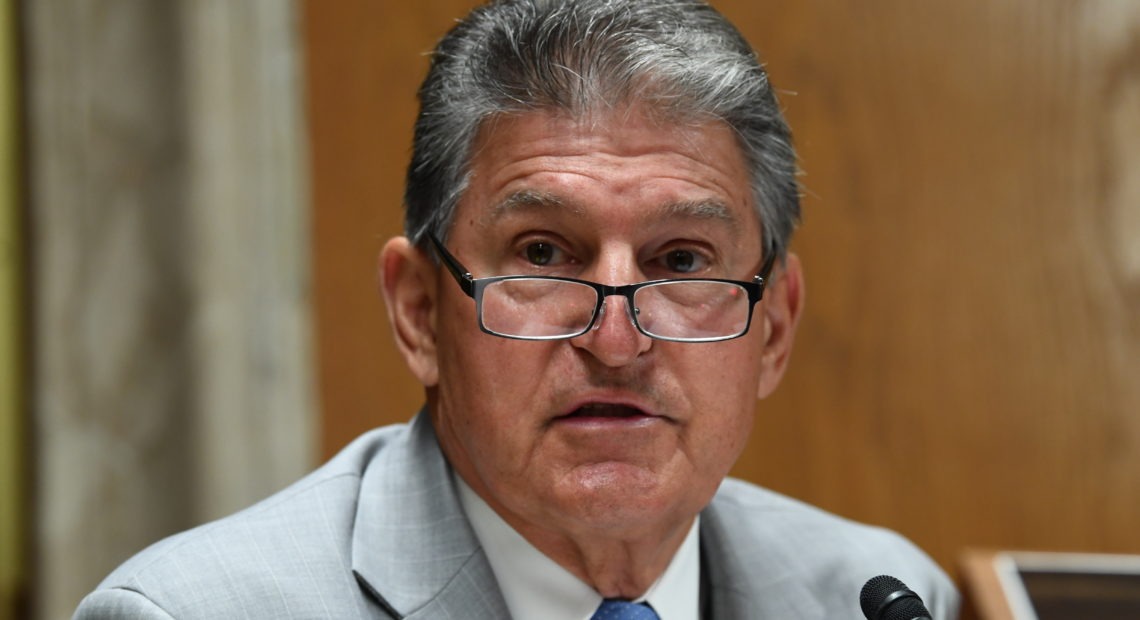 Just hours after a bipartisan group of House and Senate lawmakers revealed a $908 billion legislative framework to try to break a months-long impasse on a new round of pandemic-related relief measures, Senate Majority Leader Mitch McConnell told reporters he’s talking to administration officials about a separate coronavirus bill that President Trump will sign.

“Waiting for next year is not an answer,” McConnell said. He also said a spending bill being negotiated now by the House and Senate would serve as a vehicle for passing more pandemic aid.

“It will all likely come in one package,” McConnell said.

McConnell shared a framework of his new proposal totaling more than $500 billion with Republican senators later Tuesday and said he was awaiting their feedback. Among its highlights, the plan would direct $332.7 billion to small businesses, including the popular Paycheck Protection Program; $105 billion for schools; and $31 billion for vaccine distribution, therapeutics and medical supplies. It doesn’t include aid for state and local governments, a top priority for Democrats. 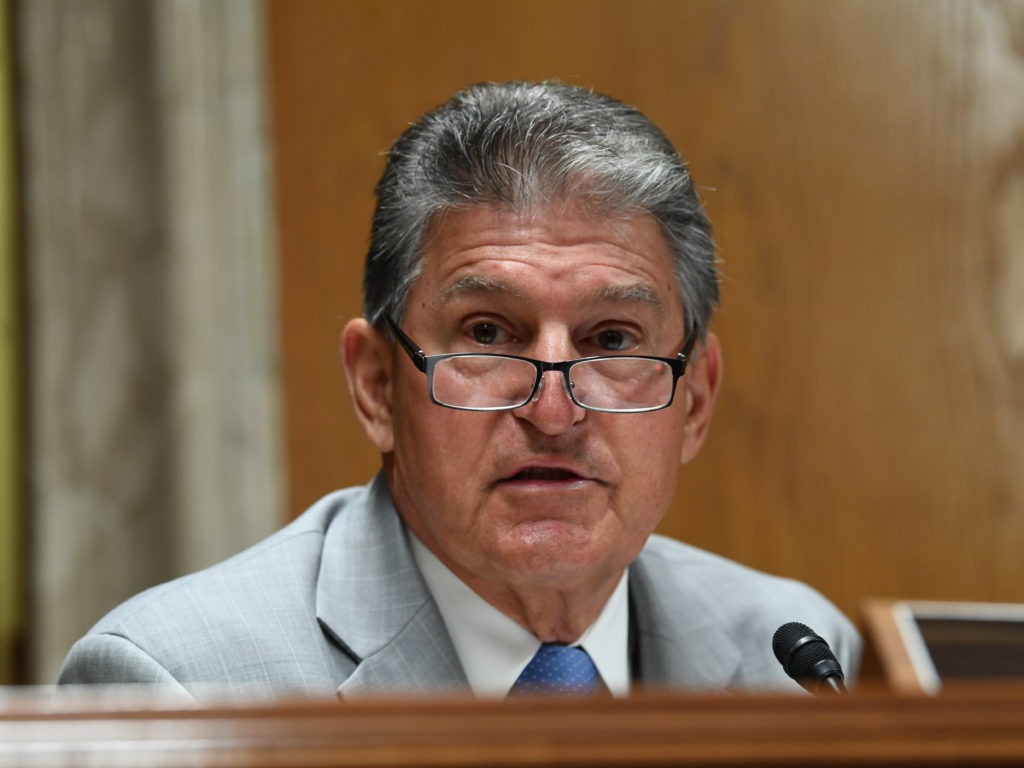 Earlier, Sen. Joe Manchin, a centrist Democrat from West Virginia, pushed the more than $900 billion measure that includes $180 billion in additional unemployment insurance that would provide an extra $300 weekly benefit for 18 weeks; $288 billion for the Paycheck Protection Program to assist small businesses; $16 billion for testing, vaccine development and distribution; $45 billion for airlines and mass transit; an extension of existing student loan payment deferrals and rental housing assistance; and a new liability provision to block pandemic-related lawsuits temporarily with the intent to give individual states time to develop their own legal response, among others.

“We’re battling COVID-19 more fiercely now than we ever have before, and we recognize that it’s inexcusable for us to leave town and not have an agreement,” Manchin said.

Speaking at the same event, Sen. Mitt Romney, R-Utah, said $560 billion of the package is repurposed money from the CARES Act enacted in March, with $348 billion in new spending. The topline figure is symbolic — exactly half of the $1.8 trillion offer made by the White House in October — but it is far less than the roughly $2 trillion that House Speaker Nancy Pelosi sought.

House and Senate lawmakers said they have informed their party leaders of their framework, but it has not been endorsed by leadership or the White House, leaving the path forward unclear.

White House press secretary Kayleigh McEnany focused on the GOP proposal instead of the bipartisan plan in a written statement. “The Trump administration has been in ongoing talks with Leader McConnell and [House GOP] Leader [Kevin] McCarthy about a targeted COVID relief plan. The $908 billion proposal has not been a topic of discussion,” she said.

The liability provision is a clear overture to McConnell, R-Ky., who has said he will not bring a bill to the floor that does not include liability protections for businesses, health care providers and schools.

But hours later, McConnell outlined his separate proposal to his members at their weekly lunch. He said the package should deal with the items that both sides can agree on now and expected that “the new administration” would be working on another one next year.

The majority leader acknowledged that whatever they bring up would need to pass the House. He suggested the $908 billion package pushed by the bipartisan group was not likely to be the final deal, saying that “we just don’t have time to waste time.” He added that the current administration is in place for now and said, “I think the way you make a law for sure is you know you have a presidential signature.”

Pelosi spoke by phone with Treasury Secretary Steven Mnuchin on Tuesday afternoon about an upcoming spending bill to avoid a Dec. 11 shutdown and additional stimulus measures. The must-pass bill is a potential vehicle to attach coronavirus relief before lawmakers adjourn this Congress and head home for the holidays.

The bipartisan proposal reflects growing interest on Capitol Hill to approve additional coronavirus aid while the pandemic rages across the country. “COVID has created a crisis, and in times of crisis, the people expect Congress to act,” Romney said.

GOP Sen. Roy Blunt of Missouri wasn’t optimistic about reaching a deal with only days left before Congress leaves for its extended December recess. “It seems like to me it’s pretty late to decide you’d rather have something than nothing,” Blunt said. “The whole idea of not being willing to negotiate until you’re down to the last week of negotiating time usually doesn’t produce a very good result.” But Blunt didn’t rule out a deal and indicated he’s more keen on the new price tag for the latest proposal, compared with a larger price tag from Democrats earlier this year.

“I think $900 billion would do a lot more good right now than $2 trillion will do in March. This is an important time to step up if we can.”

Sen. Chris Coons, D-Del., a key ally of Joe Biden’s, said he didn’t sign on to the proposal to avoid sending a signal that the president-elect is already on board. “I think it’s important that I not be misperceived as supporting something on behalf of the incoming administration. I don’t speak for them,” Coons said.

Democratic Rep. Dean Phillips of Minnesota said he met with Pelosi one-on-one before the Thanksgiving recess to urge her to move on a relief bill. Phillips is a member of the Problem Solvers Caucus, which previously pitched its own plan and which has endorsed the new bipartisan proposal.

And while he “celebrates” Pelosi’s efforts to get a larger relief bill, he said it’s time to reconsider with Congress running out of time.

“We have to try to move the needle. There have been seven months since we passed the CARES Act. And in the absence of anything — with two weeks before the holidays, essentially fewer than two — we have to do something,” Phillips said. “So I encouraged her thoughtful consideration. It doesn’t serve every need, every purpose. Not everybody will be thrilled. But this was based on not what do we want, it’s what we can achieve.”

GOP Sen. Richard Shelby of Alabama, chairman of the Senate Appropriations Committee, had some lingering concern about the $900 billion figure. But he didn’t rule out the possibility of adding an economic stimulus bill to a government funding bill that bipartisan lawmakers are working on getting to the floor later this month.

The additional lead lawmakers who helped craft the framework include GOP Sens. Susan Collins of Maine, Lisa Murkowski of Alaska and Bill Cassidy of Louisiana as well as Democratic Sens. Mark Warner of Virginia, Jeanne Shaheen and Maggie Hassan of New Hampshire, and independent Sen. Angus King of Maine.